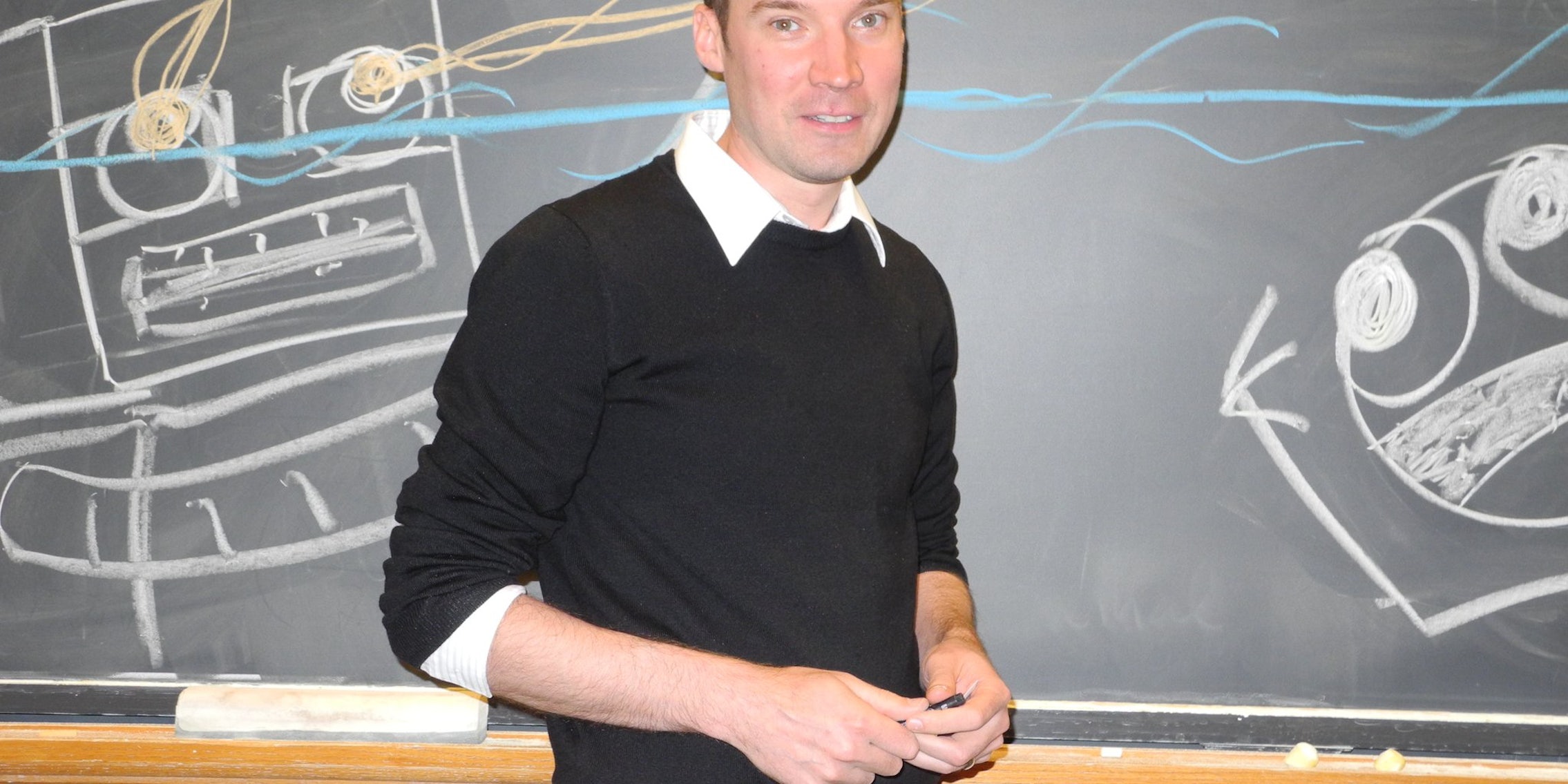 The colorful saga of Explodingdog

Sam Brown chronicles the history of his charming Web comic (and reveals his true identity).

The site, however, has yet to win over his five-year-old, Charlie.

“My son is very upset,” Brown told the Daily Dot. “He says, ‘Dad, I’m a better drawer than you because I know people have 5 fingers.”

Anatomical accuracy aside, as digital art goes, his style is iconic. His cartoonish subjects become somber and deep when placed in Seussian landscapes. His space dogs and glowing robots anticipate the future, but his simplistic captions—all reader submitted—render each image timeless. 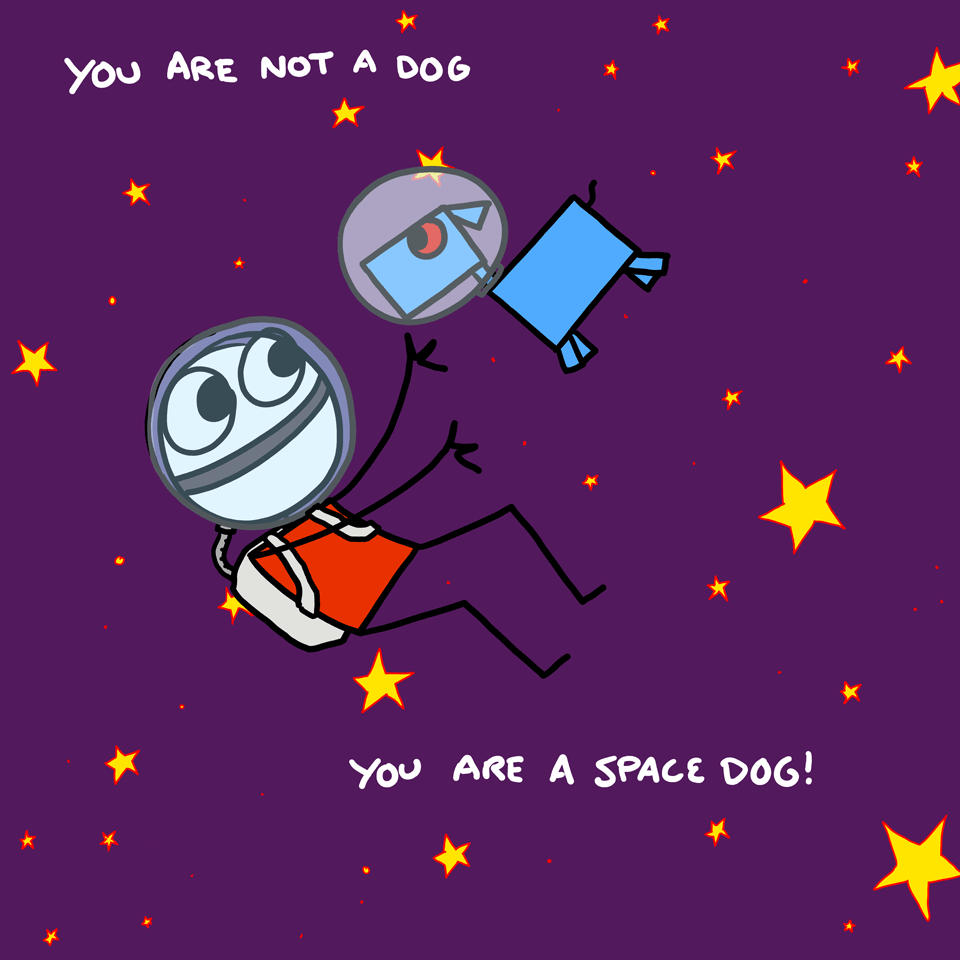 Sam Brown is actually Adam Culbert, a 34-year-old artist from West Hartford, Conn., who has been drawing under the pseudonym for 13 years. Brown said he developed the site in 1999, as a supplement to a class project at Hartford Art School.

“I had made a series of videos trying to do animation about dogs doing different activities, running, puking, orbiting in space, one of them was Exploding Dog,” he said.

“I first bought the domain to be an extension of the series of videos.”

But Brown grew bored of the project and stopped updating it. He left a note to readers stating that he would draw more if they sent him prompts.

What started as only a handful of ideas has turned into an almost overwhelming enterprise. These days, Brown gets more than 100 prompts daily—some as simple as “don’t fall,” others more specific (“I love your dead bird eyes in the morning”).

Though Brown’s drawings are frequently funny, he doesn’t consider his body of work to be a comic. (This hasn’t kept him out of cofounding the Dumbrella comic collective.)

“If people call it a comic, I don’t mind,” he said. “I never present it to people as that because I feel like it leads to expectations I’m not going to deliver on.” 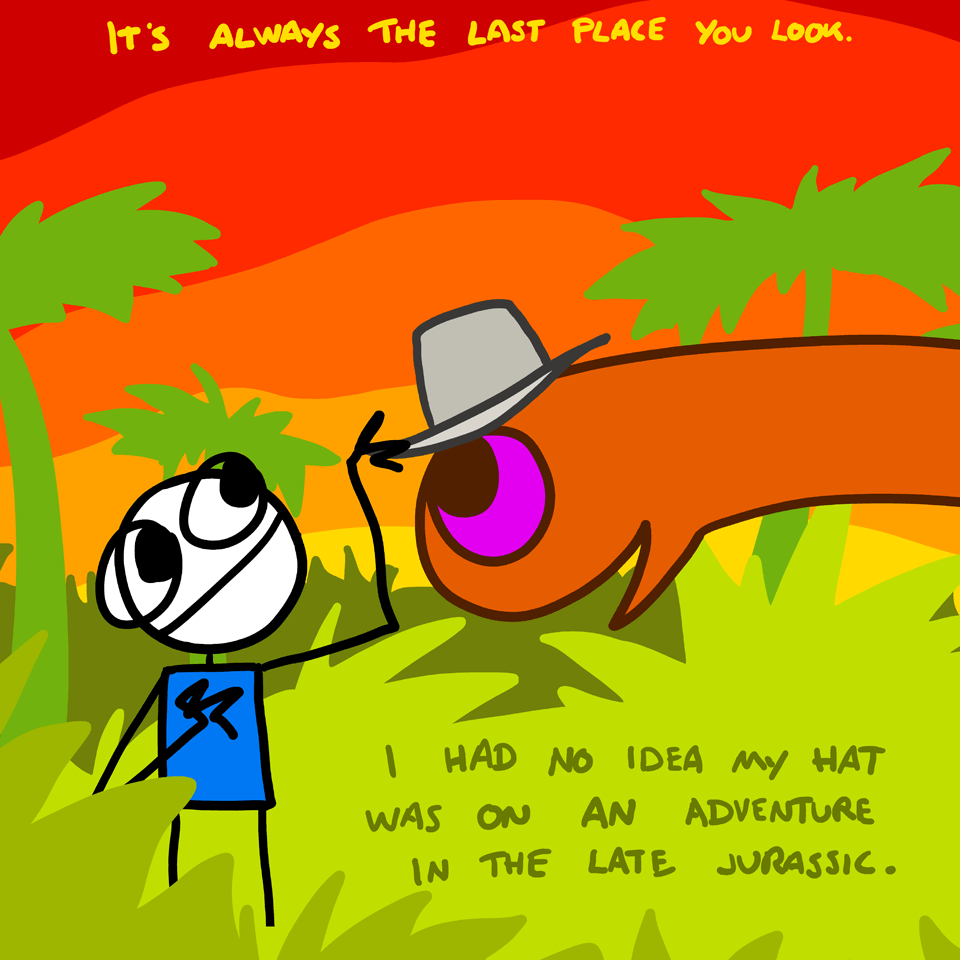 For example, Brown forgoes daily updates and clear, chronological continuity. Instead, he’ll go weeks without updating his site and then upload a dozen drawings at once.

But that doesn’t mean he’s not working on his art daily. In fact, Brown’s schedule is quite routine. Each day he works from 8 am to 4 pm while his kids are at school. His wife Elizabeth, a former museum employee, helps him frame and mail Explodingdog prints. Brown said he hasn’t had a “real job” since January 2001, when he was laid off from a dot-com enterprise.

“I have work to do pretty much every day,” said Brown, a regular contributor to the Daily Dot’s comics section. “Right now I’m working on some books planned to come out next year. One is about a robot and his friend and their relationship—it’s a children’s book.”

Brown makes a good chunk of his living off of books and prints, but he doesn’t worry about copyrighting his work. When good friend and fellow cartoonist R. Stevens of Diesel Sweeties asked to use his iconic Red Robot character for his own comic, Brown happily complied. 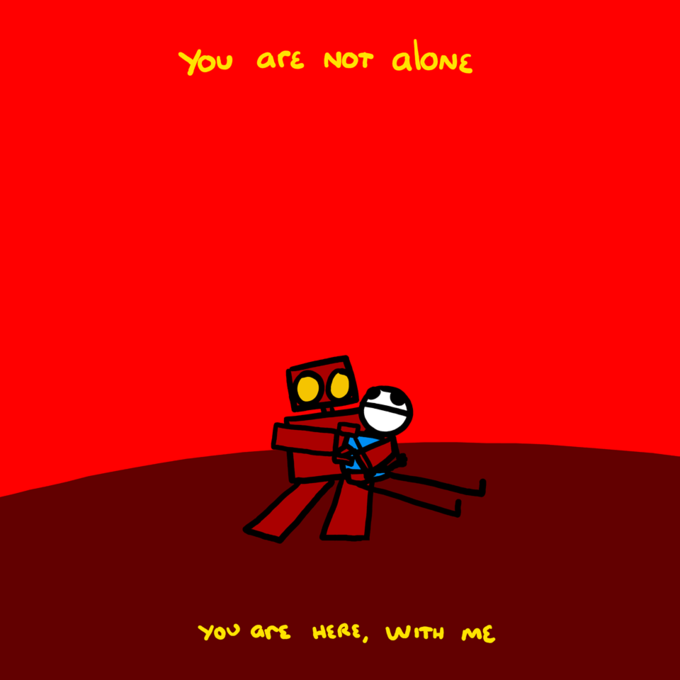 “If somebody was trying to stop me from doing what I was doing it would bother me, but I guess I just don’t mind sharing,” he said.

The artist doesn’t even mind that much when he’s plagiarized, saying it’s “not a big deal.” That’s because Brown’s so well established on the Internet that plagiarists are quickly named, shamed, and stopped—usually before Brown even has to step in.

“I’ve been around long enough that people have been able to point out, ‘This is Explodingdog.’  I get emails from teachers or professors saying that somebody submitted my drawings as their artwork. That’s kind of funny to me—this kid’s getting in trouble now.”

Brown’s brand is so strong that he can use his artwork for advertising—like this 2007 G4 campaign—without worrying about diluting it. What matters, he said, is the mood of each illustration, which is dictated by the prompts his varying audiences offer.

“My [Daily Dot] drawings have become their own series,” he said. “They have their own tone that wouldn’t be on my other sites.

No matter where Brown draws, however, the magic of Explodingdog transcends that space, making each drawing relatable in its own quirky way.

“I think because [my drawings are] so open that they can be used to identify with parts of many different people’s lives,” Brown reasoned.

Soon enough, his son will see that, too. 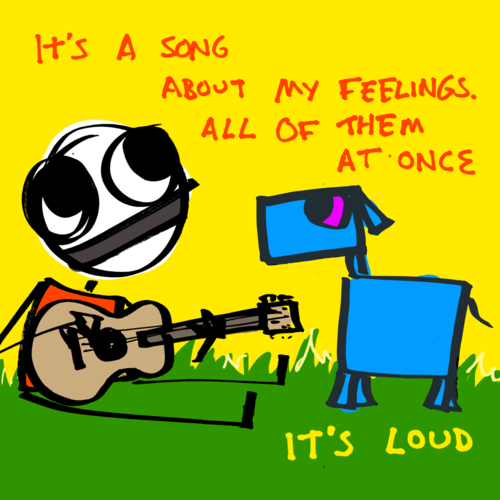 Photo and illustrations by Explodingdog