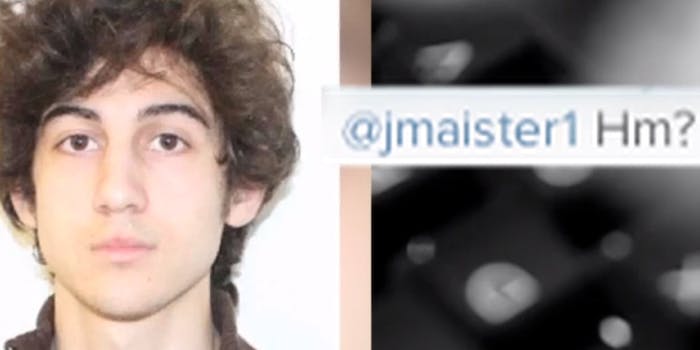 Boston Marathon bombing suspect Dzhokhar Tsarnaev had an Instagram account he deleted before the attacks took place two weeks ago, according to friends.

Tsarnaev apparently used the account, @jmaister1, to like a photo of a deceased Chechen warlord. He also liked photos that used hashtags such as #FreeChechenia, #Jihad, #Jannah, #ALLAH, #Jesus, and #God.

In its Terms of Service, Instagram says that if subpoenaed, it will turn over users’ information. However, it notes that the information might only be stored for a short time due to the volume of content that floods the service.

Investigators surely hope the Instagram profile will help paint a more complete picture of a man accused along with his brother of carrying out violent attacks that shook the Boston area this month.

Dzhokhar and Tamerlan Tsarnaev were the main suspects in the bombings in which three people died and more than 170 were injured on April 15.

Tamerlan died a few days later in a shootout with police. A few hours before, a Massachusetts Institute of Technology police officer was found shot dead while another officer was critically injured. Dzhokhar was apprehended late Friday after residents of the Boston area suffered a day-long lockdown.

The social media accounts of the brothers have helped paint a picture of their lives as investigators try to determine why and how they allegedly carried out the attacks.