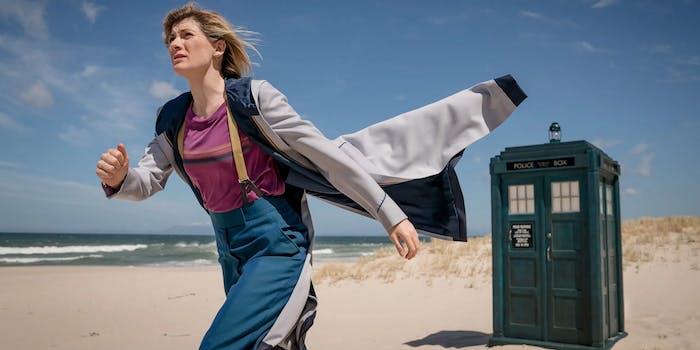 Why does the BBC’s ‘Doctor Who’ FAQ try to ban people from posting fanfic?

Fans unearthed a section of the 'Doctor Who' website that says fanfiction is 'not permitted.'

Doctor Who has been around for more than 50 years, fueled by its extraordinarily dedicated fandom. And like many long-running fandoms, this involved a lot of fanfiction. That’s why some fans had a nasty surprise when they discovered a section of the official Doctor Who website where the BBC attempts to discourage fanfic.

In the FAQ section of the BBC’s Doctor Who website, you’ll find a question about whether it’s OK to write fanfic. The answer says that it’s fine for fans to write “for your own enjoyment, but we should remind you that it is not permitted for you to publish this work either in print or online.” In 2021, this comes across as a bizarrely negative and old-fashioned attitude.

From the 1960s to the 2000s, when fanfic was gradually becoming a more prominent element of fan culture, certain media companies and professional authors expressed this kind of public disapproval. Lucasfilm and novelist Anne Rice are a couple of high-profile examples. But at the same time as this was happening, plenty of fanfic readers and writers became professional creators, including two recent Doctor Who showrunners, Russell T. Davies and Steven Moffat. Both wrote Doctor Who fanfic in one way or another and went on to write for the show itself. Like Star Wars, Marvel, and other long-running franchises, there’s a symbiotic relationship between Doctor Who fandom and canon.

Legally speaking, this BBC FAQ page is meaningless to Doctor Who fan writers. As long as they aren’t trying to make money from copyrighted material, it’s perfectly legal to write and post fanfic online. Not only that, but the BBC clearly isn’t enforcing this policy. As of now, there are more than 67,000 Doctor Who fanfics available on Archive of Our Own alone. And on another part of the Doctor Who website, the BBC actually gives tips on how to write and structure your fanfiction.

As one fan pointed out on Twitter, these Doctor Who FAQs haven’t been updated in a long time. If you go to the Wayback Machine, the earliest screenshot of this page is from 2014, and it shows exactly the same answer to the fanfic question. So this blurb has been around since before 2014; although even then, it would’ve felt pretty dated.

Given that there are no other signs of the BBC trying to discourage fanfic (unsurprisingly, given the presence of fanfic writers on the Doctor Who writing staff), this seems like a simple case of someone forgetting to update the website. But it is an eye-opening reminder of how media companies used to respond to fan culture.

We’ve reached out to the BBC.