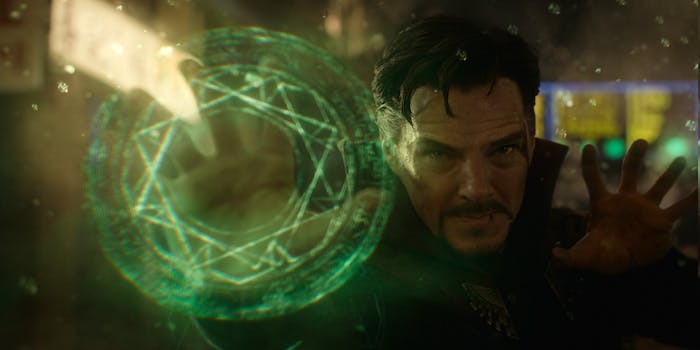 Marvel reveals Doctor Strange was originally meant to be in ‘WandaVision’

The show planned to include a cameo from Benedict Cumberbatch.

There was a lot of speculation about A-list Marvel cameos in WandaVision, especially leading into the final episodes. Paul Bettany even sparked rumors by hyping up a cameo that turned out to be… a second Paul Bettany. But the smart money was on Doctor Strange, a character who never actually showed up on-screen.

Since Scarlet Witch will co-star in the next Doctor Strange movie, and Strange himself is the most famous magic-user in the MCU, he seemed like an obvious choice. And as it turns out, WandaVision‘s creators thought so too. In a new interview with Rolling Stone, MCU producer Kevin Feige revealed that Benedict Cumberbatch was originally meant to appear in WandaVision.

Marvel went as far as contacting Cumberbatch to film scenes for the finale, but the show’s creators eventually chose to write him out. “It would have taken away from Wanda, which is what we didn’t want to do,” Feige explained. “We didn’t want the end of the show to be commoditized to go to the next movie—here’s the white guy, ‘Let me show you how power works.’”

This explanation lines up with the reason why many fans didn’t want Doctor Strange to show up in WandaVision. He isn’t relevant to Wanda Maximoff’s story at this point in time, and the show already included a magical mentor in the form of Agatha Harkness. Plus, an increasing number of fans are irritated by the MCU’s love of cameo crossovers, constantly leading into new spinoffs instead of allowing stories to conclude on their own.

Apparently this also meant that Doctor Strange in the Multiverse of Madness had to be (slightly) rewritten, giving the two lead characters a new introduction. But that’s fair enough, because a lot of Doctor Strange viewers wouldn’t have seen WandaVision anyway.