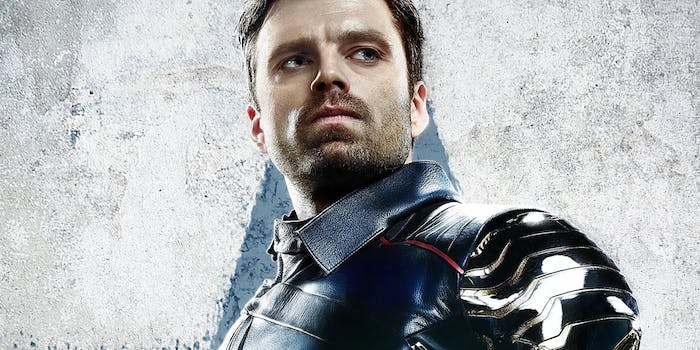 Why is it smart when Batman carries Kryptonite but wrong when Wakandans can shut off Bucky's arm?

The last episode of Falcon and the Winter Soldier saw a confrontation between Ayo of the Dora Milaje (Florence Kasumba) and Bucky Barnes (Sebastian Stan) during which she triggered a failsafe built into his vibranium arm, causing it to shut down and detach from his body. The existence of the failsafe has triggered a debate among fans, and while most seem firmly on the side of the Wakandans and the failsafe feature, not everyone agrees.

The debate over Bucky’s detachable arm

The debate went viral thanks to actor-director Stephen Ford, who tweeted that the installation of the failsafe was “really messed up,” undermining Bucky’s recovered autonomy and revealing that the Wakandans had never trusted him in the first place.

However, as some fans were quick to point out, that mistrust was turned out to be justified as Bucky had just broken Baron Zemo, the man who killed King T’Chaka, out of prison.

Why Wakandans have a right to not trust Bucky

While some people focused on Bucky’s past as a brainwashed super-soldier, and the validity of having some kind of failsafe in case the deprogramming hadn’t been entirely successful, others wanted to talk about a more systemic issue. Namely colonization and the fact that the Wakandans have a long history of distrusting anyone from outside of Wakanda, white people in particular.

Add to that the long history of white male characters creating or using similar technologies against their friends and protégés—and the entirely different reception their actions receive compared to the Wakandans—and it’s clear that this is yet another case of a familiar double standard.

In fiction, just like in real life, Black people are expected to accommodate the needs and emotions of white people before they see to themselves. The idea that Bucky’s feelings should outweigh the safety of Wakanda and that they should have left themselves open to a potentially serious threat because of that is just another example in a long line of many.