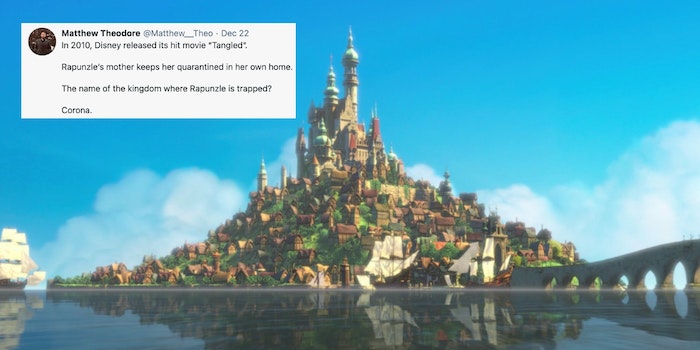 'I was today years old when I learned that the kingdom in Tangled is called Corona.'

Internet users are convinced that the 2020 coronavirus pandemic was predicted in Disney’s 2010 hit film Tangled.