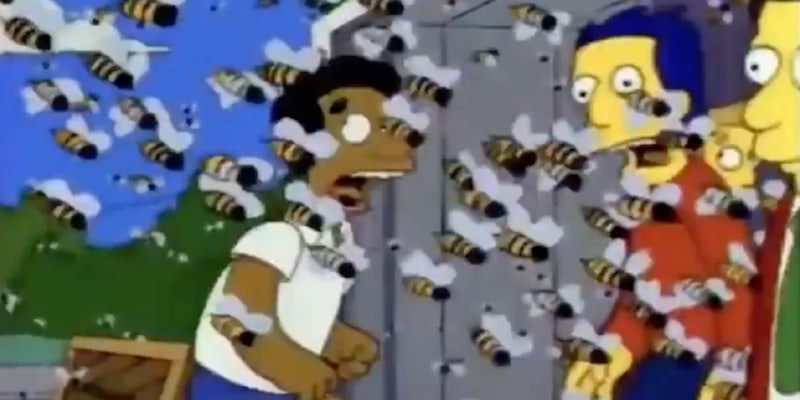 Some think it previously 'predicted' the helicopter crash that killed Kobe Bryant and self-quarantine. Now, they think it predicted murder hornets.

The internet has been reeling as it seems the Simpsons predicted yet another event that materialized in 2020.

So far, the animated family sitcom seems to have eerily foretold the coronavirus self-quarantine. Some think it also predicted the helicopter crash that killed Kobe Bryant. Now murder hornets have been added to the grave list.

Recent reports revealed Asian “murder hornets” were found in the U.S. for the first time.

A Simpsons episode from May 6, 1993, has surfaced with an uncanny semblance to recent happenings, causing many to take notice.

“The Simpsons doesn’t predict the future…there’s just so many episodes…’ May 6, 1993: A Simpsons episode plot has the town of Springfield getting sick with a flu that originates in Asia. While the town begs for a vaccine, murder bees show up,” Rovell tweeted, along with the clip in question.

Many couldn’t fathom how the television show had seemingly done it again.

“This doesn’t sit right with me and Idk how to feel,” one spooked user wrote.

In response to another viral tweet claiming the Simpsons predicted 2020, one of the show’s writers, Bill Oakley, stated, “ok fine i guess we did.”