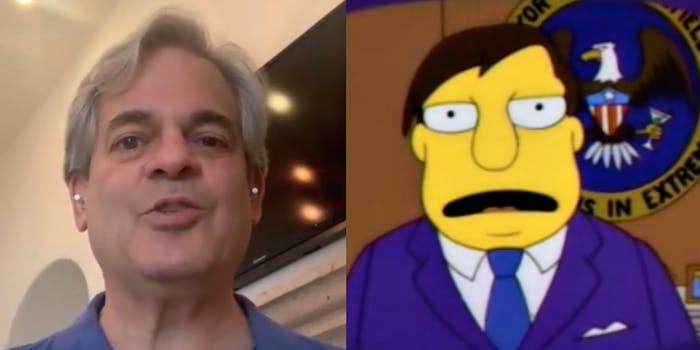 Both mayors went on a tropical vacation during a disease outbreak.

Austin Mayor Steve Adler is in hot water after telling Texans to “stay home” while vacationing in Cabo amid the coronavirus pandemic. But as it turns out, Adler isn’t the first mayor to do so.

Austin American-Statesman journalist Tony Plohetski revealed on Wednesday that while telling the public not to become relaxed in a Nov. 9 Facebook video, the Texas leader was doing exactly that in Mexico.

“EXCLUSIVE: Austin Mayor Steve Adler told the public to ‘stay home if you can… this is not the time to relax’ in a Nov. 9 Facebook video,” Plohetski tweeted. “He did not disclose that he was at a timeshare in Cabo San Lucas after flying on a private jet with eight family members and guests.”

The story, far from the first involving a politician’s hypocritical actions during the pandemic, resulted in thousands of angry responses.

Incredibly, the trip to Cabo came after Adler hosted a wedding for his daughter, which included 20 attendees.

But the biggest surprise came from a commenter on Twitter who noted that this exact scenario already played out years prior on the popular animated sitcom The Simpsons.

One episode of the show, which has found itself at the center of numerous conspiracies due to its inadvertent predictions of some future events, involves Springfield Mayor Joe Quimby addressing the public during an “epidemic” while on vacation.

“Simpsons Did It!” @AbeLopezAuthor wrote.

In the clip, Quimby tells the public during a television appearance that he has canceled his trip to the Bahamas due to a flu epidemic in Springfield.

The camera eventually pans out to reveal Quimby on a Bahamian beach as a local drummer enters into frame.

Plohetski, the journalist who broke the story involving Adler, noted that the mayor “did not violate his own order or those by Gov. Greg Abbott” and has reportedly followed safety guidelines during his outings.

While it’s uncertain whether the creators behind The Simpsons have caught on to the story, another episode made headlines this year that involved killer bees (or murder hornets) swarming the town while residents wait for a flu vaccine.