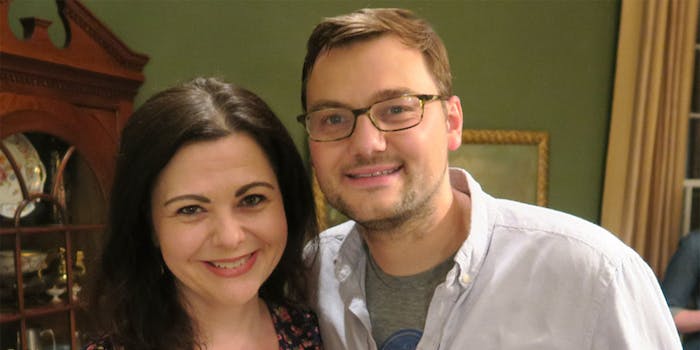 The co-host of the 'Total Soccer Show' reached a growing American fan base.

In a brief podcast message to listeners released Friday morning, Grove’s co-host Taylor Rockwell expressed thanks to soccer fans who showed support and admiration for Grove’s work in his final days.

“I can only speak for myself right now in saying that the outpouring of support and love and prayer and positivity has been one of the most humbling reminders of the goodness of humanity that I’ve ever experienced,” Rockwell observed. “And given the age we live in, that is no small matter.”

“So many of the messages I’ve read about Daryl have rightly talked about his compassion, his friendliness, his strength, his empathy,” he continued. “I could keep listing and not stop for a very long time. But when we lose loved ones, I think we naturally sort of elevate them, and Daryl wasn’t a saint, though in dealing with me sometimes in very late-night recording sessions when I was kind of hangry, he had the patience of one.”

“But it does feel like he was a saint,” he added. “Because he worked so hard to be a positive person. He was a man who woke up every day with, from my perspective, the absolute goal of making life better for those around him, and that level of effort isn’t easy. It takes a belief in the goodness of the world and one’s ability to help out to believe that even the smallest gesture or kind word can make a difference.”

On Monday, the manager for Grove’s GoFundMe page announced that he was transitioning to hospice care. His doctors made the determination nothing more could be done to fight the disease. Grove was diagnosed with stage IV colon cancer that had spread to his liver in January 2019. He took his fight public and gave occasional updates as to his treatment on the podcast.

Grove’s long-running podcast, part of the Athletic’s network since January 2019, catered to a broad spectrum of soccer supporters. It started in 2009 as a radio show, moving to a podcast in 2012.

Grove and Rockwell created a spinoff podcast last year to introduce newcomers to key soccer concepts, institutions, and rivalries. Their main podcast combined analysis, commentary, and humor—delivered with a pace and confidence that made it stand out in the sports podcast genre.

Grove was based in Richmond, Virginia, but was born in England. His LinkedIn page notes he graduated from the University of Birmingham in 2001 with a B.A. in English. He then pursed his M.A. in Film Studies from University College in Dublin, earned in 2003. Grove also edited the soccer vertical for Paste magazine, finding a crossover audience of soccer-curious music fans in the process.