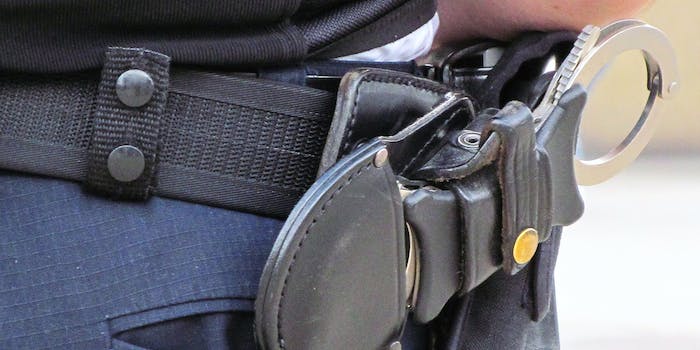 Will this dispel the tension in Ferguson?

After a week of arrests, death, looting, misinformation, heated debate and passionate protests that spread across the United States, the world now has the name of Michael Brown’s killer.

Wilson has served on the Ferguson Police force for six years, and has no previous history of disciplinary action. Jackson reportedly told CNN that Wilson is “devastated” by his actions.

Police say Brown was the “primary suspect” in the robbery that took place in the minutes before Wilson confronted him. A packet of information released to the press appears to show that Brown was in the store.

However, police officials say Wilson did not know about Brown’s alleged involvement in the shoplifting incident when he killed Brown—a key fact not made clear in the announcement of Wilson’s name, which continues to breed mistrust between law enforcement and citizens in Ferguson.

Police also released still images from surveillance footage of the robbery. Police information reportedly indicates that Brown is the man pictured below, grabbing the store’s clerk, who confronted Brown and another man after they allegedly attempted to steal a box of cigars. The other suspect is Dorian Johnson, 22, who is also believed to be the closest eyewitness to the shooting of Brown.

A member of the crowd at the Ferguson press conference began loudly questioning why police failed to mention reports of a robbery in the week since Brown’s death.

Witnesses say Brown died after Wilson shot him as he fled a police vehicle with his arms raised. Video released this week on YouTube confirms eyewitness reports that officers left Brown’s body in the street, covered by a white sheet, as a neighborhood crowd gathered.

Ferguson and St. Louis police withheld the name of officer Wilson throughout the week, citing concern for the safety of him and his family and an impending investigation into the shooting death of Brown. The decision to keep Wilson’s name secret was one of the primary factors that fueled citizen unrest over the past week.

On Thursday, an Anonymous activist released the name and home address of a man alleged to be Brown’s killer. That name was quickly refuted by the St. Louis County Police Department, but not before an outpouring of death threats against him flowed in over social media. Twitter later suspended @TheAnonMessage, the popular account that released the inaccurate name.

Missouri Governor Jay Nixon successfully eased tensions in Ferguson on Thursday night after he tasked state highway patrol with controlling security in the city, which endured days of unrest.

St. Louis County Police, the force in charge of crowd control in the city the week before, came under fire after bombarding protesters on Wednesday night with tear gas and rubber-coated bullets, and arresting journalists who were covering the protests.

This story is developing. We will update with more information as it becomes available.