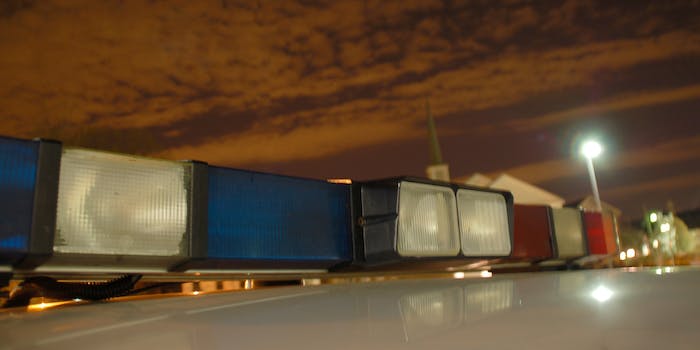 ‟Police just shot this man for no reason”

Warning: This article contains video footage that is graphic in nature, and may trigger or upset some viewers.

A video posted to YouTube earlier this week provides a shocking view of the events immediately following the shooting death of a African American teenager at the hands of police in the St. Louis suburb of Ferguson. Mo.

The disturbing video shows the body of Michael Brown lying face-down in the middle of the street, while a crowd gathers to look on from behind lines of yellow police tape.

“I just watched a man go down. He just fucking killed him, period,” says a voice on the video, presumably belonging to the camera operator who claims to have witnessed the incident. ?There was no trying to protect himself or nothing, he killed him. … Police just shot this man for no reason.”

This description seems to be consistent with other eyewitness accounts of what occurred. However, St. Louis law enforcement officials have insisted Brown was killed during a struggle over a gun. Officials have also refused to release the name of the officer who shot Brown, citing death threats and an impending investigation.

One of the main things notable in the approximately five-and-a-half minute video, which looks like it was taken using a cell phone camera, is that no ambulances are visible on the scene. The police on hand appear far more concerned with keeping the crowd back from the body than with the body itself.

Bystanders in the video, who seem to have been watching the ongoing events since the shooting occurred, said that no ambulances ever appeared. Instead, Brown’s body was covered with a sheet and loaded into a police SUV.

Midway through the video, it cuts to footage of police attempting to clear a protest that occurred on the scene that same evening. As police officers, armed with assault rifles, walk down the street, bystanders can be heard yelling, ?Klu Klux Klan.”

The crowd then gathers in the street, facing a group of police officers, and holds their hands up in the air—a reference to reports that Brown was holding his hands aloft, to show that he was unarmed, when he was shot.

That initial protest soon expanded and triggered a massive police crackdown in the city that saw demonstrators being hit with tear gas and rubber bullets, as well as dozens of arrests and detainments—including reporters from the Washington Post and the Huffington Post.

Those protests will be going national on Thursday evening, when a series of vigils for people unfairly killed by police, called the National Moment of Silence, along with the hacker collective’s purportedly nonviolent ?Day Of Rage,” will be taking place.