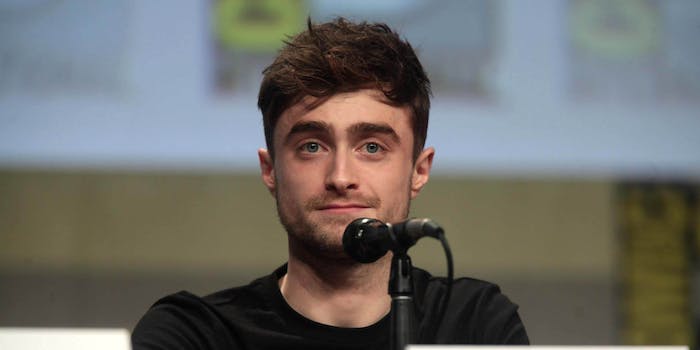 No, Daniel Radcliffe does not have coronavirus

A tweet alleging to come from the BBC on Tuesday claimed that actor Daniel Radcliffe had tested positive for the coronavirus (COVID-19).

“BREAKING: Daniel Radcliffe tests positive for coronavirus. The actor is said to be the first famous person to be publicly confirmed,” the tweet said.

The page that made the claim, however, was not the BBC, but a fake account that appeared nearly identical.

Users quickly noticed that the account in question had roughly 122 followers. The link provided in the tweet did not direct to a story about Radcliffe either, but to a genuine BBC page that hadn’t been updated since 2017.

The fake account was suspended not long after, which resulted in the false tweet being removed from the platform as well.

The Daily Dot attempted to reach the BBC for comment but did not receive a response by publication time. The news agency has not yet publicly commented on the incident either.

Radcliffe’s publicist, according to BuzzFeed News reporter Jane Lytvynenko, has since described the claim as untrue.

Despite the account being taken down relatively fast, the false claim managed to spread even outside of Twitter.

This is not the first time that the Harry Potter star has found himself at the center of fake news. Like many other celebrities, Radcliffe has been the victim of death hoaxes that claim he has passed away on numerous occasions.