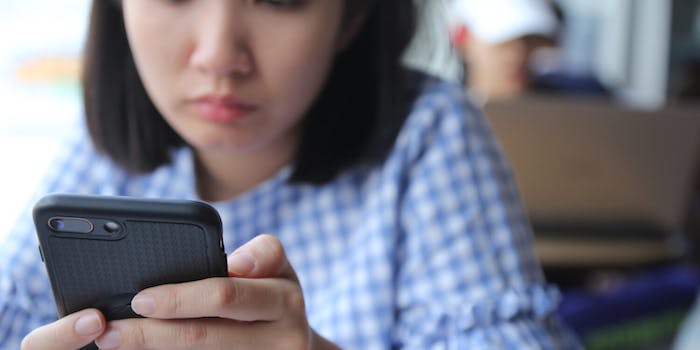 'People are scared, we just want our lives back.'

As the coronavirus spreads around the world, citizen journalists and medical professionals are using the dating app Tinder to communicate with residents quarantined the virus’ epicenter.

Individuals are employing Tinder Plus and Tinder Gold, which allow a user to swipe in any location around the world, to bypass government censorship and gatekeepers and connect to people in Wuhan, China, BuzzFeed News reports.

Twitter user @drethelin, told Buzzfeed News that Wuhan residents found out information by talking to each other and that he suspected the Chinese government was holding back information from the public.

“I learned the quarantine is not exactly soldiers on every block keeping people in, it’s more like your neighbours will snitch on you if they see you out and about,” @drethelin wrote to BuzzFeed News. “But I probably could have learnt that from public sources if I did more research.”

@drethelin did not immediately respond to the Daily Dot’s request for comment.

James, an English teacher behind the MediaVSReality blog, also used Tinder to speak to residents in Wuhan and released screenshots of messages with them on Jan. 27.

“As you probably know, a coronavirus that originally appeared in the city of Wuhan is now spreading throughout China and the rest of the world,” James wrote in his blog. “The citizens of Wuhan are currently quarantined. All of the transport out of the city has been cut off.”

James said he used Tinder’s “passport” feature to “transport” himself to Wuhan and hear what residents had to say.

“‘People are scared, we just want our lives back,” one user wrote to James.

Residents told him, at least, “there’s plenty of food in the supermarket.”

Tinder is also taking steps to notify its users about the coronavirus. In an alert, the dating app told users to wash their hands, carry hand sanitizer, avoid touching their faces, and maintain social distance in public gatherings.