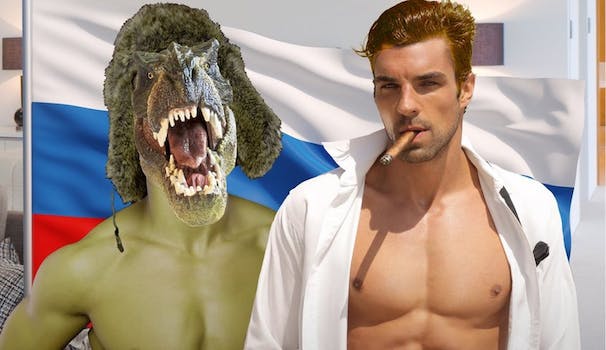 Erotica has already been written about Trump’s alleged golden shower

'Domald Tromp' gets peed on and blackmailed by a Russian T. rex.

It’s still not clear whether the allegations about Trump are true in the real world, but in the Tingleverse, they’re practically canon. There are a few key differences, though. “Dom Tromp,” cameraman in tow, checks into a Russian hotel called the Buttz Carlton, and soon gets all juiced up to try some ground unicorn. Which is illegal in America.

“What kind of fucked up thing are you looking to do while you’re here?” the hotel concierge asks Tromp.

The big sex scene is exactly what you’ve come to expect from Tingle and his Hugo-nominated prose. You will laugh, but it’d be hot if it happened between anyone other than Donald Tr—, I mean, “Domald Tromp” and a dinosaur gigolo.

The book is just the latest facet of Tingle’s anti-Trump activism. During the debates, he started a fact-checking site that depicted the future president as a thousand space crabs wearing human skin. Earlier this week, he spun that out into Buttbart, a parody of the alt-right website Breitbart.