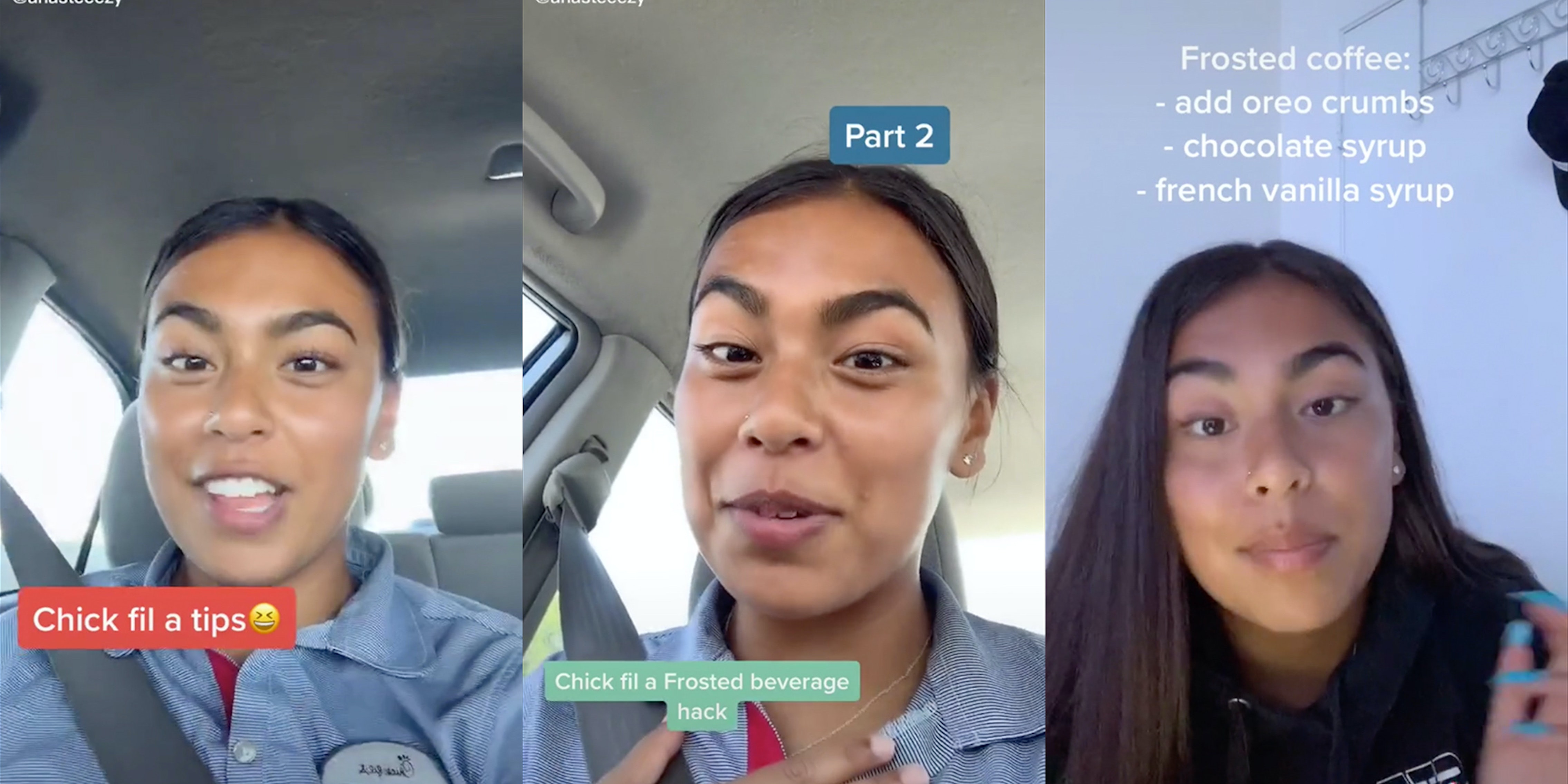 'I'm actually on my way to get fired now.'

In a recent series of viral TikTok videos, a Bay Area teen offered followers a slew of Chick-fil-A secret menu hacks and subsequently ended up allegedly losing her job at the popular fast-food chain.

The TikToker, who is dressed in a Chick-fil-A uniform and goes by @anasteeezy on the platform, begins by letting viewers in on how they can bypass the ordering system to get popular items at cheaper price points, including the seasonal mango passion tea. She recommends ordering a large Arnold Palmer, a mixture of tea and lemonade, and requesting that four pumps of mango syrup be added. This will, according to @anasteeezy, result in a double-sized drink for nearly the same price.

In the next video, @anasteeezy reappears to say that she’s “on her way to be fired,” presumably, for “leaking” details in the previous TikTok.

She continues by following up with another video, sarcastically recounting her experience working for—and eventually being let go from—the chain. “N that’s why it’s fucc chick fil a,” she wrote in the caption.

Lastly, she finishes her video series by leaking a few final hacks from the restaurant’s menu, including ways to spruce up an iced coffee order, receive free sandwiches by filling out surveys listed on receipts, and how to get two sandwiches for the price of one, among other tips.

She closes out the TikTok by stating that the restaurant gives discounts to all police officers, including text that reads “#DefundThePolice” across the top of the video. “And that is why we don’t support Chick-fil-A,” she says.