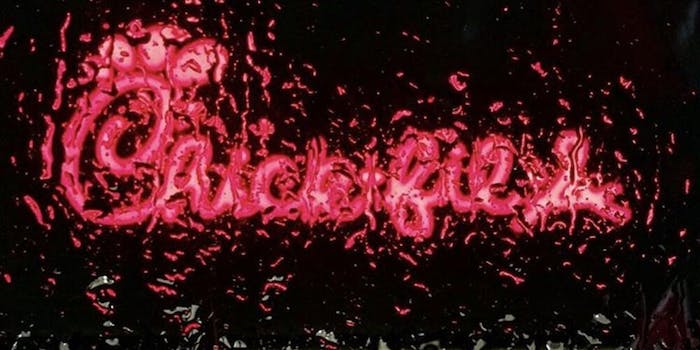 Conservatives are calling it a 'betrayal.'

Chick-fil-A announced on Tuesday it would stop donating to two charities with a history of anti-LGBTQ discrimination, and prominent conservatives melted down over the news on social media.

Chick-fil-A developed a reputation for homophobia in 2012 when Chick-fil-A CEO publicly condemned same-sex marriage, and reports revealed the company was donating to anti-LGBTQ organizations. Many LGBTQ people and their allies have boycotted the fast-food chain since then. But another group of people had the opposite response.

Conservative pundits and politicians rallied around the Chick-fil-A CEO’s homophobic statements, praising the company for not bowing to pressure from the left and continuing support of organizations labeled as hate groups. Former Arkansas Gov. Mike Huckabee even created a Chick-fil-A Appreciation Day.

Seven years later, Chick-fil-A has announced that going forward, it’s “introducing a more focused giving approach to provide additional clarity and impact with the causes it supports.” This really means the company will no longer be contributing to the Fellowship of Christian Athletes or the Salvation Army, both of which opposed same-sex marriage and have been accused of anti-LGBTQ discrimination in recent years.

Many of the conservatives who praised the fast-food franchise for fighting against LGBTQ rights say they feel betrayed. Huckabee himself said on Twitter that he regretted his support and that Chick-fil-A “betrayed loyal customers for $$.”

In Aug 2012, I coordinated a national @ChickfilA Appreciation Day after they were being bullied by militant hate groups. Millions showed up. Today, @ChickfilA betrayed loyal customers for $$. I regret believing they would stay true to convictions of founder Truett Cathey. Sad.

.@ChickfilA had invaluable brand loyalty because of their beliefs and convictions.

Their customers were brand ambassadors who appreciated that they stood their ground while the rest of corp. America caved to leftist radicals.

Chick-Fil-A has survived and thrived because they served everyone AND refused to cater to the cancel culture. Now they’ve caved at the behest of the censorious Left. This is a terrible move and just the latest indicator that the center cannot hold. https://t.co/dyb0Vbp5QS

Chick-fil-A says it will still donate funds to fight homelessness and hunger, just not to those two particular organizations. Many people were eager to point out the ethical failings of the outrage from the right.

Weird how you dorks are always saying we should let the market decide, and then filling an angry diaper when that doesn't go the way you thought it would

Chick Fil A being cancelled by the right for no longer donating to anti-gay foundations and instead donating to feeding the hungry. Real betrayal of Christian values there, chicken restaurant!

Also conservatives: Chick-fil-A stopped donating to those groups so I’m going to boycott!

For many who had chosen not to eat at Chick-fil-A for years, it’s too little too late. The company’s nondiscrimination statement notably does not include sexuality or gender identity. The WinShape Foundation, run by the family that owns Chick-fil-A and funded almost entirely by its profits, has donated millions of dollars to organizations that fight against LGBTQ equality.