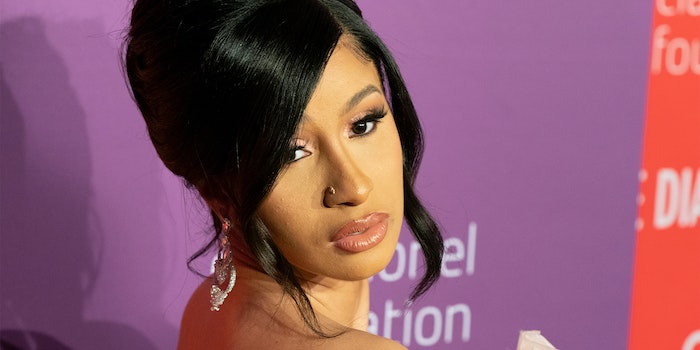 She then challenged fans to share their charity receipts so she could match their donations.

Twitter users dragged Cardi B on Sunday for her “tone-deaf” tweet in which she asked if she should buy an $88,000 purse.