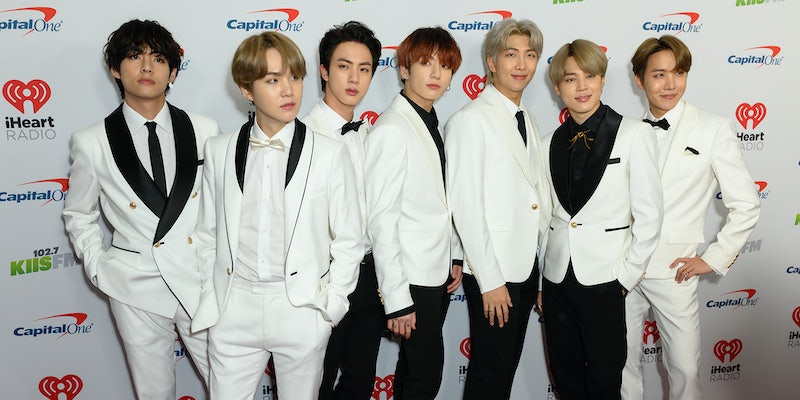 ‘Who really needs who?’: BTS lost at the Grammys. BTS ARMY isn’t taking it well

The 2022 Grammys avoided any Will Smith-sized scandals, but one topic is still dominating social media the morning after: BTS being shut out of the awards.

Like last year, the K-pop group was nominated for best pop duo/group performance. And like last year, they lost out. Doja Cat and SZA’s “Kiss Me More” beat BTS’ “Butter” to the award, resulting in outcry from the BTS ARMY. Now the hashtag #Scammys is trending on Twitter, as BTS fans complain about the snub.

Snubs and fandom backlash are par for the course after every awards show, but BTS still stands out. It’s arguably the biggest band in the world, so it’s kind of wild that it hasn’t won a Grammy yet. And, of course, the fanbase is notoriously active on social media. A two-year run of Grammy snubs is definitely enough to incur the wrath of the ARMY.

Some fans also accused the Grammys of using BTS for ratings, since the band was one of the main performers at last night’s show. The accusation here is that the Grammys organizers got what they wanted from BTS (the publicity of a live performance, and an extremely viral moment between Kim Taehyung and Olivia Rodrigo), while the band itself got a bad deal. In turn, this ties into a long-running sense of resentment about the American music industry benefiting from the popularity of BTS and other K-pop groups, without fully acknowledging K-pop’s cultural impact on the same level as American artists.

But while the American music establishment is still slow on the uptake when it comes to K-pop, a Grammy performance is always a crapshoot for any nominee. This year Billie Eilish and Lil Nas X were in a similar position to BTS, performing live at the ceremony but ultimately losing out. That’s just a risk these artists have to take.