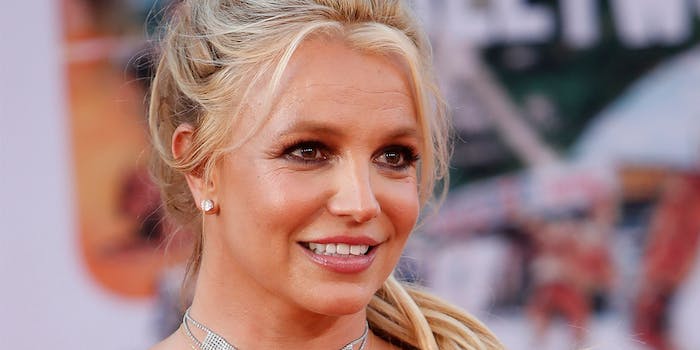 Britney Spears made a rare appearance on Wednesday to address how her 13-year-long conservatorship has affected every aspect of her life and left her “traumatized.”

Spears joined a virtual hearing on her conservatorship, led by Judge Brenda Penny, and gave lengthy, emotional testimony, revealing how much she’s been made to do against her will. Spears said the public face she puts forth for her fans, much of it via Instagram, is “a lie.”

“I’ve been so angry and I cry every day,” she said.

Spears’ public statement was a major validation for the Free Britney movement, which has long held that she is in the conservatorship against her will, in large part because of her father Jamie Spears. But some of the things Spears revealed could be considered criminal. In her statement, Spears said after she objected to doing a Vegas show, she was abruptly put on Lithium (after being on a different medication for five years), which incapacitated her: “Not only did my family not do a goddamn thing, my dad was all for it,” she said.

She compared her situation to “sex trafficking,” in that she works but has no access to her finances, and no real privacy or agency in her own home. She also said that as part of the conservatorship, she’s not allowed to remove an IUD so that she could potentially get married and have another child.

Planned Parenthood issued a statement on Wednesday night, saying: “We stand in solidarity with Britney and all women who face reproductive coercion. Your reproductive health is your own—and no one should make decisions about it for you. Every person should have the ability to make their own decisions about their bodies and exercise bodily autonomy.”

Justin Timberlake, who was called out after February’s Framing Britney Spears doc, issued his own statement on Twitter, saying that “No woman should ever be restricted from making decisions about her own body,” though many said his public support came a little too late.

Spears’s statements also sparked a discussion on social media about disability rights and conservatorships in general.

Spears says several times in her statement that she wants the conservatorship to end, but without having to be evaluated again. According to court records obtained by the New York Times, Spears reportedly voiced opposition to the conservatorship as early as 2014.

Samantha Stark, director of Framing Britney Spears, tweeted that after Spears “said all these things to the judge, her conservators, and the phalanx of lawyers involved in the conservatorship, they commended her for her courage. No one acknowledged any of these statements. No one apologized.”

After her testimony, Jamie Spears made a statement via his lawyer, saying he’s “sorry to hear she’s suffering and in so much pain.” In February, her father was denied sole conservatorship.

“The people who did this to me should not be able to walk away so easily,” Spears said early on in her testimony.