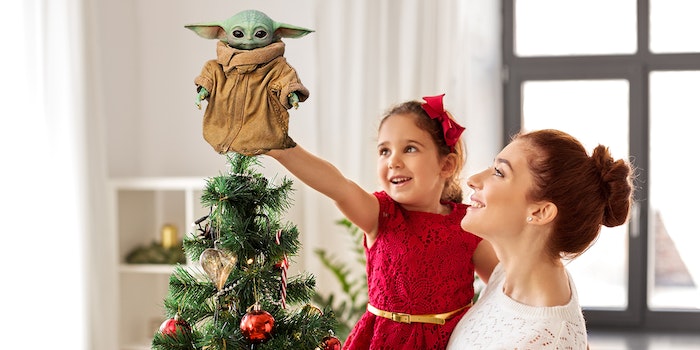 One of the biggest questions The Mandalorian’s second season right now is where is Baby Yoda? And while The Mandalorian might give us that answer in the season 2 finale, we’ve got a much clearer answer outside of the galaxy far, far away: He’s on top of a Christmas tree.