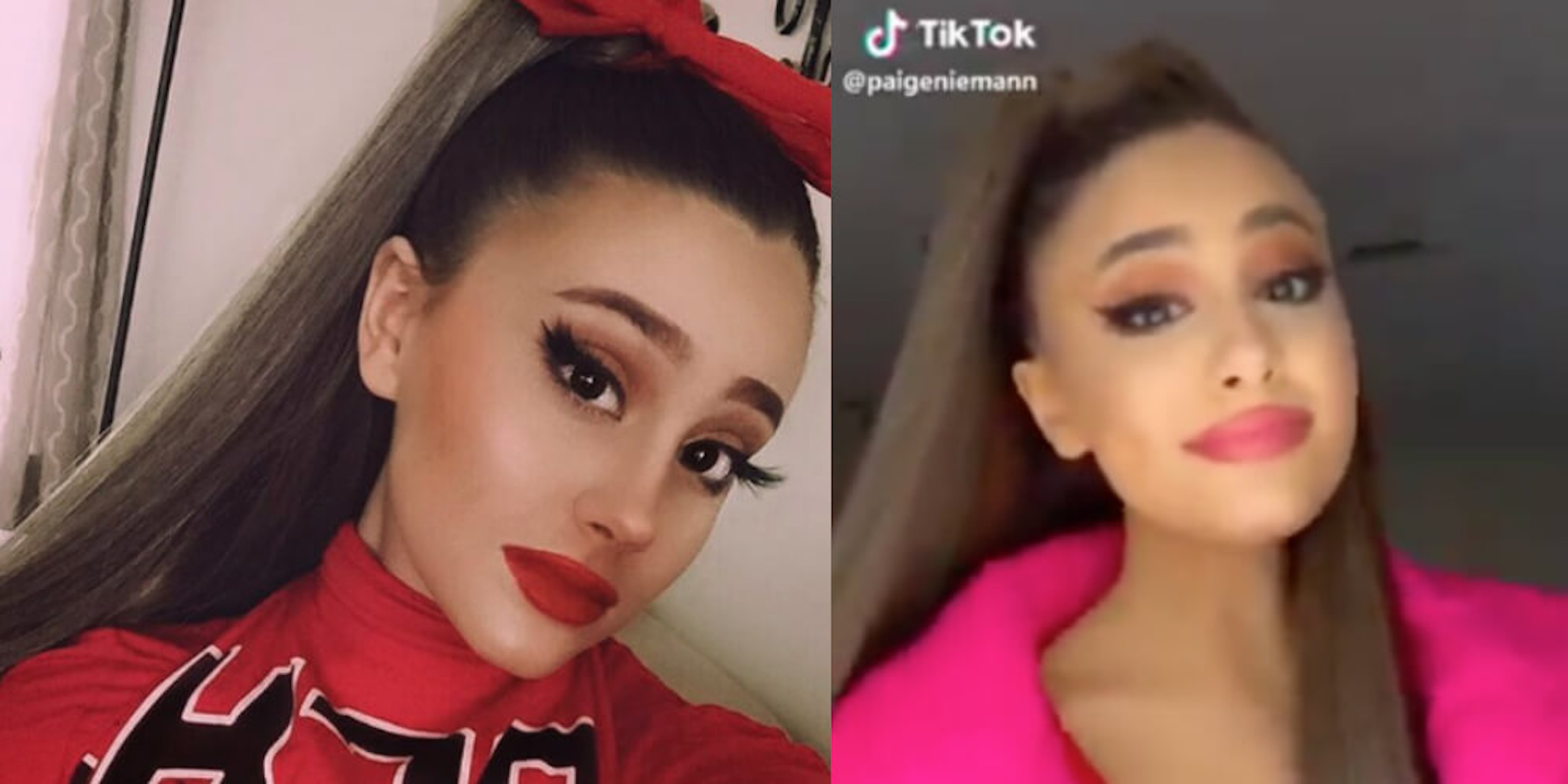 Grande responded to seeing a viral video of her TikTok doppelgänger.

A teenage TikTok user looks so much like Ariana Grande that fans are having a hard time telling them apart.

“I  just know Ariana is terrified…” an Ariana Grande stan account tweeted, along with a TikTok video of the teen impersonating Grande.

The doppelgänger, Paige Niemann, has become an internet sensation for posting videos and photos of her wearing her hair and makeup like Grande’s—and bearing an uncanny resemblance to the singer. Niemann even recreated two of Grande’s album covers.

According to the Daily Mail, Niemann, 14, was first compared to the singer when she was just 10 years old. She has amassed more than 10 million TikTok followers throughout the years, given her striking similarities to the singer.

Niemann—who lives in California—began watching YouTube videos to learn how to do her hair and makeup like Grande’s. The teen chalks up their similar resemblance to the fact that both she and Grande are Italian-American.

Of course, the internet is freaking out.

Others unearthed Niemann’s older videos, in which she looks much less like Grande.

“The change to her is crazy,” Twitter user @kyananzu wrote.

The change to her is crazy — pic.twitter.com/S5zzwTnw1e

Even Grande weighed in on Niemann’s video—saying the use of Cat’s voice (from the Nickelodeon show Victorious Grande starred in) coupled with Grande’s current appearance was “bizarre” to see.

“i just wonder whyyyy the cat voice / dialogue,” she tweeted. “i am sure she is the sweetest sweet sweetheart forreal !! but it’s definitley bizarre seeing people blend the two worlds lmao.”

Niemann says she’s received hate for mimicking Grande’s look but isn’t letting internet trolls keep her down. Plus, she’s not the only person whose looks have been compared to Grande’s.

“I don’t care what haters say,” Niemann told Dazed in February. “I’m just going to keep on doing what makes me happy, and looking like Ariana makes me happy.”