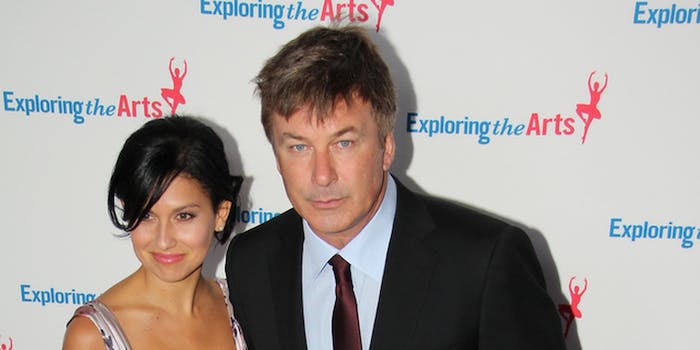 Alec Baldwin has quit Twitter again after lashing out at a Daily Mail reporter.

Alec Baldwin has quit Twitter again after lashing out at a Daily Mail reporter, calling him a queen and threatening to fuck him up.

The actor and philanthropist didn’t hold back when slamming George Stark, writer of a Daily Mail story that called out Baldwin’s pregnant wife, Hilaria, for tweeting from the funeral of James Gandolfini. The paper claimed Hilaria tweeted about wedding anniversary presents and an upcoming appearance on the Rachael Ray show at the service for the late Sopranos star.

Both Baldwins denied Hilaria used her phone while at the funeral. While Baldwin later deleted his account, his rant is still viewable on social media search engine Topsy. 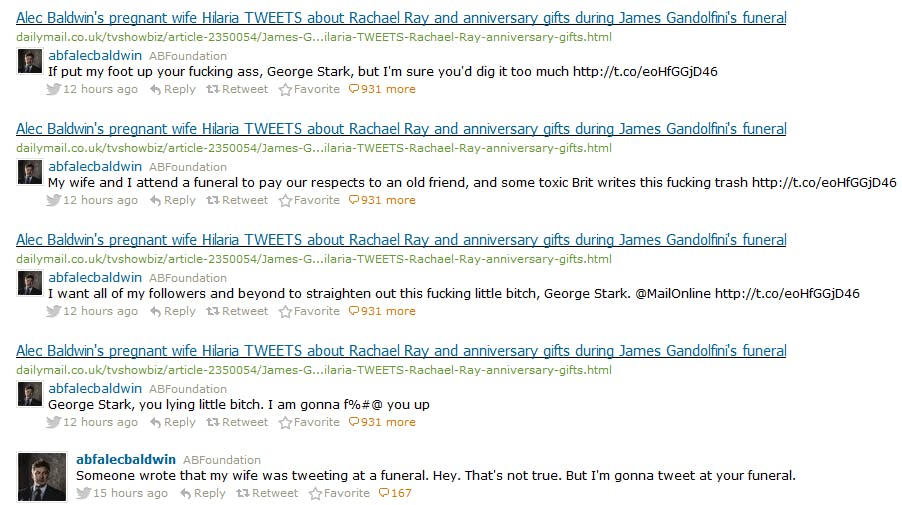 It’s likely Hilaria wasn’t tweeting—the Daily Mail even admitted the tweets may have been posted by an assistant. It’s hard to blame Baldwin for getting pissed off.

But couldn’t he have picked insults that were less, you know, hateful?

It’s not the first time the 30 Rock star has been in the spotlight over unsavory comments. In February, he was accused of using a racist epithet toward a photographer.