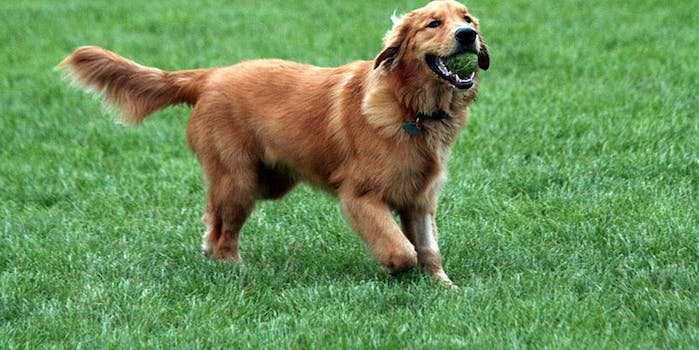 Air Bud is the last hope for #NeverTrump Republicans

'Yup, nothing in the rulebook says a dog can't be the nominee.'

In the five stages of the Republican party’s grief over having its massive field of potential 2016 presidential nominees beaten by a short-fingered vulgarian, the denial and anger stages have clearly already passed. While some have made it all the way into the acceptance phase, others are still unable to move past the twilight horrors of bargaining and depression.

For Republicans despondent about their party’s Donald Trump-led future, yet physically unable to fill in the little bubble next to the name Hillary Clinton in November, there’s only one option: stage a coup at the Republican National Convention next month ousting the former Celebrity Apprentice host from the ticket in favor of a more palatable candidate.

To that end, as the Washington Post reports, a growing number of GOP convention delegates are concocting a scheme to force a contested convention in order to boot Trump from the ticket.

But who among the #NeverTrump army of haters and losers could prove a life-imitates-art Marty McFly to Trump’s Biff Tannen? Conservative commentator Bill Kristol attempted to recruit another conservative writer, David French, to run but that effort quickly fizzled before anyone had enough time to type “Who is David French?” into Google.

As it turns out, the best man for the job of replacing Donald Trump isn’t a man at all. It’s a dog.

GOP MEMBER: we are oficialy out of options. wat do we do now
ANOTHER GOP MEMBER: [pops Air Bud cassette into vhs player] okay hear me out

For the uninitiated, Air Bud is a golden retriever who has starred in a series of films highlighting his athletic prowess in situations typically related to organized athletics. Most sports aren’t conducive to canine participation and yet Air Bud breaks that canine glass ceiling.

From this wellspring flowed an empire. A series of Air Buddies films followed Air Bud’s puppies as they vacationed in Alaska, voyaged into outer space, saved Christmas, discovered hidden treasure, and become super heroes. There is also a spin-off series spun off from the Air Buddies spin-off about the adventures of Santa Paws and his pups.

All in all, there are exactly twice as many entries in the Air Bid franchise as there are volume’s of Marcel Proust’s In Search of Lost Time series, its closest historical antecedent in chronicling the emotional rhythms of quotidian existence filtered through an endlessly examined lens of nostalgia and uncontrollable barking upon catching a fleeting glimpse of a squirrel.

The core of Trump’s argument as to why the American public should entrust him with the keys to the Oval Office lie in publicity stunts. He’s someone whose closest approximation of public service was shaving WWE CEO Vince McMahon’s head at Wrestlemaina XXIII; a man with little to offer the world other than his “you’re fired” catchphrase, which McMahon had used far before the Donald ever grabbed hold of it. In contrast, Air Bud’s resume is simply bursting at the seams with public-spirited accomplishments.

More importantly, Trump’s appeal to much of the Republican base is how his status as a political outsider allows him to tell hard truths about the Washington stalwarts who came before him. Is Trump really as much of an outsider as a candidate like Air Bud, who isn’t even the same species as the low-energy cucks the Trump train crushed on its track to the nomination?

@ResistTyranny I would vote for @keder's dog over most of the Republican candidates, too. In fact, let's nominate Air Bud.

Air Bud’s ability to break barriers, such as playing baseball without thumbs, shows he has the creativity and tenacity to get America out of its economic rut while also standing up to ISIS. Even Air Bud’s policies are more cogent than the Donald’s flip-flopping stances.

Trump’s views on cybersecurity have been incoherent, like when he advocated shutting down portions of the Internet to combat the spread of terrorist propaganda online. However, when the Daily Dot asked Air Bud about cybersecurity issues, the pup was more than willing to chase that ball into the weeds.

last night I had a dream that Donald Trump lost the election to Air Bud so we know what we need to do.

"What'll we do with Hillary and Trump slated for the campaign?"
"Look, I know it sounds crazy, but let's give Air Bud a chance!"

Is there just like a cool hilarious dog we can elect as President instead, if Air Bud can play 13 sports, then anything is possible, right?

I think we should elect Air Bud,the dog who plays sports as our next president, I think he'd do pretty damn well.

At this point, if Air Bud ran for President, I'd vote for him.

Am I the only one who doesn't really like anyone running for President? I'm writing in Air Bud for my vote. That dog can do anything.

I'm still hoping for Air Bud to jump into the race, but I don't think America is ready for a k9 president.

There’s even been some speculation as to exactly how Air Bud’s nomination could play out on the convention floor.

Paul Ryan gavels the rowdy convention to silence, and issues his decision.

"Yep, nothing in the rulebook says a dog can't be the nominee."

There’s a chance Trump could get out in front of an impending challenge from Air Bud by inviting the pooch to curl up in his VP slot.

I would not want to be the person that has to explain to Trump over and over that Air Bud can't be his running mate.

There’s even evidence that Trump is a fan of Air Bud. In a video posted to Trump’s YouTube account in 2011, a tour of Trump’s private plane—which, of course, features 24-karat gold-plated seatbelts—revealed a list of some of Trump’s favorite movies. Included on that list: the original Air Bud. 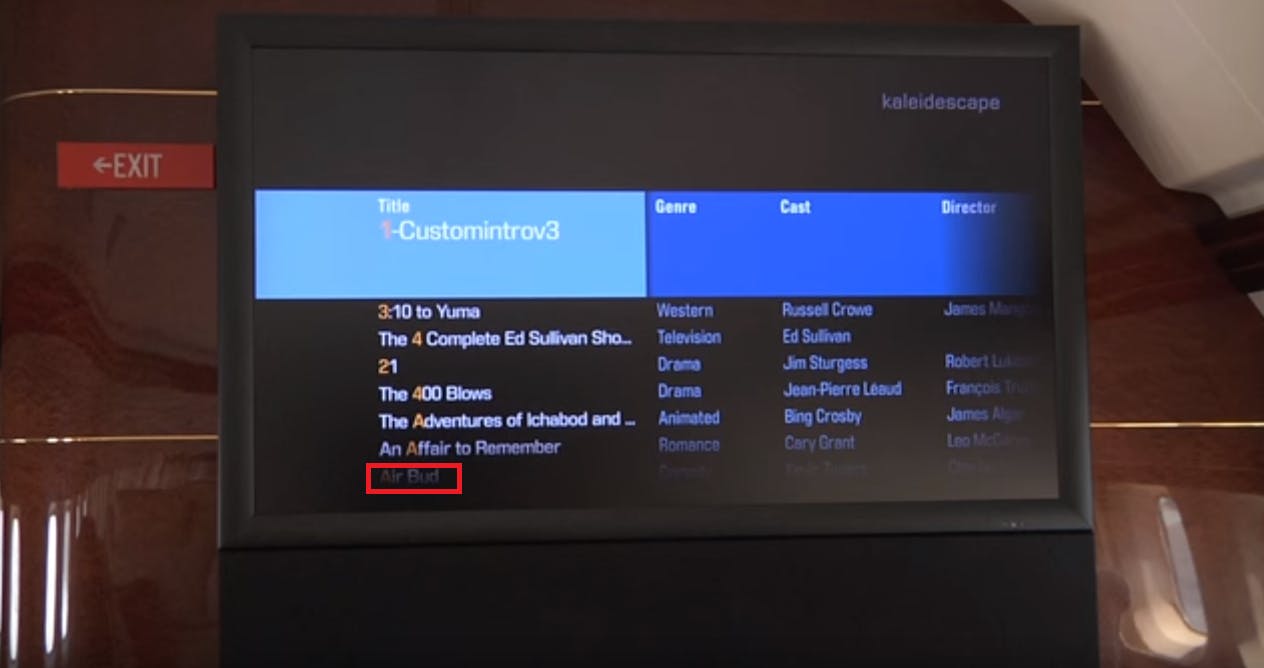 @AIRBUD would you accept the Republican nomination for president if selected by delegates at GOP convention next month?

He was presumably too busy forming an exploratory committee to consider running for president to respond.