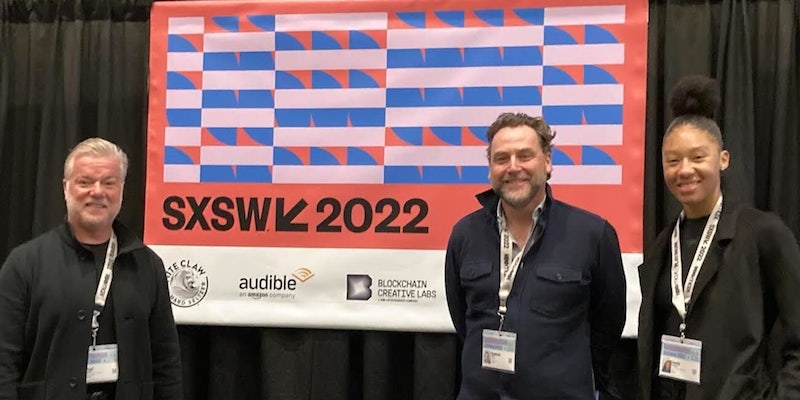 'You can hide behind a screen and say whatever you want.'

There are numerous safety threats that come with being an influencer: doxing, harassment, stalking, and attacks. Specifically for gamers and live-streamers, viewers are brought into their homes on a daily basis, blurring the lines between personal and public life.

Aerial Powers, a gamer, influencer, and Women’s National Basketball Association (WNBA) athlete; Paul Foster, CEO of the Global Esports Federation; and Roderick Jones, founder of security firm Concentric, discussed how virtual threats bleed into the real world during a panel at South by South West (SXSW) in Austin on Saturday.

“There’s so much interest in metaverses and stuff like that, but games are already there,” he said. “The norms and standards around gaming that are happening right now, I think are going to be the ones that keep us safe in the future.”

Powers said during the panel that she has been playing video games since she was young, usually with her family and friends. She said her first experience of feeling unsafe online was when she began to play with “randoms,” people randomly selected by a game’s software to play with one another.

“That’s when I kind of for the first time felt not-settled. I would get on the game sometimes and it was like, ‘Oh you’re a girl?’ And it’s automatically not about my skill sets or what I bring to the table,” Powers said at the panel.

Powers has noticed a lot of women muting their mics online to avoid harassment, even though it interferes with their gameplay. “It’s hard playing with randoms that mute their mic. And I realize a lot of girls do that when they don’t feel comfortable,” she said.

Powers also shared that her brother first experienced racism and hate speech online through playing with randoms. She thinks that the anonymity of online gaming leads people to be emboldened to commit racist and misogynistic acts.

“You can hide behind a screen and say whatever you want. … If I have a bad game, a person can tweet to me. They can go on my [Instagram] and comment. But I guarantee if they see me in person at the grocery store they would not have the same words,” Powers said.

However, threats toward Powers have crossed over into the real world. Powers told the SXSW audience that she once had a stalker who, after repeatedly tweeting at her, showed up to one of her basketball games to propose to her.

Jones told the Daily Dot that one of the most important things influencers can do to stay safe online is not reveal their location. “Be cautious about sharing those details, i.e. where you live and where you’re going to be,”

Foster believes the Global Esports Federation, which was founded in 2019 to bring together the gaming community, has a role in creating a safer internet. “There’s a responsibility. … What are the needs of our community? We’re very deep with our community, and we have town halls every month,” he said.

Despite Powers’ experience with online threats, she still loves to game and is passionate about finding the right community where she can feel safe online. She said she is hopeful we’re going to see more female champions in male-dominated games over the next few years.

“As a professional athlete, that’s one thing that’s always said: Men are stronger, faster, whatever. But when you take all of the physical aspects out of gaming and competition, and you have skill versus skill, you can not use that as an excuse. So in the future you’ll see more and more female gamers,” she said.

Powers urged the SXSW audience to start advocating change at home with their family and friends.

“A lot of young people are playing these games. If you don’t hold people accountable and talk about this in the household now, where could this be in the next three or four years?” she told them.