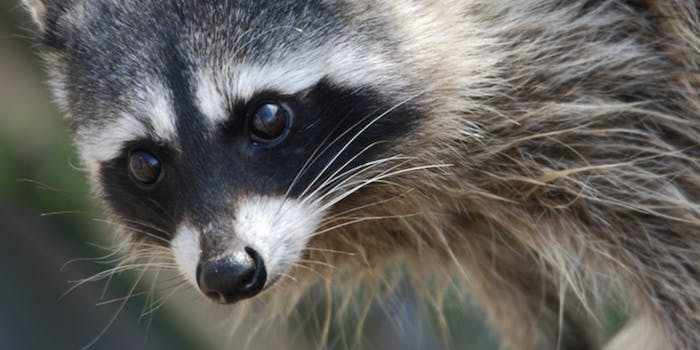 7 animal species clearly trying to save humanity from itself

They only want to help.

Last week, CERN reported that they had initiated a temporary shutdown of the $7 billion Large Hadron Collider after a marten caused “severe electrical perturbation” in a 66,000 volt transformer.

It wasn’t the first time animals sabotaged the particle accelerator: In 2009, part of CERN’s cooling system shut down after a (presumably French) bird dropped “part of a baguette” on an outdoor compensating capacitator. Some theorized the bird had been sent from the future to prevent the discovery of time travel. That may sound woo-woo, but the data doesn’t lie: animal attacks on human progress have increased in recent years, with nuclear reactors, power facilities, train systems, and even our beloved Internet cables under siege from feathered, furred, and scaly so-called friends.

It’s not inconceivable that animals are trying to save humanity from itself. But until a flying fish launches itself down President Trump’s flabby gullet on inauguration day, all we can do is regard the evidence collected here.

NPR claims that raccoons launched a “coordinated attack” on Illinois’s Fermilab accelerator in 2006, but fails to define how, exactly, raccoons might coordinate. Here’s a chilling selection from the facility’s report:

At 1:24am, Operations reported a raccoon attack on the Linac gallery. It seemed to be a coordinated effort. Fortunately, by 1:53 AM, a joint force of operators and Pbar experts managed to drive the raccoons out of their hastily made fortifications. Then at 4:18 AM, the raccoons made what some thought to be a counter attack on the Division Headquarters, but others believed it to be only a simple reconnaissance incursion. No raccoons were either injured or captured during these encounters. Operator losses were low.

Let’s not even begin to theorize how raccoons might’ve constructed “fortifications,” much less how they were able to regroup for a “counter attack.”

Even an unaffiliated raccoon can wreak considerable havoc, as the inhabitants of Jersey City learned in 2014, when a particularly determined trash panda fried itself in a PGS&E switching station and cut off power to 12,000 residents. The incident also suspended PATH train service to Manhattan and effectively robbed residents of all hope of ever leaving New Jersey.

By far the best source on the global animal uprising is the live-mapping site Cyber Squirrel 1, which keeps a running tally of every reported animal attack on electrical and Internet power across the world. The site currently contains information on 1,127 separate incidents, but it only tracks back to 1987, and doesn’t include any data from Russia, which you know is probably just run by bears at this point.

Cyber Squirrel confirms what I have long suspected: Those horrible little rodents are much, much scarier than cyberterrorists. As noted by John Inglis, former deputy director of the NSA, the No. 1 threat to the US power grid is squirrels. They’ve also managed to shut down the NASDAQ twice, first in 1987 and again in 1994, causing one broker to hilariously note that the outage had made doing business “somewhat uncomfortable.”

Even mankind’s most fearsome technology—nuclear power—is not safe from animal attack. In 2013, a Swedish nuclear power plant was forced to shut down after thousands of moon jellyfish clogged its cooling water intake pipes. Although I am not technically a scientist, I am certain that jellyfish are not so much Cnidaria as they are snot monsters that rise from the depths to protect the ocean’s interests, which definitely include not being flooded with radioactive waste. Jellyfish smacks have shut down plants in Israel, England, and Japan.

In 2012, a plant in San Luis Obispo was shut down by masses of jellyfish-like creatures called “salps,” which were surely invented by H.P. Lovecraft on one of his darker afternoons.

In 1999, a disgusting “50 truckloads” of jellyfish caused the most widespread blackout in the Philippines’ history, cutting power to 40 million people on the island of Luzon. In a brazen and unprovoked act of naval warfare, jellyfish even incapacitated the USS Ronald Reagan by clogging the enormous aircraft carrier’s nuclear cooling system. One wonders whether this particular incident was a pointed message from the jellyfish warning us of Ted Cruz’s candidacy.

If you’ve ever Google Image searched “bird strike,” you know that those little feathery fucks can cause substantial damage. Hollow bones, my aunt Sally. But did you know that even their poop is potentially world-ending?

Earlier this year, the Indian Point nuclear plant in upstate New York shut down for three days as the result of a particularly epic string of bird excrement called a “streamer” (do not Google this). The company’s incident report stated, “If a streamer contacts an energized conductor, the electrical current may travel through the streamer back to the bird or pole/transmission tower. The result may be a bird electrocution, power outage, and/or line trip.” If all of New York City was wiped out in a nuclear blast, wouldn’t a long ribbon of pigeon shit be the most fitting cause? You have to admire the birds’ sense of irony.

In Germany, pigeons also managed to achieve the unthinkable: making the trains late. One brave bird short-circuited a 15,000 volt electrical supply wire, causing an aggregate total of 62 hours of delays across the country’s national rail service. Reports claim that the pigeon’s actions were carried out “unwittingly,” but I should think by now we all know otherwise.

A particularly baroque attack in 2015 cut power to 2,000 households in Western Australia when an eagle dropped a sheep’s head onto a power pole. We get it, you like The Godfather.

A 2006 New Mexico outage was blamed on an eagle dropping a bull snake on power lines. As many of the sane and rational commenters have pointed out, the Mexican flag features an eagle, perched on a prickly pear tree, devouring a serpent. Trump’s border wall would be useless against such trenchant symbolism.

Birds even have a stake in sporting events. Witness the greatest moment in baseball history, when Diamondbacks pitcher Randy Johnson’s fastball was intercepted by the most devoted Giants fan of all time—a bird:

Sharks are eating the Internet.

Monkeys are eating the Internet.

Beavers are eating the Internet.

Frankly, I’m impressed by the can-do attitude of these plucky critters. If they want our nuclear power, our electricity, our stock markets—heck, even our Internet—I say let ‘em have it. At the very least they can come up with some good cat memes for us.