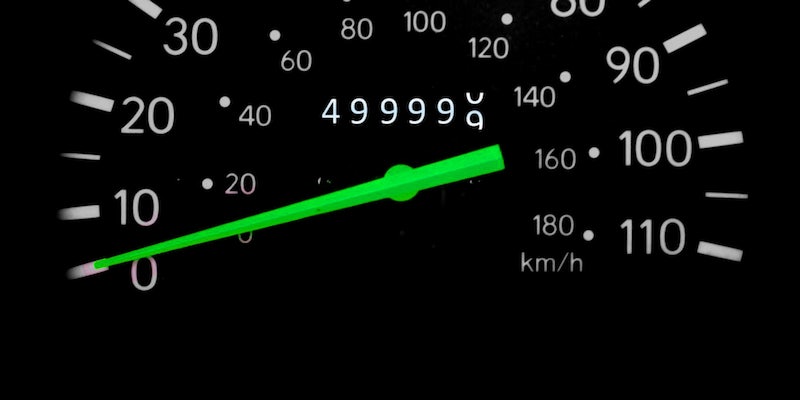 The latest milestone comes just about a year after 4chan celebrated its 1 billionth post.

One of 4chan’s first and most controversial imageboards, /b/, has just collected its 500 millionth post. The winning comment: a brief, bizarre, homophobic rant about Polish prostitutes.

“GET,” if you’re wondering, is like a game: When every post has a number, the chances of getting the right one (in this case, 500,000,000) become smaller and smaller—hence /b/’s obsession with it. In these “500” threads, the community was overrun with “GET” posts, content posted purely with the intent of reaching the number.

Since its inception in October 2003, /b/ has been the most storied imageboard on 4chan, which began as a place to swap users’ favorite anime pictures. 4chan founder Christopher “moot” Poole intended /b/ to be a dump of completely random images and comments. But lax moderation and an anti-censorship policy gave the forum a reputation for harboring some of the more repulsive parts of the Web.

/b/ users—lovingly called /b/tards—have a reputation for pulling off pranks that flip online media on its head and, quite literally, make children cry.

In just the last year alone, /b/ has helped North Korea’s Kim Jong-un win Time Magazine’s Person of the Year poll, interrupt the hearing of George Zimmerman, tried to have a creepy old dude win a contest to meet Taylor Swift, and flooded a Facebook remembrance page for a dead teenager with despicable messages. Yet despite this tomfoolery, /b/ has also done some good.

In 2011, /b/ tracked down a Texas judge caught on video whipping his disabled daughter. In July, /b/ helped get an iPad-wielding Australian man banned from his gym after snapping photos of people working out and posting them on Facebook to mock them. And just this week, /b/ made the life of a South Carolina teenager a living hell after he tweeted a Vine video of himself kicking a cat.

The latest milestone comes just about a year after 4chan celebrated its 1 billionth post.

“I’ve watched /b/ evolve from a nerdy weeaboo outpost into the most culturally potent site on the Web and spent an embarrassing portion of 2011 hanging out on /b/ while researching my book,” Cole Stryker, author of Epic Win for Anonymous: How 4chan’s Army Conquered the Web, told us.

“I don’t visit 4chan regularly anymore (It’s just easier to skim the cream off the top via r/4chan), but every once in a while I’ll pull up /b/ late at night and be confronted with people, conversations and creations so uniquely bizarre that I’m reminded all over why I became enchanted by the community many years ago.”

Below is a PDF of the full /b/ thread featuring the 500 millionth post. As you can guess, it’s pretty NSFW.