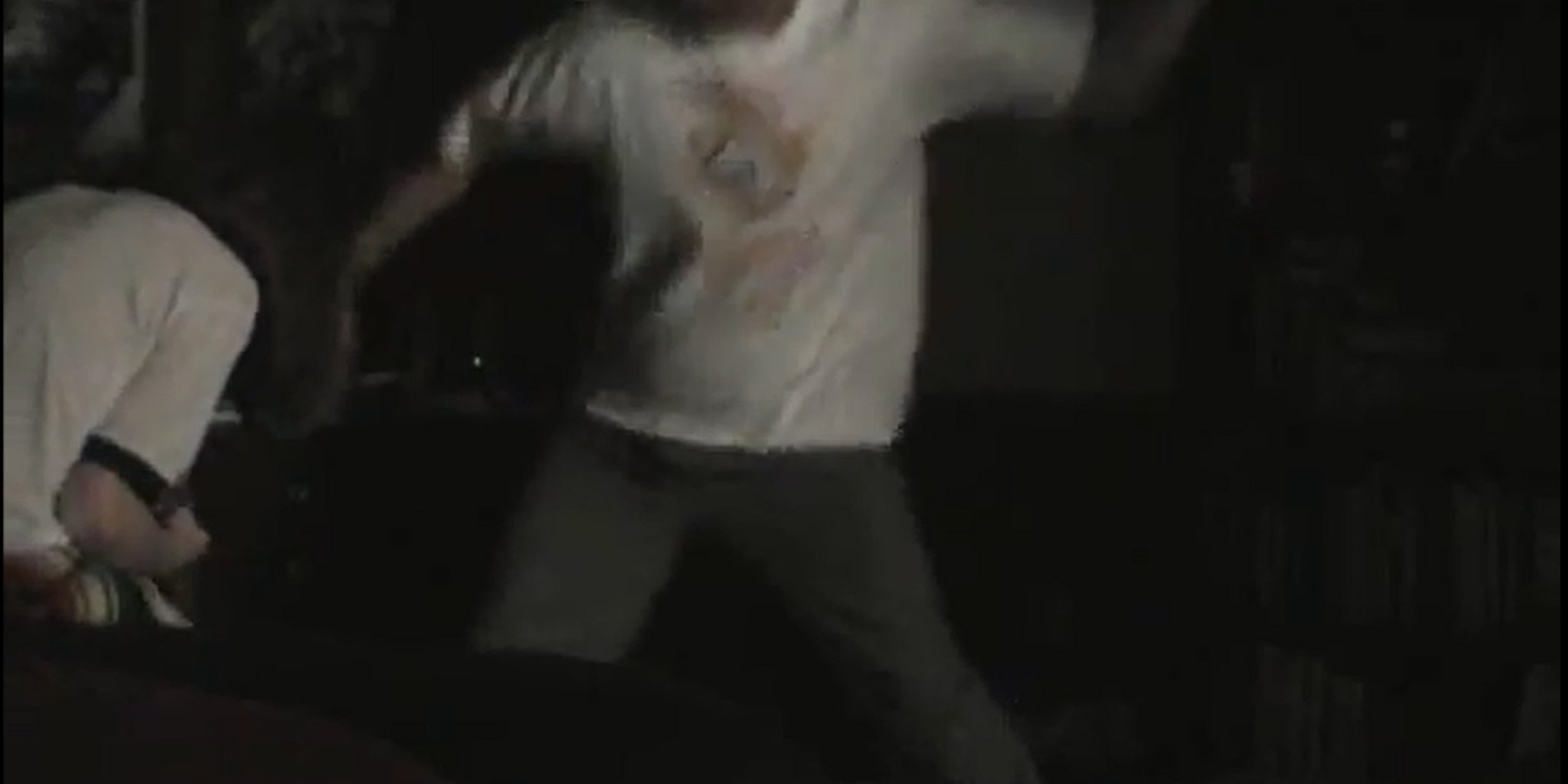 A video shows a Texas judge apparently beating his daughter, unleashing the wrath of Reddit and 4chan.

In a recently uploaded YouTube video a man can be seen whipping his disabled teenage daughter. The man appears to be Texas family law judge William Adams. He’s beating the girl, apparently, for playing video games and engaging in Internet piracy.

The masses at sites like Reddit and 4chan are already on the case. They’re bombarding local news channels with tips and revealing the man’s personal information, including his home address. It’s Internet vigilantism on a worldwide scale.

Hillary Adams uploaded the footage onto YouTube on Oct. 27. The accompanying description states that Hillary suffers from ataxic cerebral palsy, a congenital disorder. She says her father also beat her mother.

“Judge William Adams is not fit to be anywhere near the law system if he can’t even exercise fit judgement as a parent himself,” the description reads. “Do not allow this man to ever be re-elected again. His ‘judgement’ is a giant farce.”

Throughout the video, Hillary cries and screams “stop,” while her father whips her with a belt. At one point, the mother enters and tells Hillary to “take it like a grown woman.”

Yesterday, a person claiming to be Hillary posted a link to the video on social news site Reddit. The video was filmed seven years ago. But, as she said in the thread on Reddit, she decided to release it now because of a recent “barrage of harassment.”

“I snapped and finally uploaded it. Now I’m sorry I didn’t do it sooner,” she writes.

The link quickly shot to the front page of Reddit, and at time of publication had over 6,000 comments. In one of the top comments, a redditor urged others to contact local news channels, because “this is totally beyond the realm of discipline.”

Shortly thereafter, Keaton Fox, a reporter for a local NBC affiliate, tweeted that he had just gotten off the phone with Hillary Adams, and implied the story would be running soon. The work of anonymous tips?

At this point, no one has proven the man really is William Adams — though the person in the video bears a clear resemblance to this official photograph of the judge. Regardless, the Internet manhunt has already begun.

Someone posted the video to image board 4chan’s infamous /b/ board, asking 4channers to call the local media as well. At some point in the night, William Adams’ personal information was leaked, and included in a freshly written Encyclopedia Dramatica article on Adams. That entry implied further action would be taken.

On 4chan, users of the site appeared excited to engage what some users described as “social justice.”

“When was the last time /b/ tried to do something good like this? makes me happy to see some good :)” wrote one anonymous user.

“Yes I was lurking just to see this thread. I already sent the guy a box of condoms I had in my house,” commented another.

And in multiple IRC channels for Encyclopedia Dramatica, the “bastard child of wikipedia,” users mused on how “its the first time in a year I have seen /b/ do anything.”

Did Hillary wake the sleeping trolls?

Over on YouTube, people took to spreading Adams’ address in the comment section, with some announcing “PIZZAS ARE ON THE WAY!” (a common Internet prank). Others traded heated, and slightly more genuine, words over parental discipline.   .

In a YouTube comment Hillary wrote: “I’m sorry you had to see this, I’m sorry anyone had to see this, but it had to be done﻿ to make my father see his own behavior from an objective point of view.” But she was quick to discourage any threats or violence against her father

“I’m feeling some regret for publishing the video because to ruin my own father is heavy indeed,” she wrote on Twitter. “But I really want him to seek help.”