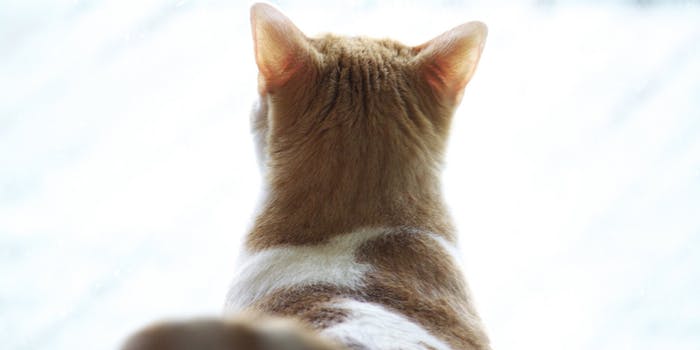 4chan is making life miserable for this teenage kitten-kicker

4chan's /b/ board has exacted its revenge against a teen who posted a Vine video that showed him kicking a cat.

It’s going to take a lot more than making his Twitter profile private to save a kitten-kicking high schooler from the wrath of 4chan’s random imageboard, /b/.

The teen, believed to be Walter Easley of South Carolina, has become /b/’s latest target after he tweeted a six-second Vine video that showed him kicking a cat off a porch.

The Internet reacted with shock and disgust, with hundreds of users on Reddit’s r/rage and r/videos forums calling the teenager’s actions “unforgivable.”

Easley deleted the Vine Sunday afternoon, shortly after the Daily Dot published a story about it. Easley also made his Twitter profile, @SuckMy_Walt, private. But these precautions haven’t stopped /b/ from tracking Easley and his family down.

Two different Pastebin documents feature Easley’s home address, cell phone number, and a link to his sister’s Facebook page. They also include the email address for his high school principal.

Sunday evening, two separate /b/ threads called for people to report Easley to the People for the Ethical Treatment of Animals (PETA).

A petition has been started on Care2 calling for Easley to be brought to justice. It has collected more than 380 digital signature as of noon.

/b/ also tracked down the owner of the cat, @buck4411. On June 25 @buck4411 tweeted the following Vine video allegedly showing Easley toying with the same cat he would end up kicking (here’s a GIF of the video).

While /b/ is best known for devious pranks like gaming TIME magazine’s Person of the Year poll to have North Korea’s Kim Jong-un win, getting the hashtag #cutforbieber trending on Twitter, and raiding the Facebook remembrance page of a dead teenager with horrible messages, it’s also done some good.

In 2011 /b/ helped track down a Texas family law judge who was caught on video whipping his disabled daughter. Last month, /b/ helped get an iPad-wielding Australian man banned from his gym after he secretly captured photos of patrons working out and posted them on Facebook to mock them.

At about 11:45pm ET Sunday, more than 50 4chan users piled into a Tinychat room to watch as calls were placed to Easley’s home and cell. Over the next hour, /b/ had little luck reaching Easley. Then at about 1am, one /b/ user finally got someone on the phone.

“The first thing I’m gonna do is kick the shit out of you,” the anonymous /b/ user said. “I got a bomb coming.”

“Stop calling me,” said the man on the line. “I will cut your ass.”