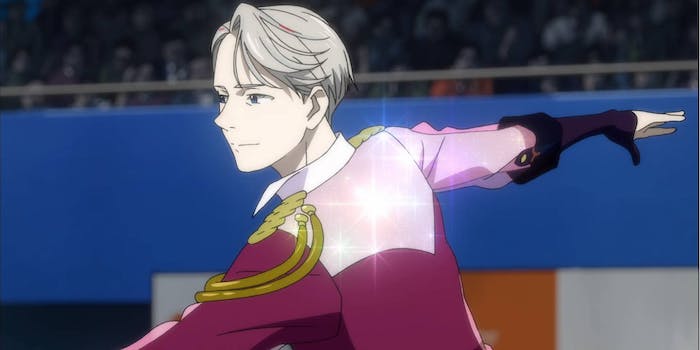 Figure skating anime Yuri on Ice is a refreshing beam of winter sunlight at the end of a difficult year. It’s already earned a cult following, blending an underdog athlete comeback story with an adorable romance between the two male leads.

Yuri on Ice is a rare meeting point between two disparate audiences: anime fandom and professional athletes. World-class skaters love its accurate yet affectionate depiction of the sport, and everyone loves the addictive emotional rollercoaster of its romcom storyline.

You will experience, at minimum, about 37 emotions per 20-minute episode, tangling your heartstrings into a Gordian Knot of delicious romantic tension.

What is Yuri on Ice?

Yuri on Ice follows the career of 23-year-old Yuri Katsuki, a technically proficient figure skater who lacks confidence during competitions. He’s self-conscious yet determined, and the show gives him a perfect foil/love-interest in the form of glamorous Russian champion Victor Nikiforov, Yuri’s childhood idol.

Out-of-shape and doubting himself after a public loss, Yuri tries to cheer himself up by copying Victor’s latest gold medal-winning program at his home practice rink. After someone films Yuri and posts the video online, Victor—a megastar nearing retirement, with no new worlds to conquer—drops everything and flies to Japan to become Yuri’s new coach, sensing that he has hidden depths as a skater. It’s a turning point for both characters, as Victor helps Yuri gain more artistic confidence, and Yuri shows Victor a new way to fall in love with figure skating.

One of the many highlights of Yuri on Ice is the lead characters’ palpable joy in each other and in their sport. The love story is intertwined with Yuri’s evolution as a skater, developing as Yuri flourishes under Victor’s tutelage.

Although their relationship is rather unbalanced at first (Yuri grew up with posters of Victor on his bedroom walls), the character development is rapid and meaningful. As Yuri expands his artistic repertoire, Victor begins to fall in love with Yuri’s kind heart and dedication, and within a few episodes Victor is kissing his skates in awe. This balance between a typical sports anime arc and a same-sex romance makes Yuri on Ice almost unique in the world of mainstream anime.

Yaoi, or “Boys’ Love” (i.e. anime or manga about male/male relationships) is a long-established genre, but Yuri on Ice… isn’t yaoi. It’s a sports anime with a same-sex romance, avoiding the stylized, sexualized tropes associated with yaoi—or with the handful of subtextually homoerotic anime shows aimed at girls.

For comparison’s sake, take a look back at Free!, the swimming anime that took Tumblr by storm in 2013. Aimed explicitly at women, Free! features a cast of cute teen boys in homoerotic situations, but it didn’t include canonically queer relationships. Some Western viewers would characterize this as queerbaiting, although you can argue the term isn’t really applicable to this subgenre. Either way, Yuri on Ice feels fresh because Victor and Yuri’s relationship is an integral part of the story, overlapping with Yuri’s career and his home life in the small town of Hasetsu.

An expert eye for figure skating

Choreographer Kenji Miyamoto has worked with skating stars like Olympic gold medalist Yuzuru Hanyu, and he’s part of the reason why each Yuri on Ice character has such a distinctive skating style. Just look at the difference between Victor’s elegant, long-limbed performance and Yuri’s accurate but less refined version of the same choreography.

Yuri on Ice strikes a wonderful balance between illustrating the minutiae of competitive figure skating, and staying accessible to newbies. There are even cute little explanatory segments about things like the scoring system, with equal attention paid to figure skating culture.

A 15-year-old Russian skater named Yuri “Yurio” Plisetsky is Yuri’s main rival for the first few episodes, but the show avoids characterizing anyone as a clear-cut villain. At first, Yurio’s cruel comments and competitive spirit (often accompanied by an angry guitar riff in the soundtrack) positioned him as the antagonist, but it gradually becomes clear that he’s just another competitor rather than a personal threat. Within a few episodes, fans were referring to Yurio as Yuri and Victor’s sulky teen son.

The lack of a direct antagonist feels authentic to the insular world of figure skating, where competitors often train together and date each other. One of the other Russian skaters dedicates a melodramatic competition program to his ex-girlfriend, and Yuri maintains a warm friendship with Thai skater Phichit Chulanont, one of his closest rivals.

This attention to detail extends to pitch-perfect costumes, music choices, and depictions of competition arenas—which explains why Yuri on Ice is so popular with professional skaters. The show’s fans include retired Olympian Stephane Lambiel and his student Deniss Vasilijevs, Filipino champion Michael Martinez, and Russian juggernaut Evgeni Plushenko, who had a brief animated cameo in episode 9. There’s no doubt that some characters were partially inspired by real-life skaters, as well.

Seventeen-year-old Evgenia Medvedeva, the reigning women’s world champion (and avowed anime fan), is the most high-profile of them all, tweeting constantly about the show. She even cosplayed as Yuri.

Yuri is an unreliable narrator

Yuri on Ice is very rewatchable, partly due to Yuri’s role as an unreliable narrator. Later episodes reveal how Yuri’s perspective colors the story, encouraging you to go back and rewatch earlier scenes from a new angle. If you’re OK with spoilers up to episode 10, you should check out our examination of what makes Yuri’s story structure so great. 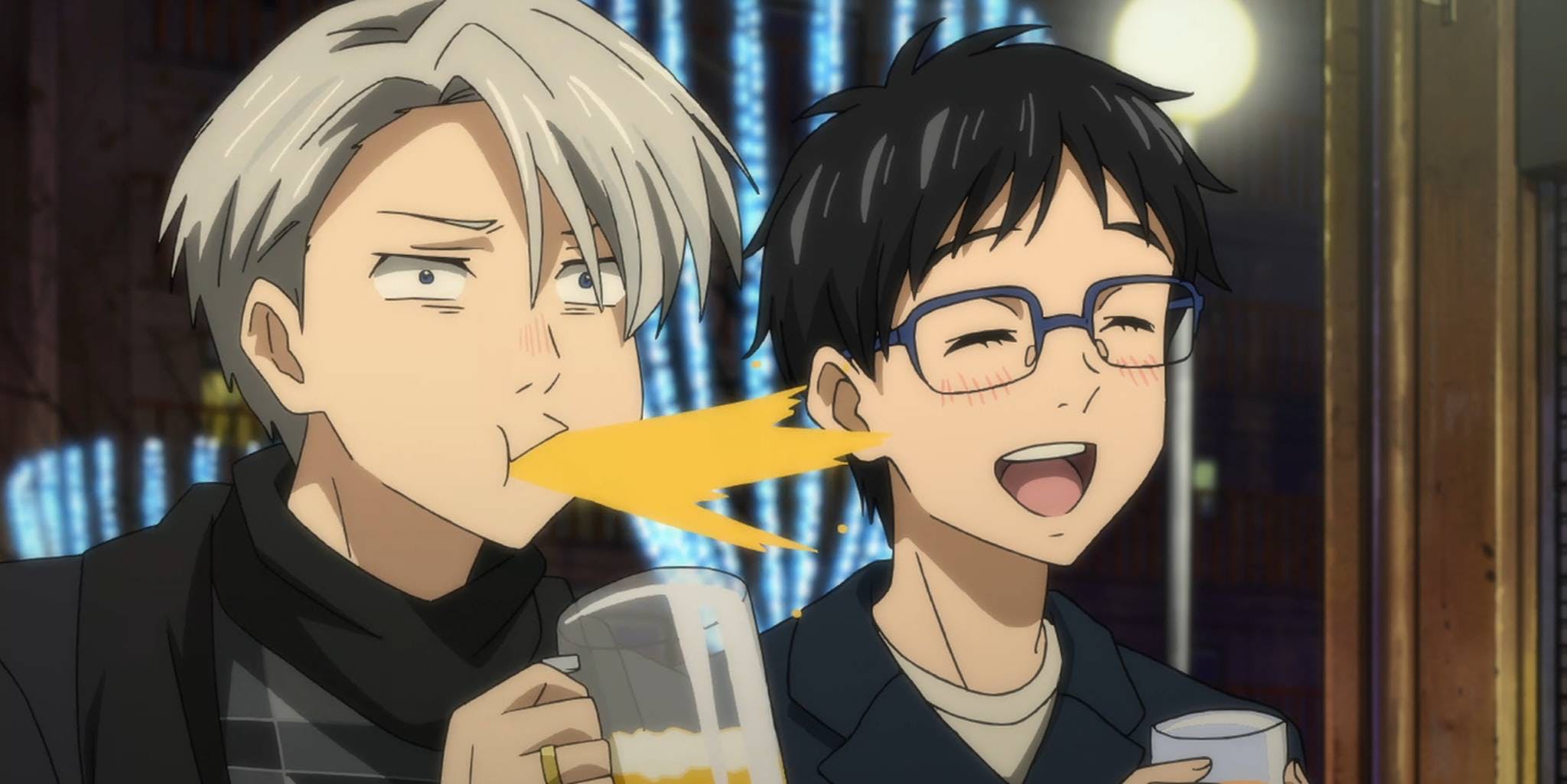 Yuri on Ice and mental health

Instead of focusing on Yuri’s technical progress as an athlete, his personal journey is more about overcoming his own self-doubt. Yuri on Ice features an admirably sensitive portrayal of anxiety issues — a welcome addition to an otherwise lighthearted and comedic show. 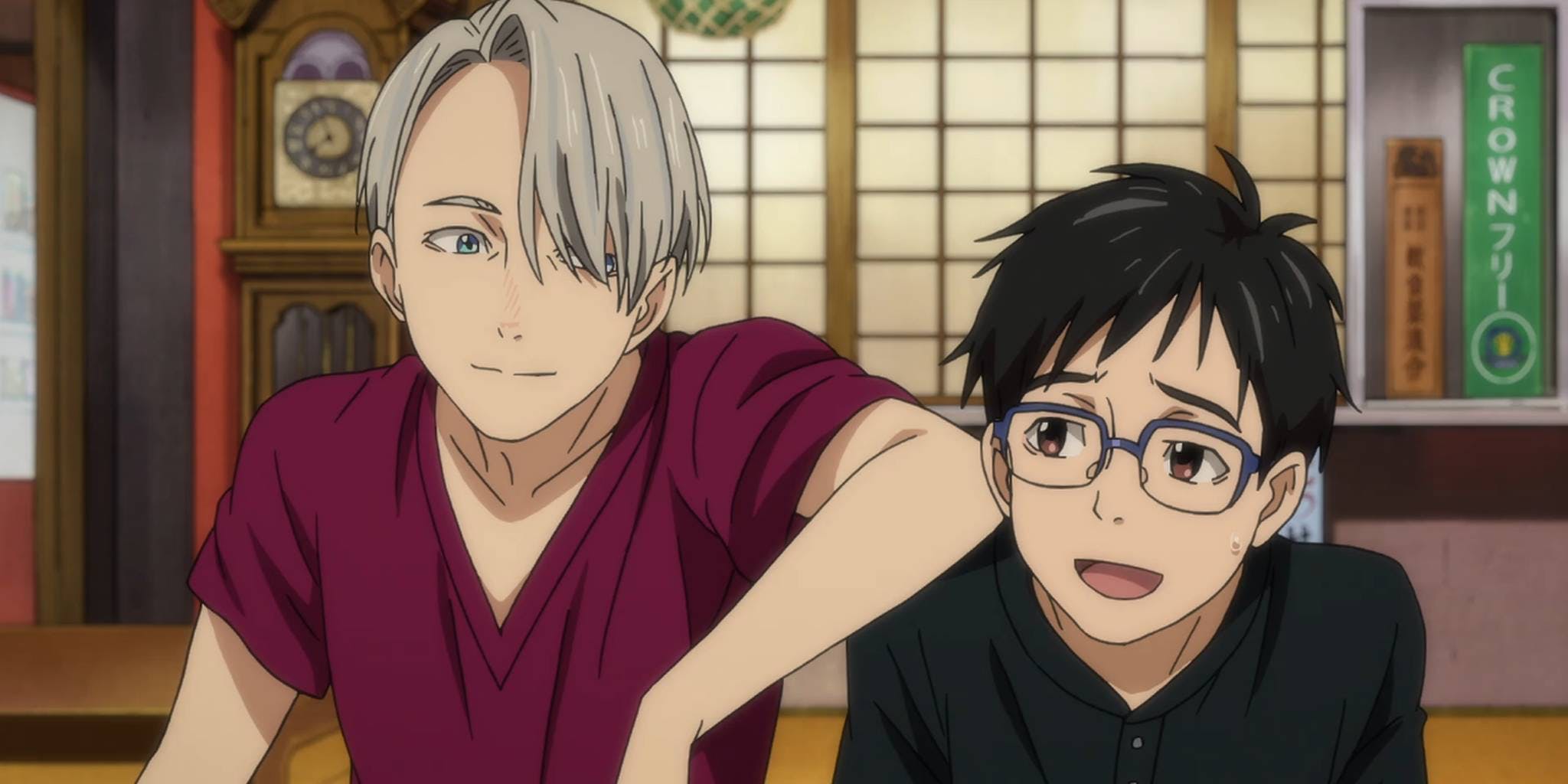 Thanks to the level of detail in the show, Yuri on Ice inspires fan theories equal to Westworld and Game of Thrones. Fans have analyzed everything from music choices to the color choices for one character’s pet hamsters, uncovering dozens of hidden clues in every episode.

It’s easy to understand why Yuri on Ice is so popular: It’s genuinely good, both in terms of quality and in the sense that it’s overwhelmingly good-hearted. Weaving satisfying character development into the familiar structure of an underdog sports narrative, it’s one of the most engaging and positive romance shows of 2016—and a true gift to figure skating fans.

Clarification 5:33pm CT, April 24, 2017: Evgeni Plushenko is briefly shown as an animated character in Yuri on Ice. He did not provide voice acting for the show.