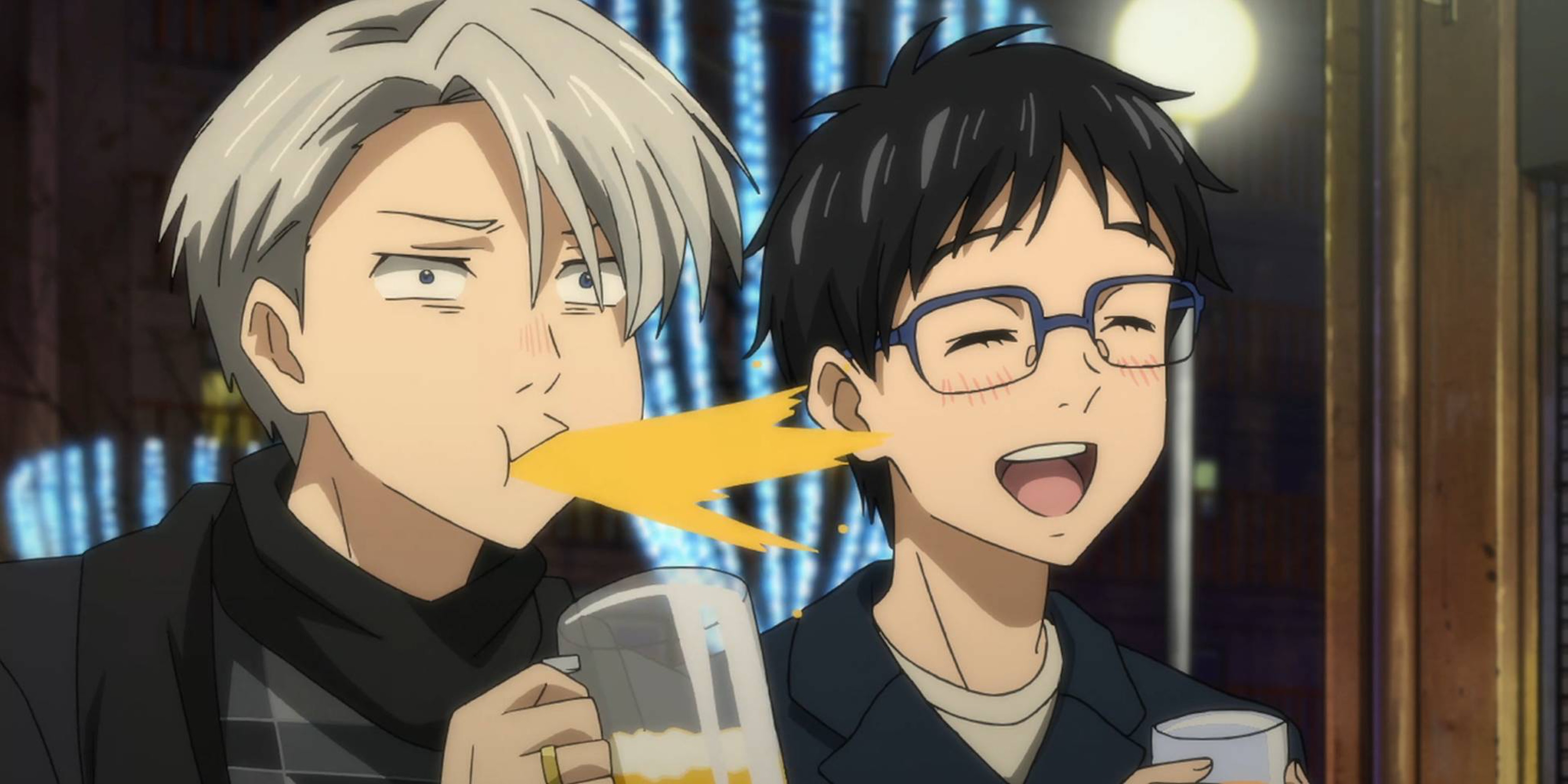 ‘Yuri on Ice’ drops a huge plot twist that changes everything

The latest 'Yuri on Ice' episode shows the entire series in a new light.

Warning: This article includes spoilers up to episode 10 of Yuri on Ice.

We already knew that Yuri on Ice writer Mitsuro Kubo has an admirable talent for story structure. Still, nothing prepared fans for the huge plot twist in episode 10 that turned the entire series on its head.

For the previous nine episodes, everyone’s favorite figure skating anime followed two interwoven storylines: the career of competitive skater Yuri Katsuki, and his developing relationship with coach Victor Nikiforov. Since Victor was Yuri’s childhood idol, this dynamic used to be quite unbalanced, with Victor being suave and flirty while Yuri was awkward and self-conscious.

As Yuri’s skating improved, he gained confidence and his relationship with Victor moved onto more equal footing. Then episode 10 dropped a bombshell: Victor and Yuri actually met before the series began, and Yuri had just been too drunk to remember it. Since Yuri assumed that Victor previously had no idea who he was, this puts an entirely new spin on their relationship. It’s the romantic comedy equivalent of Fight Club‘s final-act twist.

From Yuri’s perspective, the last nine episodes were about him—an inexperienced, socially-awkward dork—nervously crushing on a star athlete who inexplicably abandoned his career to become Yuri’s coach. When Victor choreographed a figure skating routine about Eros (sexual love), Yuri imagined it as a story about a callous playboy who arrives in town, seduces a woman, and leaves her behind. He cast himself in the role of the woman, selecting a costume that emphasized his feminine side—and we assumed the playboy represented Victor. 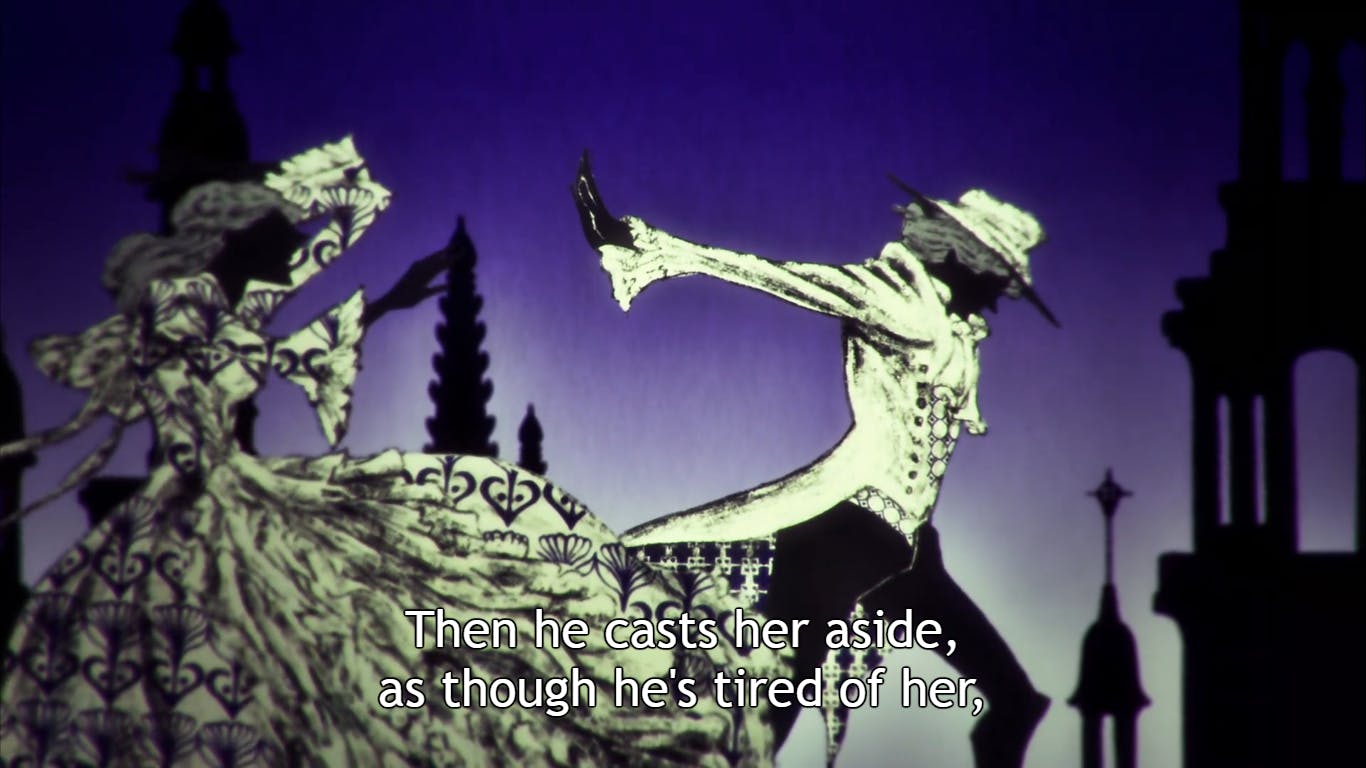 From Victor’s perspective, the story is very different. At last year’s Grand Prix Final afterparty, he met Yuri as a fun, enthusiastically drunk guy who challenged other skaters to a dance-off, pole-danced with notorious sex symbol Chris Giacometti, and finished by asking Victor to visit him in Japan and become his coach.

Later, when someone filmed Yuri performing a flawless rendition of Victor’s last figure skating program, it was tantamount to a love letter. Victor flew straight to Yuri’s home town… where Yuri suddenly became oddly standoffish, panicking when Victor flirted with him. Still, Victor stuck around and they slowly grew closer, with Yuri ultimately mastering the romantic choreography Victor created for him. It takes until episode 10, a year after their first meeting, for Yuri to announce that he doesn’t remember the Grand Prix afterparty at all, prompting this priceless spit-take from Victor: 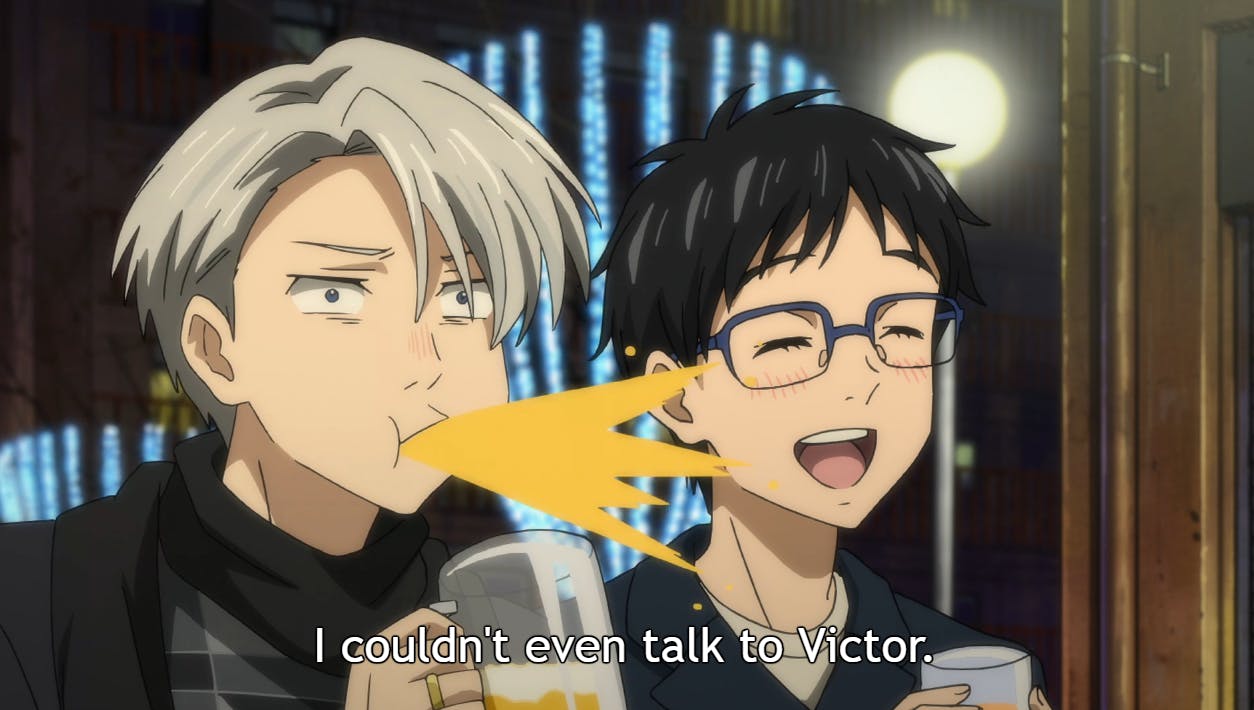 Basically, Yuri was the playboy from the Eros routine all along. He showed up out of nowhere, seduced Victor, and then proceeded to act like he barely knew Victor at all. Talk about mixed signals!

Episode 10 reframes the whole series, inviting the audience to rewatch from another angle. There are now dozens of ways to reinterpret the story, beginning with Victor’s arrival in Japan.

Originally, Victor’s ostentatious flirting felt kind of over the top, after he showed up naked and (seemingly) uninvited in the hot spring bath at Yuri’s family home. His sexy behavior fulfilled the audience’s expectations for fanservice in homeorotic anime, taking place in a heightened and comedic reality. Except, as it turns out, Yuri on Ice subverted those expectations on two fronts. First of all, this isn’t a homoerotic anime like Free!, but is simply a romantic comedy with two male leads. And secondly, Victor’s behavior makes way more sense when you know that Yuri literally invited him to come visit. 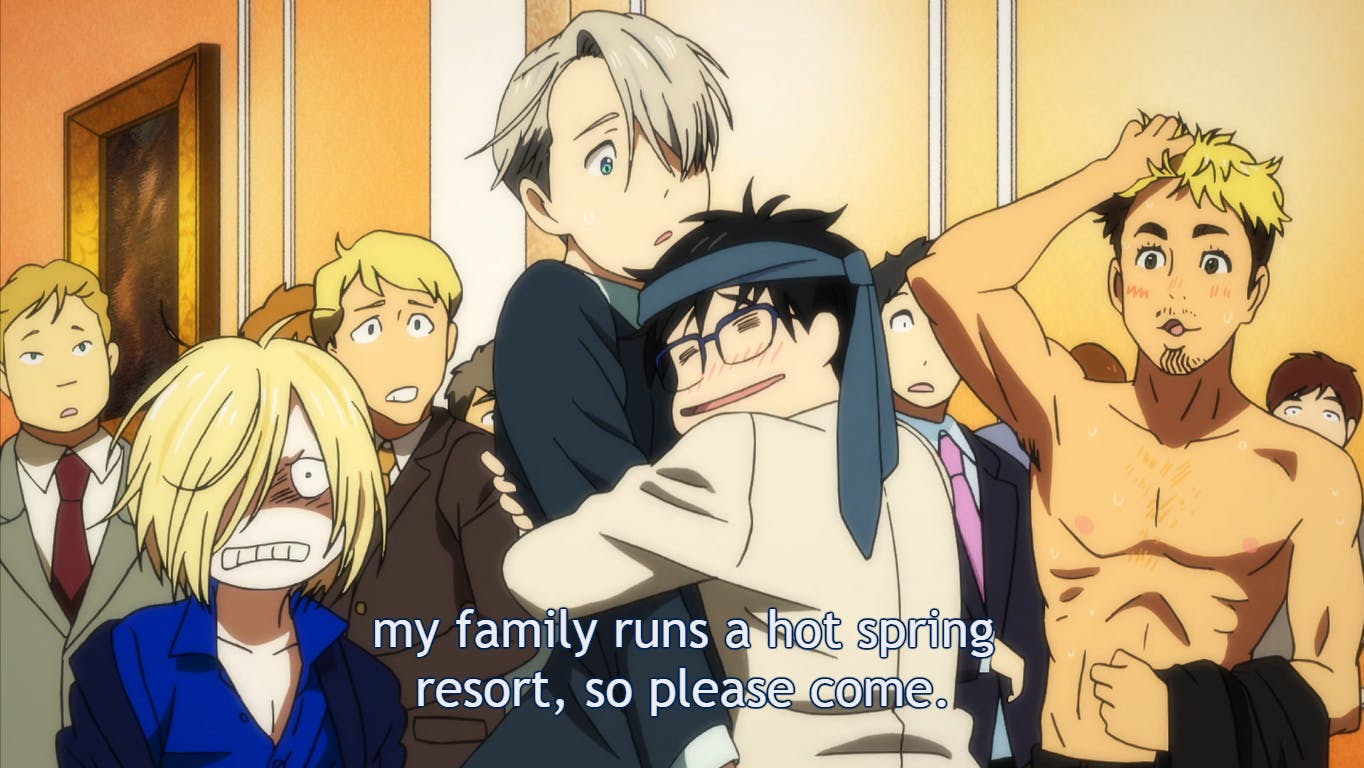 This revelation is wonderfully neat, highlighting Yuri’s role as an unreliable narrator. In hindsight, those Grand Prix party flashbacks explain a lot about Victor and Yuri’s interactions in earlier episodes. Until now we’d only seen one side of their relationship, but in the classic vein of all romantic misunderstandings, there’s two sides to every story.

Episode 10 was the equivalent of the turning point in Pride and Prejudice when Lizzie Bennet realizes that Mr Darcy isn’t a douchebag after all. At this rate, we can barely imagine what the final two episodes might bring—although we’re rooting for a pairs skating routine at the Grand Prix gala, culminating in an official marriage proposal on the ice.