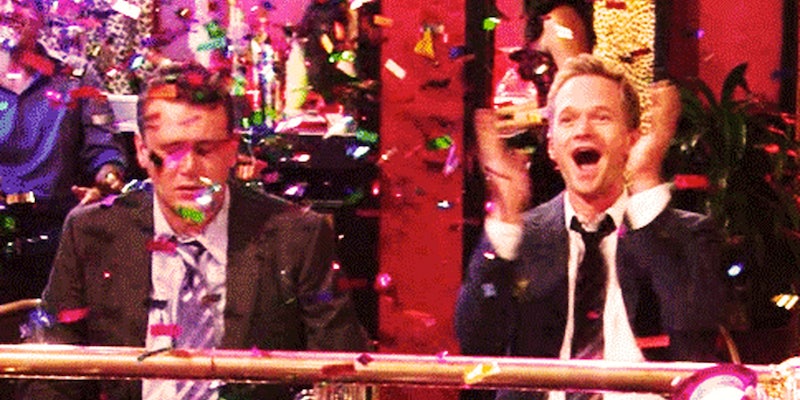 The blog network celebrates as it hits a major milestone.

The New York-based company celebrated the milestone with a barrage of colorful confetti sprinkling down on users’ dashboards. A message told users, “Thank you so much for being part of this awesome journey.”

The ten-billionth post was a reblog, or reposting, of an image of stars, according to an employee at Tumblr. Reblogs, where users easily copy an image or snippet of text from another Tumblr blog to their blog, along with a credit, are a key feature of Tumblr—and one reason why Tumblr has grown so quickly.

This milestone is significant for the fledgling company as it is in talks to raise more funding and just passed WordPress in June for the number of blogs it hosts.

Tumblr users were caught off guard by the confetti, but many loved it. Some bloggers, like Grace Ji, were sad they missed the confetti party. Marisa Staab, a Tumblr user, blogged how disappointed she was because she was a school when the confetti fell. “School ruins everything,” she quipped.

But Tumblr users are making up for the missing confetti. Many are posting an animated GIF from the movie “Tangled” where confetti is falling on the prince. Another image gaining traction comes from a scene in “How I Met Your Mother,” where confetti is being dropped on Barney and Marshall.