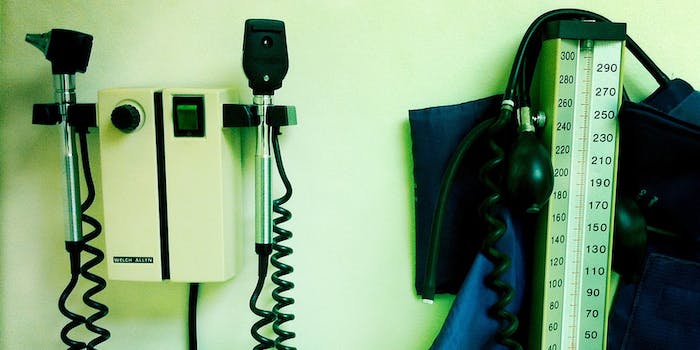 Don't leave your excuses to chance.

With the release this week of Microsoft’s hotly anticipated Xbox One console, gamers who are gainfully employed will be scrambling for an excuse to play hooky. Thankfully, Microsoft understands: “It’s time to spend some quality time with your console for a day (or three),” the company wrote recently. “That means you might have to get out of some obligations.”

To that end, a page on Xbox.com allows users to customize a doctor’s note that excuses the patient to stay home and play their new “Xbone,” as it’s affectionately known.

“Simply fill in the blanks below and send your official Doctor’s note to whomever is making you do the thing that is not Xbox One.” Probably your boss, but maybe a school principal? Or just a significant other? Mom?

You can save the result as a PDF or email it, though you may want to confirm that the recipient has a sense of humor first: Due to a serious condition (you can choose from a list of illnesses such as “Zombie Flu” and “Irritable Battle Syndrome”), the letter states, exposure to an “all-in-one entertainment system” is the only possible course of treatment. Commitments as varied as “watching the kids” and “sexy time,” meanwhile, must be pushed to the side.

There are also places to indicate the patient’s gender, possible side effects of the Xbox One regimen—“twitchy fingers” being the most plausible—and number of prescription refills. The note is scrawlingly signed by “M. Nelson,” which would be Major Nelson, the gamertag of Larry Hryb, director of programming for the Xbox Live network. Sure, he may not have some fancy medical degree, but you can’t say he’s not an expert.