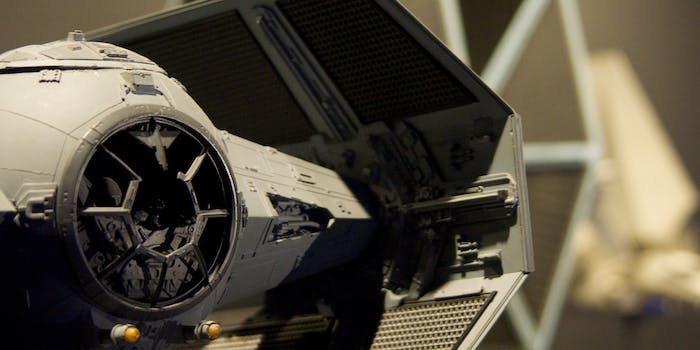 X-Wing and TIE Fighter are back and better than ever

Even if you didn't play these games as a kid, you should now.

You don’t have to spend $400 on a console or thousands on a gaming PC for immersive game experiences. All you need is a regular PC, $20 worth of software, and a compatible control pad.

When GOG.com announced on Tuesday a partnership with Disney Interactive to re-release the portfolio of classic LucasArts games, a generation of gamers cheered. The story hit the front pages because adventure games like Maniac Mansion, and the early Star Wars games, were formative for dedicated video game players.

X-Wing and TIE Fighter, originally released in 1993 and 1994, are so good that they entirely hold up 20 years later. Unless you ran DOSBox or something similar, however, both games were out of reach until they were re-released as Star Wars: X-Wing Special Edition and Star Wars: TIE Fighter Special Edition on Tuesday. GOG released both the original versions, and enhanced special editions that feature original John Williams music scoring and updated graphics.

There’s almost no excuse for Star Wars fans who were too young to play these games when they were contemporary releases not to jump into X-Wing and TIE Fighter for the first time. For veterans of the series, these re-releases are wondrous returns to some of the best Star Wars games ever made. 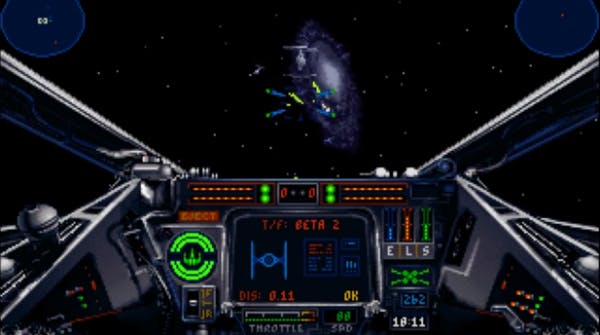 Wing Commander, released in 1990, is generally regarded as the first, modern 3D space combat flight simulator, following in the footsteps of precursor games like Elite. When Chris Roberts, the creator of Wing Commander, talked to me several years ago about his motivation to develop the game, Roberts said he had wanted to create the feeling of being Luke Skywalker in his X-Wing starfighter.

Three years later, X-Wing was released. It was another 3D space combat flight sim, but this time you were a pilot for the Rebel Alliance. The graphics were simple, but they were smooth, and the game was too challenging to have time to complain about visuals. Pilots had to balance mission priorities to defend Rebel ships with whittling down the Imperial fighters trying to destroy them, balance energy systems, and manipulate targeting computers—and it was amazing.

The familiar John Williams Star Wars score, reproduced in MIDI sound, was dynamic and changed based on what you were doing. Star Wars arcade games had been around for years, but X-Wing was a simulator. It was the most engrossing Star Wars game we’d ever seen. X-Wing put us into the movies.

The sequel, TIE Fighter, released in 1994 had players flip the script and fly for the Imperial Navy. The graphics were slightly better, and the story of Imperial traitors was a little more involved. It was, for the most part, an improved version of what was already great. Some would tell you that TIE Fighter is the better of the two games.

The GOG re-releases include both the original versions of X-Wing and TIE Fighter released for DOS and enhanced versions of the Collector’s Editions released in 1998. The enhanced versions have updated graphics that run off the same high-resolution (for the time) engine as X-Wing vs. TIE Fighter, released in 1997. Both packages will cost you $10 each, and are bundled with images of the original reference cards, manuals, and official hint guides.

I’ve only had time to play the enhanced version of X-Wing so far. The music is the actual John Williams score, versus a MIDI representation, which is awesome. The best thing so far about the re-release, however, is that it supports control pads. And my Logitech DualAction controller has enough inputs to support all the basic flight commands I could possibly need, making it easier than ever to play the game.

Here’s the control scheme I’m using. The numbers match the numbers on the specific Logitech pad. The rear controls are marked both with the Logitech numbers, and the corresponding button on a DualShock-style controller. 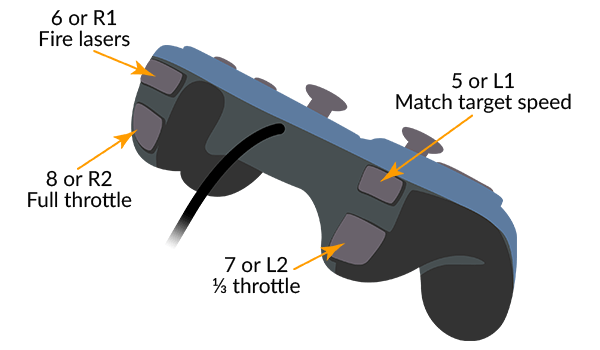 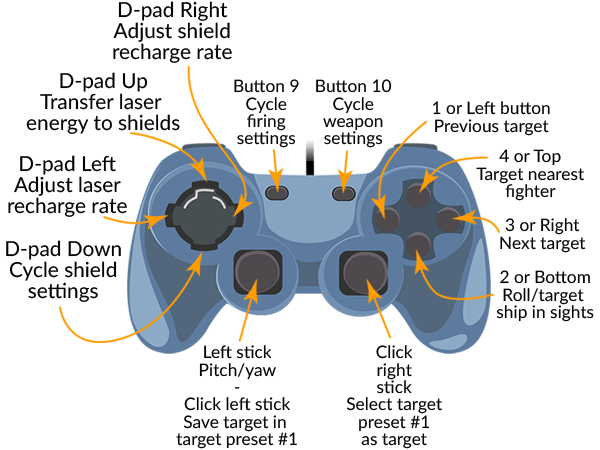 I imagine the same setup is going to work for TIE Fighter, though some of the Imperial ships lack shields. And in both games you’ll still need to use the keyboard for things like wingman commands and to jump to hyperspace.

The responsiveness of a control pad has turned these re-releases into fresh experiences, to the point where given a choice between PlayStation 4 and Xbox One games, I’m playing X-Wing instead. Gameplay trumps graphics every time, and X-Wing plays as well as it did two decades ago. A finer mark of a quality game, one cannot have.

Photo via Roger Schultz/Flickr (CC BY 2.0)