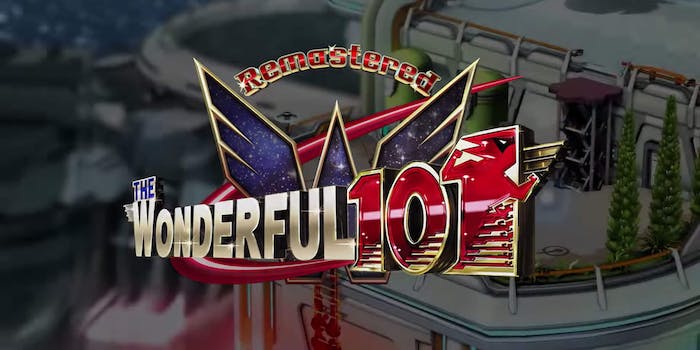 The video game reached its goal thirty times over in just one week.

The Kickstarter campaign to produce a remastered version of The Wonderful 101 by developer PlatinumGames for the Nintendo Switch has reached over 30 times its initial goal in just one week of being active.

Launched Feb. 3, the Kickstarter campaign for The Wonderful 101: Remastered reached its $49,438 goal within four hours. The campaign has been doing so well, in fact, that planned stretch goals that once seemed astronomical have also been cleared and more have been added as updates.

“This will be PlatinumGames’ first attempt at self-publishing,” game director Hideki Kamiya says in a promotional video for the campaign where he acknowledges that the company will need the help of its fans to successfully traverse this new path for the developer.

The director is infamous for his Twitter usage. Kamiya has been known to ban his followers at the drop of a hat for the flimsiest of reasons. In a rare departure from his devil-may-care online persona, Kamiya expressed his gratitude to his supporters with a sincere “＼(〃＾▽＾〃)／ Wonderful !” quickly after the game developer reached its Kickstarter goal.

Unite up on Kickstarter and let's make The Wonderful 101: Remastered a reality!#ALLFOR101 #Platinum4 #Kickstarter https://t.co/5i8iwBiL9K pic.twitter.com/ZnHLJDnKlk

The Wonderful 101 was originally released for the Nintendo Wii U in 2013 as an exclusive for the console. While the game received widespread praise, sales were lackluster. This was in no small part due to the abysmal sales of the console itself. As of 2020, the Wii U has sold 13.56 million units worldwide since its 2012 release. Meanwhile, since its 2017 release, the Nintendo Switch has shipped at least 52.48 million units.

In case you were never aware of how terribly The Wonderful 101 bombed in Japan; within an hour, the Kickstarter has more backers than the amount of units sold in its entire first week.https://t.co/xjTQ9phIie pic.twitter.com/hj7ERL00Nr

The Kickstarter campaign has 24 days left to crowdfund and has already gathered over $1.5 million from nearly 25,000 backers who clearly didn’t want to see this hidden gem fade to obscurity as an exclusive on a mediocre console. Through stretch goals, additional content and a PC and PS4 port of the game have been unlocked with an initial estimated delivery date of April 202o.