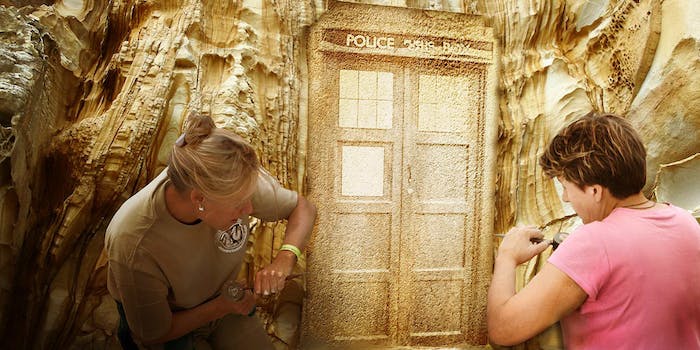 How women are carving out their own spaces in geekdom

Women haven’t always been welcome in geek spaces—so they’re creating their own.

It’s a chilly October weekend, and the Washington State Conference Center in Seattle is packed with geeks.

People mill around three levels, exploring an exhibitor hall, artist alley, and a wide range of panels offered over the course of two days. Attendees sit and relax around the center, taking breaks to chat. Conversations float from harassment in various industries to panels on slash (fanfiction that pairs same-sex partners) to the experiences of geek elders. Nothing is off the table. If you’re passionate about it, worried about it, or anything in-between, this is a safe place to discuss it.

While the goal of the nonprofit event may be to celebrate the female geek, everyone is welcome. That inclusivity is one of the reasons first-time attendee Dakota Sather decided to attend.

“I felt like this would be a safer con for me,” Sather told the Daily Dot. “I’m trans and queer and everything, and so this con makes a particular effort to make it more welcoming for people who are outside the average population demographic. So I felt like it’s more comfortable for me to run around and be myself.

Spurred from a 2010 San Diego Comic-Con panel, the fourth annual GeekGirlCon celebrates women in all areas of geek culture, from science and technology to comics, art, literature, and gaming. It achieves this by welcoming all attendees—not just women—into the fold, something abundantly clear by just walking around and observing the crowd. From gender-neutral bathrooms to an introvert lounge for those who need a quiet break from the crowds, there are many signs that this is an inclusive space.

It’s clear the discussion that sparked GeekGirlCon struck a nerve. Scheduled on the same weekend as bigger, better-known New York Comic Con, thousands still chose to attend GeekGirlCon, from popular names in geek culture to everyday fans. Sather likes the con’s less corporate atmosphere, and that niche topics get bigger slice of time at GeekGirlCon than at other fan conventions.

“[GeekGirlCon] is a very intimate setting, a smaller convention, and more specialized con,” said Grace Moore, Sather’s friend and a second-time GeekGirlCon attendee. “You can get a lot more out of that in the sense that you get to meet people and get specialized topics of discussion that you don’t usually get.”

The people who attend GeekGirlCon want to talk about representation. They want to unpack sexism in popular media and other issues that impact women in geek culture. And instead of relying on the handful of panels that might addresses these issues at other major conventions, they’ve created their own space to have those conversations and bond with like-minded fans.

It’s hard to argue with their desire for a welcoming place to celebrate their fandoms. In a world where GamerGate can turn regular social channels into hunting grounds for Internet trolls and harassers, it makes sense that there’s a growing movement to create safe spaces that cater to and champion underserved and minority groups within the culture.

The movement is far bigger than just fandom, though. AdaCamp has been hosting conferences around the world since 2012 with the goal of “increasing women’s participation in open technology and culture.” More than 300 women in tech attended each event, and a survey taken after the 2013 conference in San Francisco revealed that out of those who attended, 92 percent felt the conference improved their professional networks, and 82 percent felt more a part of a community of women in open technology and culture.

There is a long history of sexism faced by women in tech as in other areas of geek culture, and AdaCamp, like GeekGirlCon, is trying to fortify positive relationships, offer a forum for discussion, and give women a way to share their passion. The conferences are just one effort from nonprofit the Ada Initiative, which promotes and supports women in tech.

Geek Girl Camp has also been expanding the number of technology conferences across the country since it started in 2006. The goal of its conferences is to offer girls and women of all ages and skill levels a place to learn about technology and encourage them to approach it with confidence. It’s a place where women with an interest in tech can feel safe to ask any question and inspire each other.

Geek girls are also carving out smaller events to bring women together, like the WikiWomen’s Lunch meetup held at Wikimania each year. Even Girl Geek Dinners hosted in multiple countries. There’s a growing desire for women to not just meet online but to build networks and relationships face to face. For Moore, spaces like GeekGirlCon are important for realizing that no matter how trivial some people in the world may think these interests or issues are, there are other people who care.

“That is so important as a person, as a girl, as a nerd, as anything to know,” she said. “It’s very important that we have a meeting space like this.”