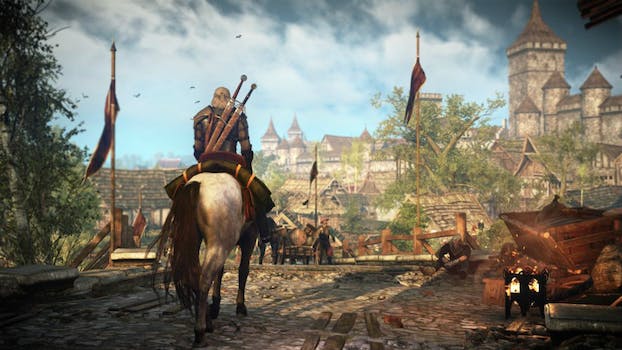 The Witcher developer promises not to screw you out of content.

Tired of paying $60 for a video game and missing out on content because you bought it from the wrong retailer? There are game devs who agree you shouldn’t have to feel that way.

Marcin Iwiński, the co-founder and joint CEO of Polish game development studio CD PROJEKT RED, announced today on the company website that all 16 DLC packs for The Witcher III: Wild Hunt, will cost you absolutely nothing. “You don’t have to pre-order, you don’t have to buy any special edition to get them—if you own a copy of Wild Hunt, they’re yours,” wrote Iwiński. “This is our way of saying thank you for buying our game.”

That is also Iwiński’s way of not-so-subtly calling out the video game industry for the way it parcels out unique content between different retailers, or exclusively to special editions that can cost almost three times the purchase of a standard edition.

For instance, when Bungie announced the content for The Dark Below, the upcoming $20 expansion to Destiny, it also announced that one of the game’s new Strike missions is exclusive to the PlayStation 4. When a game is as slim on content as Destiny is, the loss of a major piece of content like a Strike mission owing to being on the wrong platform is not something to sneeze at, and Xbox players were not happy about it.

“As CD PROJEKT RED, we strongly believe this is not the way it should work and, with The Witcher 3: Wild Hunt, we have decided to do it differently. Cutting to the chase, everyone who buys Wild Hunt will receive 16 specially prepared DLCs absolutely for free, regardless of platform,” wrote Iwiński.

The DLC that Iwiński refers to does admittedly seem to be pretty minor stuff. An additional quest is the only substantive item mentioned in the details about the upcoming, free content. This could arguably be only a symbolic gesture meant to garner positive attention in light of recent grumblings about DLC practices.

You could also argue that CD PROJEKT RED doesn’t need to worry much about how gamers feel about their studio. It is highly regarded by PC gamers in particular for the attention to detail and craftsmanship of The Witcher series of sprawling RPGs. When the release date of The Witcher III: Wild Hunt was pushed back from late 2014 to February 2015 to allow the developers more time to polish the game, reaction was largely positive, ostensibly because gamers know they’re going to get what they pay for.

The Witcher III: Wild Hunt will be released for PC, PlayStation 4, and Xbox One on Feb. 24.