The ‘Battlefield’ franchise is spinning out of control

Fool me thrice, and I must be an idiot.

I love the Battlefield series more than any other first-person shooter franchise in the marketplace. No one else does combined arms, big team warfare on huge maps like Swedish developer DICE. They used to, at least. In recent years the product has fallen somewhere on a spectrum of buggy to nonfunctional, juxtaposed with bombastic PR campaigns that promise the moon.

Battlefield 3 looked awesome when it was revealed. The online component was awful nine months after release. Fool me once, shame on you. Battlefield 4 promised a storyline with all the feels, coupled with an improved multiplayer mode. The story was awful, and the netcode behind the multiplayer was still being fixed this month. Fool me twice, shame on me.

Electronic Arts did not intend for any of us to be talking about the series’ latest iteration, Battlefield: Hardline, right now. An early trailer meant for internal distribution, indicated by the fact that the game is code-named “Omaha” in the footage, was leaked to the press yesterday. EA has been yanking the trailer off the web, which you can still watch here as of the time this story was published.

The newest Battlefield game is no longer about soldiers, as has been the case in the previous twelve games in the Battlefield franchise. Now it’s about cops, with an awesome television episode-like structure to its single player campaign, and a mess of really cool multiplayer modes set in a cops-and-robbers theme. And all I can think about is “Fool me thrice, and I must be an idiot. 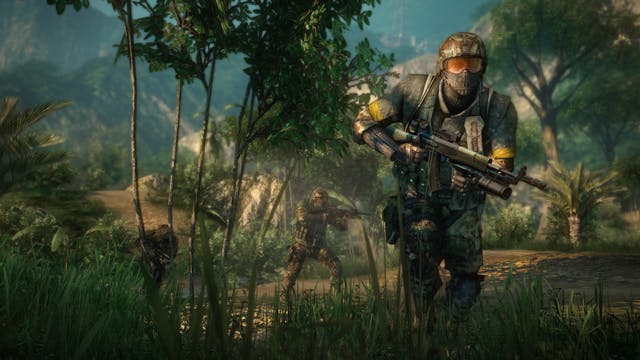 Battlefield: Bad Company 2 is on my short list of best games of the seventh console generation, meaning the Xbox 360 and PlayStation 3. Bad Company 2 was the last game to command the attention of every single gaming friend I have who enjoys multiplayer first-person shooters, such that all of us were playing together in huge groups.

The battlefields were destructible. I’ll never forget how much fun it was to deal with a sniper on the top floor of a building by just knocking the entire building down, via lacing the bottom floor with carefully-spaced blocks of plastic explosives.

I saw Battlefield 3 revealed in The Temple Nightclub in San Francisco in the spring of 2011. Electronic Arts stood the assembled members of the press in the middle of the dance floor, surrounded by gigantic speakers, with something under our feet that made the floor shake as Patrick Bach, the producer of Battlefield 3, played through part of the game’s single player campaign. The graphics were impressive. The game looked fun.

Battlefield 3 was released that October, the Xbox 360 version of the game didn’t look nearly as good as the reveal footage, which was expected because those reveals run on high-end PCs. What I didn’t expect was that in the summer of 2012 official game servers, i.e. servers that ran multiplayer matches on the standard game settings, would have all but vanished. They were replaced by player-rented servers with player-determined game settings that were usually awful, and then when Electronic Arts announced that new, official servers were coming back online, you had to sift for them manually, which was also awful. 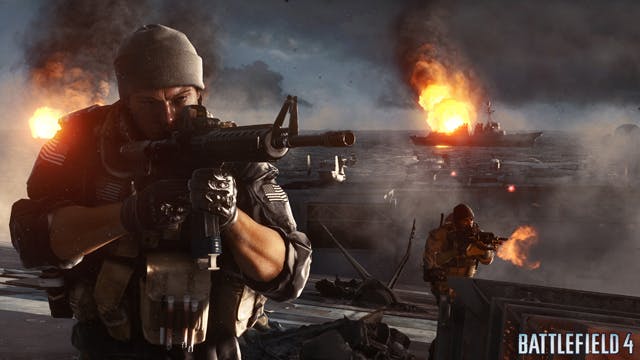 I saw Battlefield 4 revealed in an AMC movie theater in San Francisco in the spring of 2013. Patrick Soderlund, executive vice president of EA Studios, spun a yarn about how the new, improved graphics engine would create characters we would get attached to and care about in the single player campaign.

During my interview with Soderlund that evening, I talked with him about games that delivered emotionally-powerful moments, like The Walking Dead and Journey, and Soderlund told me that DICE was going for the same drama and experience those games were known for. When Battlefield 4 was released in October of that year, I discovered a campaign with horrible dialogue and forgettable characters that I slogged most of the way through before my save file was corrupted—a problem suffered by many players—and which I couldn’t bother justifying the time to start over.

The multiplayer component of Battlefield 4 was horribly broken, so much so that developer DICE halted all work on the multitude of planned expansions to try and fix the problems. Lawyers, meanwhile, sought to slap Electronic Arts with class-action lawsuits on the charge that the publisher misrepresented the quality of the game and Battlefield 4’s potential performance in the marketplace. Multiplayer bugs were still being worked out this month.

When it leaked that the newest game in the Battlefield franchise isn’t even going to be a military shooter, I reflected on the fact that Electronic Arts was walking away from the traditional theme of the Battlefield franchise without having satisfied the need for a quality, combined arms warfare multiplayer game since Bad Company 2, which was released in 2010. I guess we still don’t get that game for a while. It’s very frustrating.

What’s even more frustrating is that gamers will certainly pick up Battlefield: Hardline in droves on release day, rather than waiting to see if the thing works. No one will learn any lessons from the past three years about why Battlefield games ought not to be trusted until Electronic Arts absolutely nails a problem-free release, which is what it ought to take to maintain the consumer’s trust.

When EA’s chief creative officer, Rich Hilleman, was caught in an impromptu interview at this year’s D.I.C.E. summit in Las Vegas about the rocky launch of Battlefield 4, he had the unmitigated gall to reply with “I’m not sure I accept your premise. Battlefield 4 has been an exceedingly successful product on both consoles and PC.”

As long as gamers continue to buy the marketing hype—in this case the “whole new Battlefield experience with cops and robbers!” pitch that the leaked trailer made public yesterday—Electronic Arts really has no reason to worry about changing its ways in regards to the Battlefield franchise. It’s not even about fooling gamers thrice. It’s that consumers, as a whole, either are willfully ignoring the past, or worse yet, just don’t really give a damn about screwing themselves by rewarding failure.