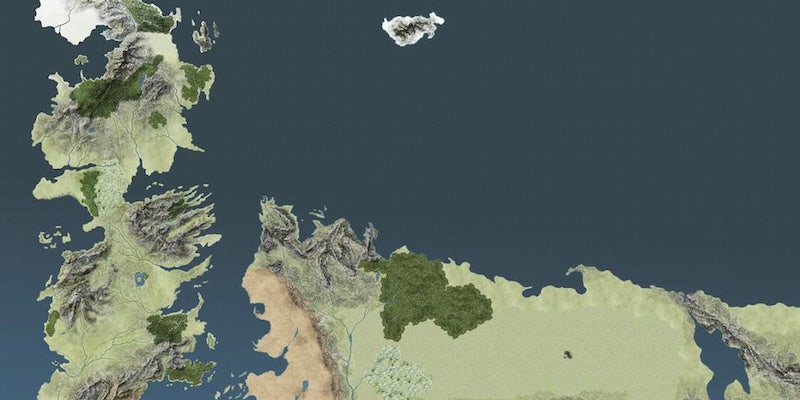 All the travel and knowledge without any dragons or murder threats.

You can already visit Diagon Alley and the TARDIS with Google Maps, so why not Westeros and Essos?

With the help of a fanmade Google Maps design, you can explore George R.R. Martin’s world from A Song of Ice and Fire and Game of Thrones.

It gives you all of the benefits of visiting Westeros and Essos without risking getting murdered while you’re traveling on the Kingsroad. In fact, it probably could’ve helped a few characters out.

What separates this from a regular map is that with just a few clicks, you can get your full dose of Westeros history. You can view Westeros by House Sigils or by which family owns which region of land. 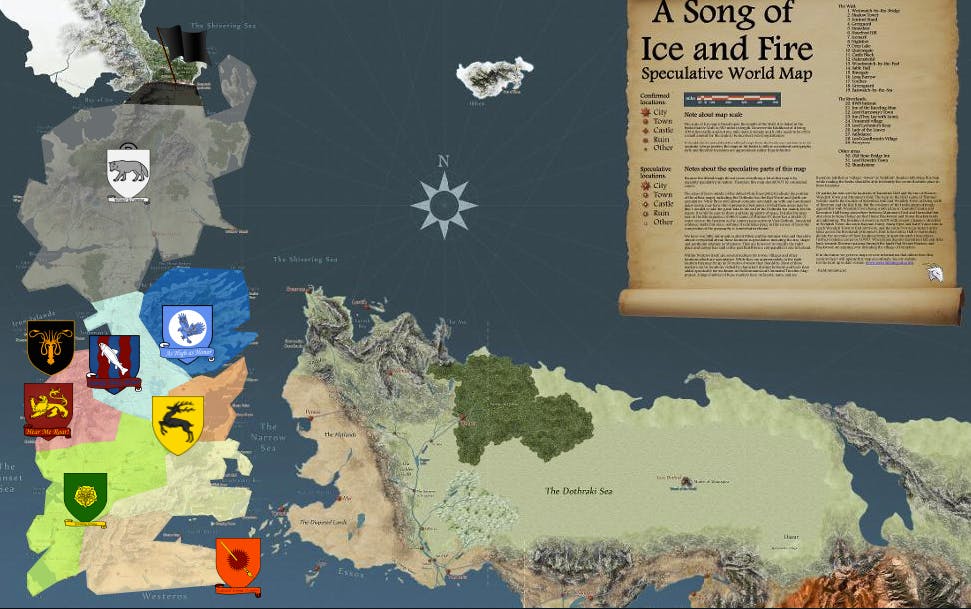 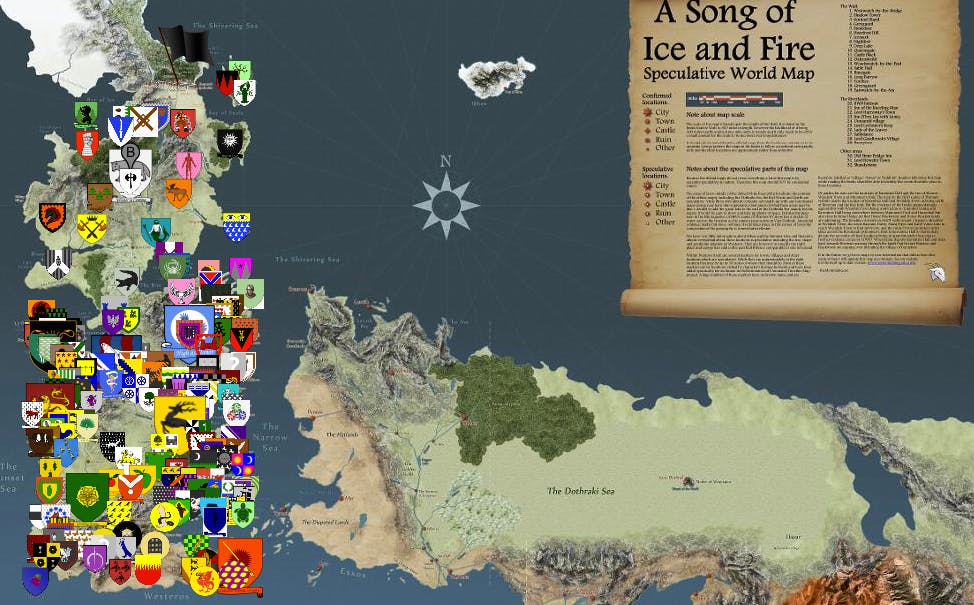 With just a click, you can view character journeys between lands and cities, and you can control what you see by how far you’ve gotten in the books with the “spoilers through” function with the books’ numerous point-of-view characters. Clicking on the names of characters and places will take you to the corresponding AWOIAF (A Wiki of Ice and Fire) page, which, by the way, is full of book spoilers.

For example, Ned Stark’s journey starts in Winterfell and ends in the same place roughly about the same time for both the book and show. 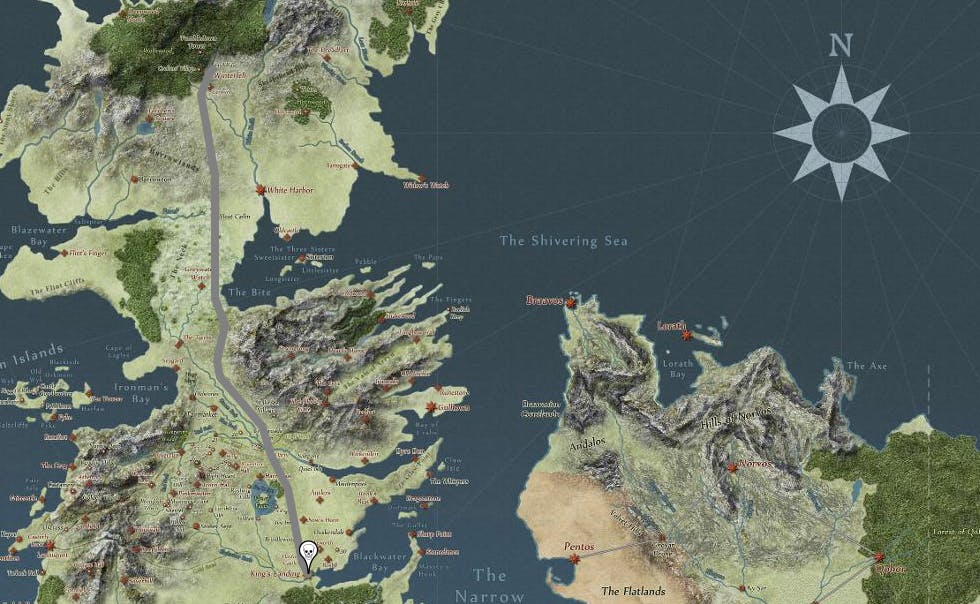 But it’s not just an enhancement tool for book readers. If you’ve only watched the show and fear future spoilers yet want to explore, just switch the view to chapters instead of episodes, so you’ll only see Daenerys’s journey up to “The Lion and the Rose.” 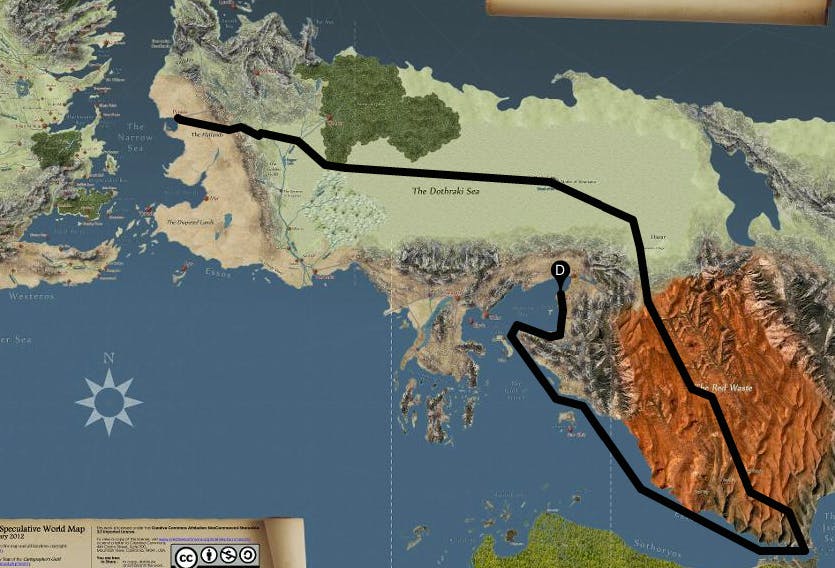