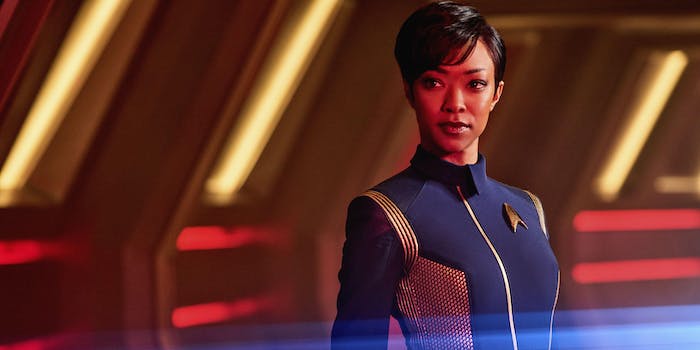 How to watch ‘Star Trek: Discovery’ in the U.S. and abroad

CBS is not making it easy for American viewers.

The second half of Star Trek: Discovery‘s first season begins on Sunday, Jan. 7, in the U.S. and Canada, and Monday, Jan. 8, everywhere else. Unlike previous Star Trek shows, this one won’t be airing on network TV. So, where can you watch it?

How to watch Star Trek: Discovery

How to watch Star Trek: Discovery in the U.S.

Right now Amazon is offering only the ad-free $9.99 tier of the channel, but Variety reports it will add the $5.99 option later.

How to watch Star Trek: Discovery in Canada

In Canada, new Star Trek: Discovery episodes will air weekly on the sci-fi channels Space (in English) and Z (in French). Online streamers can watch on CraveTV.

International viewers can see new episodes on Netflix “within 24 hours” of the U.S. release. Netflix will distribute Discovery to 188 countries, so it’s a simple matter of searching “Star Trek: Discovery” on your Netflix account to make sure it’s listed in your country. The show will arrive at 9am CET on Netflix, just a few hours after it airs in the U.S.

System error: launch time is set for 8am BST / 9am CET.

If you’re an American who wants to dodge that CBS All Access charge by accessing foreign Netflix through a proxy, you may want to reconsider. Netflix recently updated the site to block international proxies, so it’s harder to cheat the system.

CBS, meanwhile, is doing its level best to make sure no spoilers leak out—and to force people to sign up for All Access.