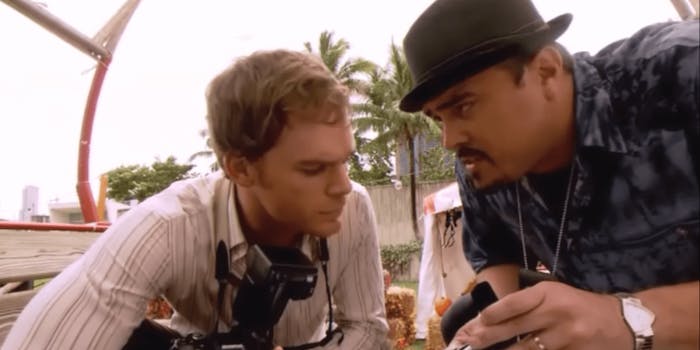 Should you choose Amazon Prime over Netflix?

There are thousands of streaming channels on Roku, smart TVs, game consoles, and the internet at large. But for most streaming users, two names reign supreme: Amazon Prime and Netflix. Anchored by massive content libraries, including both licensed and original series, these two streaming titans are at war for market share and viewers. Both are successful, and each service brings unique options to the table, tempting fickle subscribers with juicy offerings and special perks.

If you have to narrow it down to just one streaming service, the choice can be difficult. Here are a few key differences when thinking about Amazon Prime vs Netflix, from cost and content to exclusive bonus features.

Both Netflix and Amazon offer a one-month free trial period. For students, Amazon also offers a six-month free trial that automatically upgrades to full price. After that, the costs get a little more complicated.

Amazon costs $199.99 for the full Prime package, which includes two-day shipping on Prime products and access to Prime Video. If you’d like to pay for Prime month-to-month, Amazon offers a $12.99 a month Prime option or a $8.99 a month Prime Video-only option. In both cases, you get access to its full video library, including Amazon’s 4K Ultra HD content. You can stream video on up to two devices at a time using Amazon Prime.

How much Netflix costs depends on your subscription tier. Each subscription includes access to its entire library and the option to download videos to your phone or tablet for offline viewing. For $8.99 a month, you get the ability to watch standard definition streams on one device at a time. For $12.99 subscribers can stream HD video content to two devices simultaneously, and download videos to two mobile devices at a time. Netflix’s most expensive option is the $15.99 four screen Ultra HD 4K options. At this level, you can watch content on up to four devices and download videos on four mobile devices for offline listening. What’s more, you’ll also get access to Netflix’s 4K content.

When it comes to price, Amazon has Netflix beat. Each cost level at Amazon offers the same video quality and options, plus the added bonus of two-day shipping and countless other perks. Netflix’s HD option costs $155.88 per year to Amazon Prime’s $199.99 a year, and that level of Netflix doesn’t even offer you 4K content.

Both Netflix and Amazon have invested heavily in original programming, offering a wide variety of movies, shows, and documentaries produced in house, but Netflix is the undisputed leader.

When it comes to Netflix original movies, we’re starting to see cinematic offerings on the same level as its wildly successful TV series. For instance, big budget Will Smith-helmed action fantasy Bright hits the service this Winter.

Amazon Prime has taken a slower approach, offering around 40 original series. There are several that qualify as must-watch TV:

These shows tend to take fewer broad risks, focusing on traditionally profitable genres like suspense, comedy, sci-fi, and drama. That’s not to say Amazon’s shows are bad, in fact, the amount of great content they’ve produced is impressive. The Man in the High Castle is a disturbing sci-fi alternate history about a world where the Nazi’s won World War II. Bosch gives the service its first gritty cop drama, while Transparent has won major accolades for its soul-stirring examination of trans parent’s personal awakening. Other upcoming original series include The Tick, Jean-Claud Van Johnson (about Jean-Claude Van Damme as a super spy), and Tom Clancy’s Jack Ryan.

Amazon is firmly in the lead, however, with original movies. Amazon Studios produced two of the most highly acclaimed movies of 2016, Manchester by Sea and Moonlight, both of which had theatrical releases and earned Oscars before finding a home on Prime.

According to Instant Watcher, Netflix has 4,032 movies for streaming compared to Amazon’s staggering 32,518 movies. However, it’s important to note that Amazon has a whole lot of crap padding those numbers, with a brain-melting amount of low-budget horror, action, and bad dramas that were likely shot on a camcorder in the early ’90s. If you’re a fan of B-horror, though, it’s not all bad.

Netflix, while less clunky, has its own problems. In the U.S., in particular, its movie library is rapidly shrinking, which means that there are fewer important titles than the service offers in other countries. According to a 2015 report by Exstreamist, Netflix’s movie catalog has dropped by more than 50 percent since 2012 as distributors pull streaming rights from Netflix to sell them to competitors like Amazon and Hulu. That’s one reason why the company has invested so heavily in its own movies and series.

Just because their numbers are dwindling doesn’t mean there isn’t a lot of gold to mine. Netflix still has top-tier content like Sing!, Star Wars: Rogue One, Disney’s Moana, and Doctor Strange. Its back catalog is constantly updated with a great selection of horror movies, dramas and thrillers, sexy romances, and more. Right now you can watch the entire Matrix trilogy, Inglorious Bastards, Titanic, and E.T. the Extra-Terrestrial from the comfort of your home or your smartphone.

Netflix currently has 2,857 seasons of TV available while Amazon has around 5,181 seasons of shows. Right now both companies are evenly matched when it comes to broadcast TV, though Netflix edges out Amazon by just a little.

Netflix is currently the home of hits like Breaking Bad, FRIENDS, Parks and Recreation, The Office, Scandal, How to Get Away With Murder, and more. While movies seem to be disappearing more often than ever, TV is where Netflix is still dominating the competition.

Amazon is catching up, however, by reviving basic cable and ’80s and ’90s hits to bolster viewers. USA network shows like Suits might not have massive followings, but once you start bingeing these along with full seasons of Roseanne and Unsolved Mysteries, you might be hooked.

One important thing to note is that no matter who you choose, you can watch Star Trek either way. Every Trekkie wins.

Amazon wins when it comes to quality because it doesn’t lock HD behind an extra price point. HD is standard now, and it’s asinine for Netflix to charge more for it. However, each service offers the same streaming quality, so no matter what your picture will be crystal clear (especially if you have a 4K TV). It’s just a shame there isn’t much 4K content to watch.

At the moment, Netflix has the most 4K on-demand content with most of its original documentaries and comedy specials filmed in Ultra HD.

But wait, there’s more! Here are our Netflix guides for the best war movies, documentaries, anime, indie flicks, and movies based on true stories streaming right now. There are also sad movies guaranteed to make you cry, weird movies to melt your brain, and comedy specials when you really need to laugh.