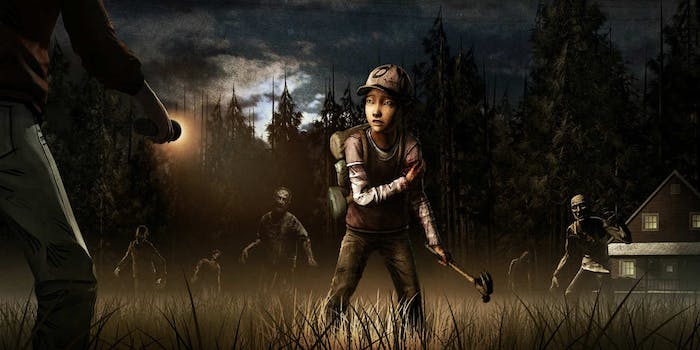 Zombies are taking over these next gen consoles.

The Walking Dead games by Telltale are dark, brutal, and feature one of the most interesting video game protagonists in years.

Right now you can’t play either of them on the PlayStation 4 or Xbox One. But that’ll change on Oct. 14, when the Game of the Year edition of The Walking Dead: Season One is released for both systems.

If you decide to pick up the Season Two compilation, on any platform, we strongly recommend giving yourself a healthy amount of time between episodes. Our single-day, 10-hour binge-run through Season Two left us exhausted.