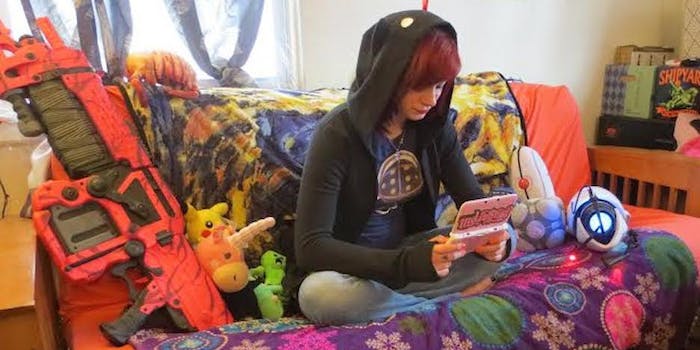 "Women have to fight to be represented and treated equally in this community."

The fact that there are girls who love comics, video games, and all things geeky is nothing new. Women have been into this stuff just as long as men have—even when they weren’t the target audience. Yet in geek culture there’s still this idea that girls who are passionate about games and comics are as elusive as the mystical unicorn. And like the unicorn, these girls can’t really exist, right? Hence, the “fake geek girl” debate that perennially emerges, feeding into the sexism and harassment found in geek culture.

It was at the height of the “fake geek girl” debate more than a year ago that Terra Clarke Olsen came up with the idea for a Tumblr project called The Unicorn Files. Olsen, a columnist for Seattle Weekly and staffer at GeekGirlCon, saw a lot of women writing about the issue but thought that while these stories were valuable, they could also feel isolating since they were mostly one person giving their opinion.

“I wanted to create a platform that shows the wide and diverse body of female geeks in the community, giving a voice to many women, not just one,” Olsen told the Daily Dot. 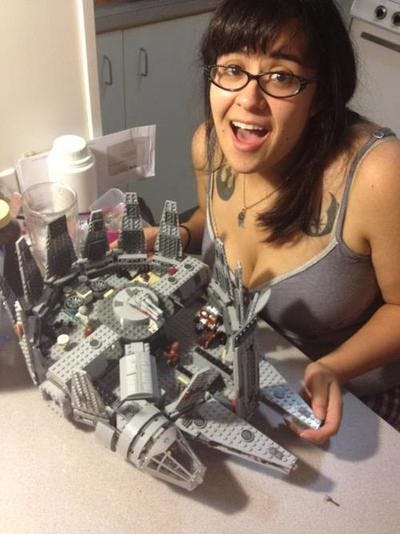 “I’ve been asked if my Rebel Alliance and Jedi council tattoos were real, but how many have questioned the guy who just walked by with a Jabba the Hutt on his shoulder?” wrote featured geek girl Meg Humphrey.

Olsen’s goal for the project is to show that female geeks of all types exist. She wants to debunk “the myth of the female geek, one geek at a time.” The Unicorn Files began in February and started as a photo project by Olsen and photographer Nate Watters. At first they planned to photograph volunteers at their homes and write bios about each of them to accompany the photos, however the pair received so many volunteers from across the country that they decided to change gears. Instead they now allow women to send them their photos and answer a questionnaire that Olsen uses to write each bio. In this way they hope no one will feel excluded. Olsen and Watters still photograph some volunteers in their homes, but those photos have yet to be shared on Tumblr. In the future they may become part of a larger photo exhibition.

Even with the overwhelming number of submissions, Olsen is still looking for more volunteers.

“I’ve found that many people are still unsure about the project, wondering if the project really wants to showcase a diverse group…At first I was puzzled by this response, because I said any female geek, including those who identify as being female, could participate, but a few of my friends kindly explained to me that often people will say ‘everyone’ but not actually mean ‘everyone.’ That was eyeopening, so I wrote a detailed Q&A hoping to ease any troubled minds. I’m hoping that more women who were doubtful of the project feel comfortable enough to volunteer to be a featured geek,” Olsen said. 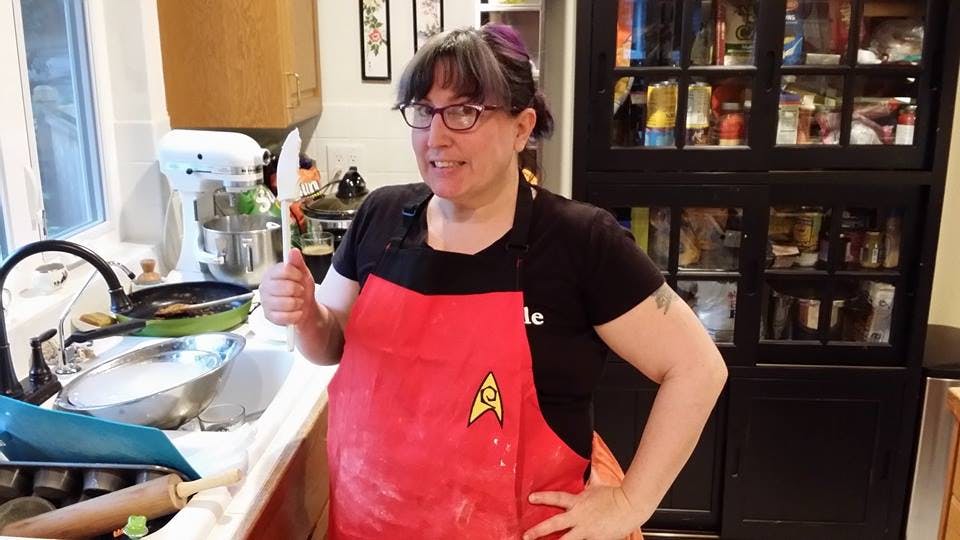 Featured geek girl Donna Prior is a community and events manager in the gaming industry.

With the idea of the “fake geek girl” still alive and well, it’s no surprise some women are hesitant about a project being inclusive. In fact, one of the reasons Olsen thinks it’s so important to show the diversity among geek girls is because she thinks even when they are represented in media it’s too often as straight, white, 20-something women. This notion makes it even harder for geek girls of different types to make themselves seen and heard. In reality, not only are geek girls many, but they’re diverse. Yet, Olsen still struggles with the idea that people think geek girls are rare.

“Somedays I naively think that those days are behind us, and then I hear a remark or read a comment that reminds me that we still have a long way to go. Although it’s a complex issue, I think it can be boiled down to patriarchy and the fear of losing control,” she explained. “Throughout geek history, women have been marginalized in all areas of geekdom, be it representation or participation. And although things are looking up, women have to fight to be represented and treated equally in this community—which is ironic since the community as a whole has been marginalized until very recently.” 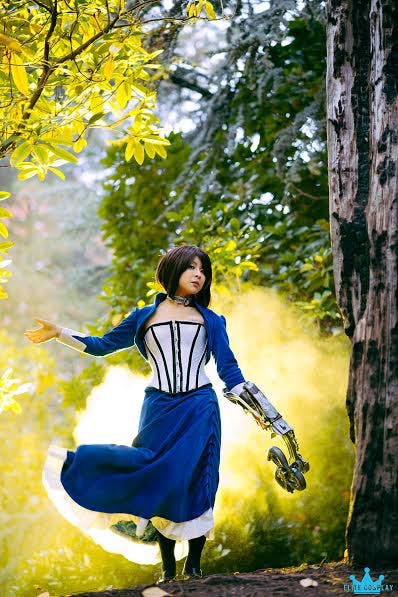 A cosplayer and analytical chemist, featured geek girl Riri wrote “You can be a geek in anything!”

Reading through the stories of each volunteer reminds Olsen of the importance of her project. She’s been touched by the number of women who say they are shy, but took photos of themselves because they feel The Unicorn Files is important. Some of the information Olsen receives contains moving stories and personal information. These women tell her about infuriating experiences with prejudice, but also stories about how geek culture has helped them feel more confident.

“For example, one featured geek explained that her fandoms helped her realize that she is queer and that it’s okay to not fit into society’s gender norms. Stories like that make me love this project even more!” Olsen said.

Hearing all of these experiences is why Olsen will keep the project going for as long as women keep volunteering, and in the long term she wants to be able to travel across the country to photograph more geek girls. She hopes that the professional photographs they take can be shown in a gallery one day and perhaps even published in a complete collection with the help of a Kickstarter campaign. 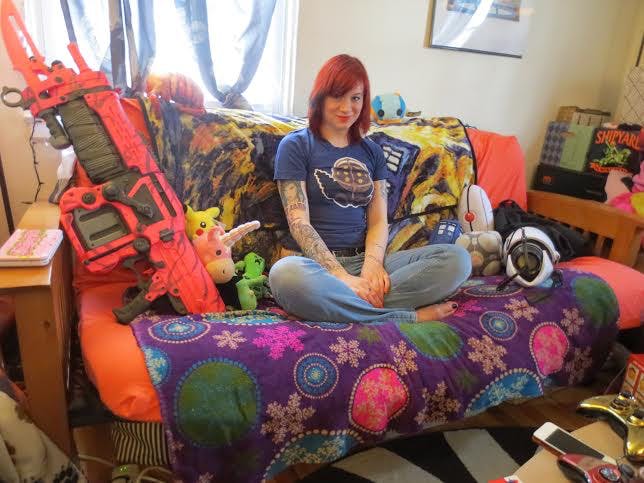 Featured geek girl Abi is a GameStop employee and grad student working on a master’s thesis on women and video games.


Photo via The Unicorn Files/Tumblr