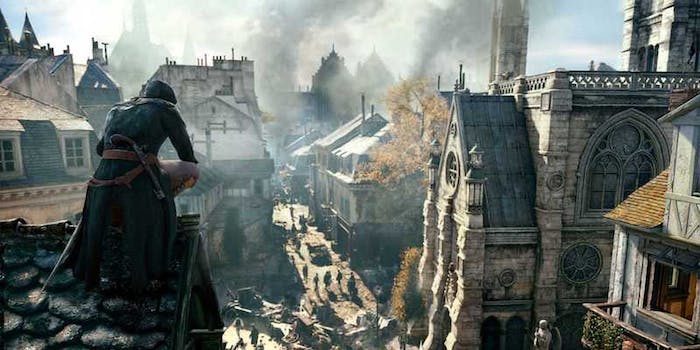 Ubisoft could throw its hat in the subscription service ring

With the Netflix revolution, it was only a matter of time before video game makers got in on subscription-based access. Late last month we reported that Electronic Arts was going to introduce a $5 per month option for Xbox One users that gives them unlimited access to a few EA games. It seems that mega publisher Ubisoft has been considering a similar model.

In an interview with GameInformer, CEO of Ubisoft Yves Guillemot revealed that he’s keeping a “watchful eye” on EA Access. One major advantage of having a separate publisher channel on Xbox One is that it gives consumers access to a larger array of properties.

“Often, people are only interested in one brand from a publisher, so they don’t look for other brands. When you buy into something like Access, you can try other things for free and discover other things you like. It’s a way to make sure gamers can get more info on what we do and the diversity of our portfolio.”

Consumers tend to also lump the games they buy with the console they’re playing it on. Having separate channels, one for EA, Ubisoft, or Activision gives more attention to the publishers. It could also create more of a following around those certain channels. If a consumer knows that they enjoyed Assassin’s Creed on the Ubisoft channel, they may look to Ubisoft for similar experiences.

Right now the most anticipated player in this space is Sony’s PlayStation Now. Currently in beta, it’s positioning itself to be the best platform for playing legacy software on console. Right now it’s a streaming service. Sony is also considering introducing a subscription service for PlayStation Now, letting consumers pay a set fee to have access to certain titles for streaming.

EA Access is likely a response to the incredibly successful PlayStation Plus service by Sony. It offers online multiplayer access, discounts, and free games to subscribers. Although statistics are sparse, we do know that half of PlayStation 4 users are subscribed to the service. Considering that 10 million PS4’s have already sold to consumers, PlayStation Plus has proven to be very lucrative. Even then, PlayStation Plus is more like a Sam’s Club card, while PlayStation Now is much more like Netflix.

The subscription model is still pretty new to gaming companies, and the only one to really provide unlimited play for one price has been Ouya. We will have to wait and see how publishers will wade into this area in the future.