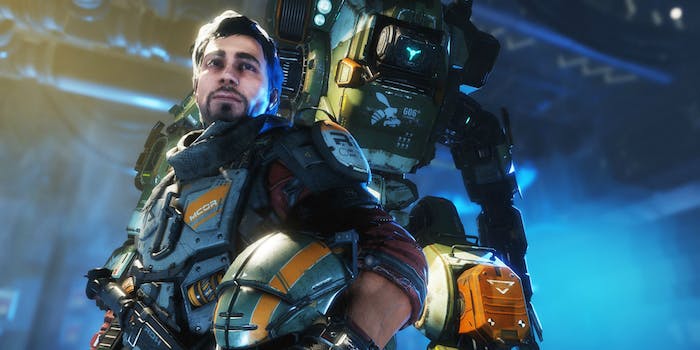 Barreling through the air at the end of a grappling hook and having no choice but to get in my opponents’ faces made for an exciting demo session of Titanfall 2.

Electronic Arts launched Titanfall 1 as an Xbox One exclusive to the chagrin of PlayStation gamers, so it’s significant that EA offered Titanfall 2 to the general gaming public on PlayStation 4 at its EA Play event at E3 last week.

I can confirm that Titanfall 2 feels perfectly at home on the PS4, after playing almost two hours of the game at EA Play. The developers from Respawn managing the demo room stopped bothering to make me walk out after the match, queue back in line, and come back to the room for another round. And I dug in to the game so hard because I was looking for something specific.

I expected new Pilot and Titan abilities, new maps, and new game modes for Titanfall 2. But what about changes to the underlying rules of the game? How has Respawn iterated on Titanfall’s basic game rules for the sequel?

The majority of console gamers aren’t on the Xbox One, and therefore Respawn and EA might have gotten away without making changes to the basic Titanfall formula. The fresh-to-the-franchise audience on the PlayStation 4 may not notice some or most of those changes anyway.

The demo offered a single map, one new game mode, three pre-built Pilot classes, and two pre-built Titans, all of which is an assuredly very small slice of what Titanfall 2 will deliver to players. Two basic changes to the game were noticeable. They’ll have appreciable, and in my opinion, welcome effects on how Titanfall veterans approach Titanfall 2. 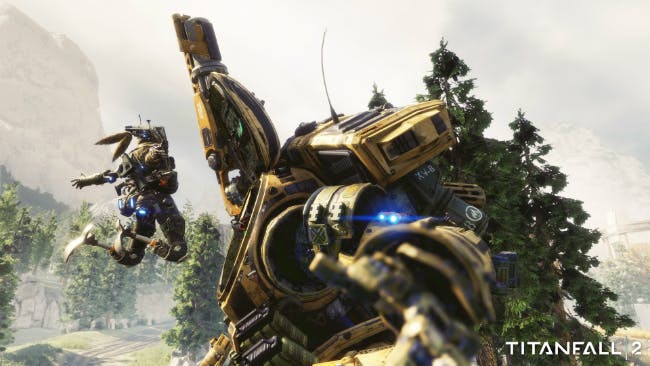 Minions in Titanfall 1 were a design element borrowed from multiplayer online battle arena games. In MOBAs you kill minions—predictable AI-controlled enemies that are not very powerful—to earn experience and currency. In Titanfall you kill minions to earn points, and the more points you earn the more quickly you gain access to a Titan mech.

Human Grunt soldiers, and anthropomorphic robot Spectres, are the two varieties of Minion in Titanfall. Grunts are slow, have terrible aim, and are little more than a nuisance. Spectres are slightly more mobile (they can jump) and are stronger in melee combat, but are still little more than troublesome gnats to swat away.

This was not my experience with minions in Titanfall 2. Grunts slid into cover often, and were more liberal with grenades. Turning my back on a fire team of four Grunts was not a wise decision. I saw Spectres using their ability to change elevation to post up on rooftops and snipe. Minions may still primarily exist as cannon fodder in Titanfall 2, but they at least need to be taken a little more seriously.

Another minor-yet-appreciable change to the core mechanics in Titanfall 2 is the way you board or “rodeo” Titans on foot and destroy them. In Titanfall 1 you could board a Titan, rip off the armor panel covering, and then either lay into it with a gun or plant explosives.

In Titanfall 2 you only have a single option it seems when you rodeo an enemy Titan. You yank out a cylindrical cooling rod from the back of the Titan’s “head,” and drop a single grenade into the hole, after which your Pilot jumps off the Titan to avoid the explosion. This means it takes a lot more rodeo attacks to kill a Titan than it did before.

This also means exposing yourself to enemy fire far more often if you want to take down Titans as infantry, versus using your anti-Titan weapon, or just waiting until you have your own Titan to go head-to-head with the enemy. 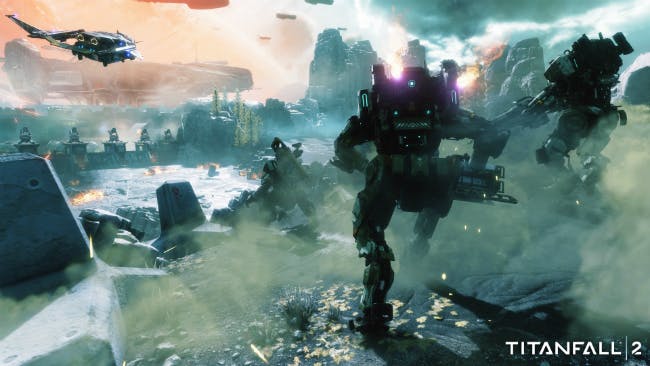 Satisfied that Respawn is indeed making fundamental improvements to Titanfall for the sequel, I then started focusing in on the new content and liked everything I found.

The grappling hook ability that featured so prominently in the single-player campaign reveal at EA Play really is a game changer. Setting up your parkour runs correctly so you could make it on top of buildings in Titanfall 1 sometimes felt more challenging than it needed to be. Enter the grappling hook in Titanfall 2.

You can use the grappling hook to rapidly change direction while in the air, which makes for a good evasive maneuver or to serve as a flashy distraction to divert enemy attention. It’s also deadly when used in conjunction with rodeo attacks, closing the distance with enemy Titans much more safely than otherwise.

The new game mode, Bounty Hunt, works by allocating more points for kills that take place within the radius of specified points on the map. That means players funnel into those points for some satisfying close-quarters chaos. Named Titans also appear on the map as bounty objectives, which inspires CQB, but between Titans.

Titans can be armed with land mines in Titanfall 2. Standing back and shooting at long range while piloting a Titan can lead to your getting flanked and boxed in with mines. Dropping mines down the road from a Titan can either make them pause just long enough to allow your allies to get into a flanking position, or better yet can make an enemy Titan change direction and run headfirst into your incoming allies.

The sum total of the changes I noticed in only two hours of Titanfall 2 definitely led to a more exciting multiplayer mode. PlayStation 4 gamers had to wait to get their hands on one of the fastest, most interesting shooter franchises on the market, but they’re getting a better game than Xbox One and PC gamers have access to right now. The wait was worth it.

Titanfall will be released for PC, PlayStation 4, and Xbox One on Oct. 28.