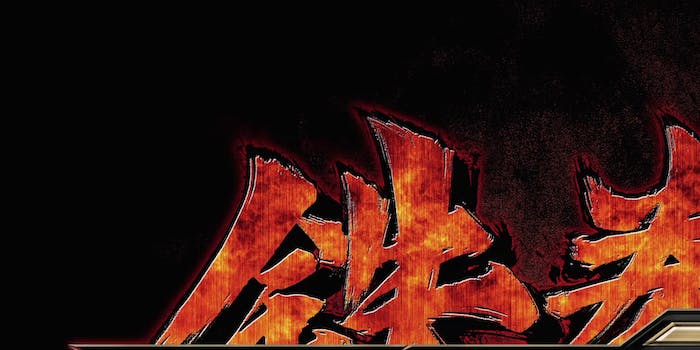 This is for all the little girls with big Comic-Con dreams.

The North American premiere of Thunderbirds Are Go may have yielded the sweetest Comic-Con story of the year.

At a packed Thunderbirds panel, fans were treated to a viewing of an episode from the new animated reboot of the ’60s series, which debuted in Britain on ITV in April. Fans of the series hope to bring the show, which was recently picked up for season 2, to the U.S.

The panel showed an exciting episode that spotlighted one of its female characters, Kayo Kyrano, voiced by Merlin‘s Angel Coulby.

But the most surprising part of the panel came during the Q&A.

Taylor is best known for helming the special effects team for the Lord of the Rings trilogy and The Hobbit. In that capacity, he’s been a recurring Comic-Con visitor for well over a decade. Naturally, audience members were curious about the art production elements of the show.

He then shared a very special story straight from Comic-Con.

After a similar panel many years ago, Taylor said, he was approached by a girl in the audience who had big dreams.

The girl, who was named Sumi, “was about 11 or 12 years old,” told Taylor she wanted to work in special effects when she was older.

Despite her age, Sumi already had her portfolio ready—Taylor said she whipped out some of her sketches to show him on the spot.

Taylor was, of course, encouraging. But the story didn’t end there.

Every year when he returned to Comic-Con, Sumi was there. Taylor, who himself spent 15 years trying to make Thunderbirds a reality, appreciated her dedication, being a self-described “tenacious kiwi” himself.

Over the years, they became close friends, and when she finally graduated from college, “She came to New Zealand and stayed with my wife and I, having met with us every year these 10 or 12 years.”

Sure enough, after all those years, Taylor said, he hired her to work in his special effects department.

He also acknowledged Sumi—who was, of course, still coming to Comic-Con and still in the audience. She now has a successful career as a web designer.

“It’s thrilling to think that from those early conversations something wonderful can bloom,” Taylor said.

We hope Taylor’s dream of bringing Thunderbirds to the U.S. becomes a reality—if only so he can continue nurturing the dreams of SDCC heroines in the process.