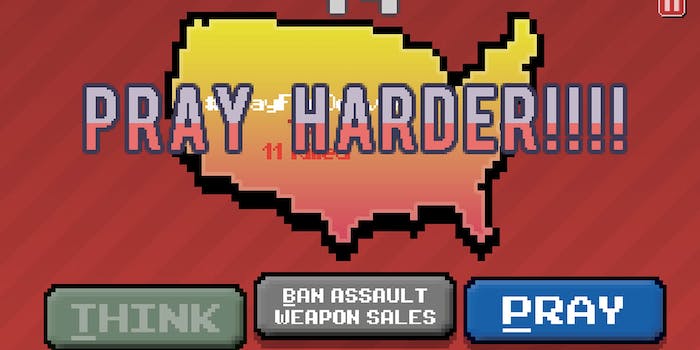 GOP Arcade gives you something to think about the next time you see prayer trending after a mass shooting.

A new game from the folks at Everyday Arcade wants to make a statement on all those inevitable prayer hashtags that come after mass shootings.

Called Thoughts & Prayers: The Game, it challenges players to stop mass shootings in the United States with the power of spiritual energy. 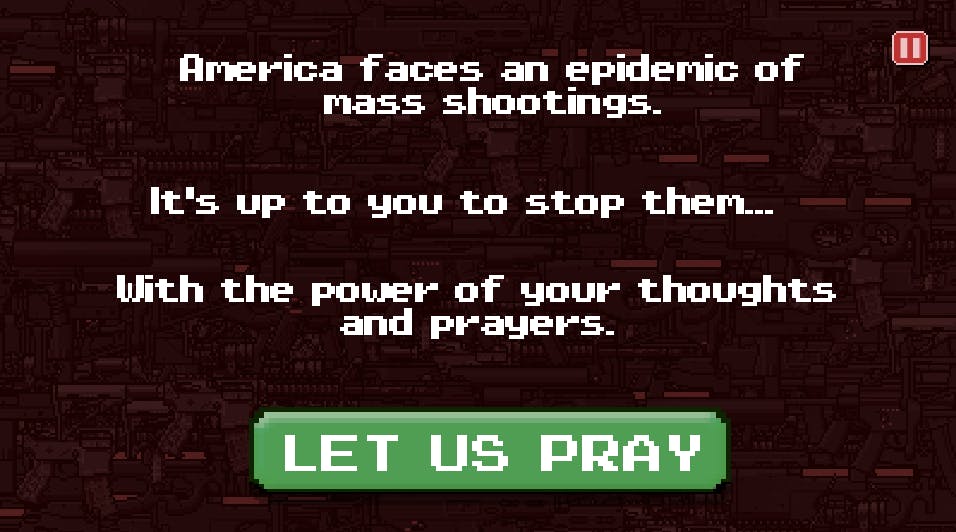 Gameplay is comprised of two buttons: one for thinking and one for praying. As the clock counts down and shootings happen around the nation, a new button appears offering users the ability to ban the sales of assault weapons. If pressed, it sends messages like “That’s un-American!” and “You depend on NRA donations!” 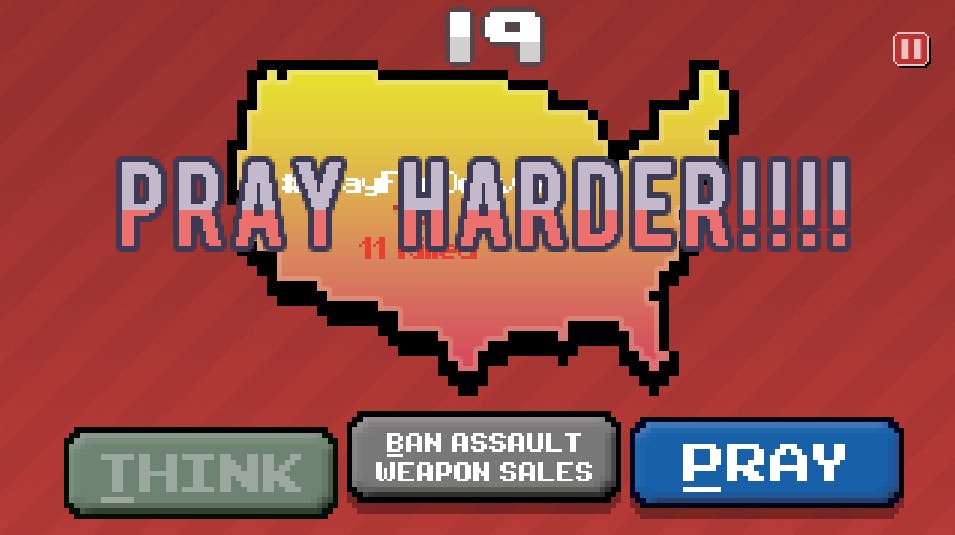 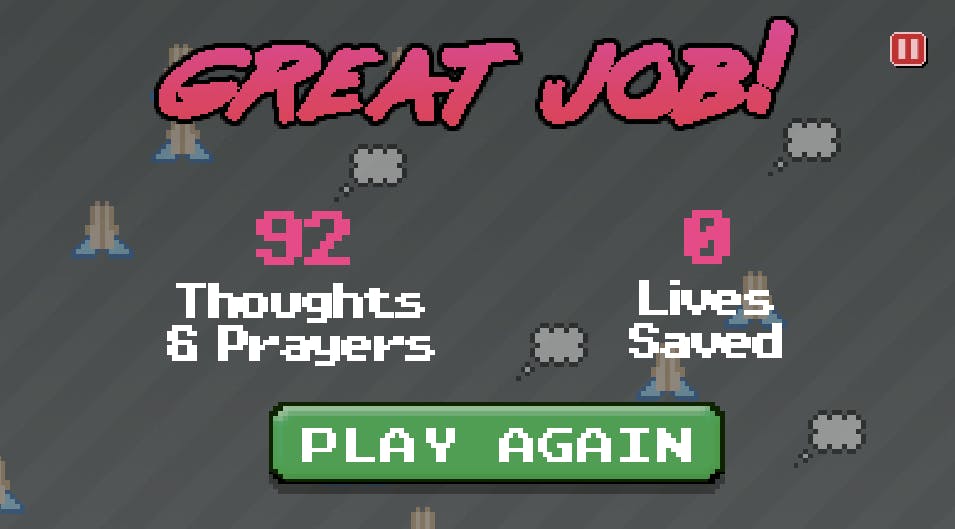 You’d have to be pretty dense not to get the message at the end of Thoughts & Prayers: The Game, as it’s fairly loud and clear.

Mike Lacher, one of the three founders of Everyday Arcade, tells The Daily Dot in a Skype interview that, after the Orlando shooting, he and two friends started thinking about making a game about the focus on prayers in the media.

“My friend Brian said, ‘Why don’t we make a game where your only actions were to think and to pray?,'” Lacher explains. “We felt that was really good. So we threw it together over the past few days and posted it online.”

Lacher tells The Daily Dot that Thoughts & Prayers has gotten more traction than any of the other games in its GOP Arcade series, and that overall the reactions were very positive. The game also became a point of discussion in an AR-15 forum, according to Everyday Arcade’s inbound traffic.

“Assault rifle enthusiasts are discussing the game and don’t like it that much,” Lacher says, laughing.

GOP Arcade seems to enjoy poking fun at the election as well, with games like Trump Toss and Get Trump’s Taxes! also free to play on its website. The project was started in early May with three games. Since then, they’ve added three more. Lacher handles the technical programming while Chris and Brian do the design and sound work.

Lacher thinks it’d be really great to see Thoughts & Prayers affect people’s stances on gun control, giving them pause the next time they advocate for healing without taking proactivity into consideration as well.

“The issue is already so polarized,” he says. “In a perfect world, we’d love to reach people and make them think about things. I mean, if nothing else, think about how empty of a phrase that (thoughts and prayers) is.”