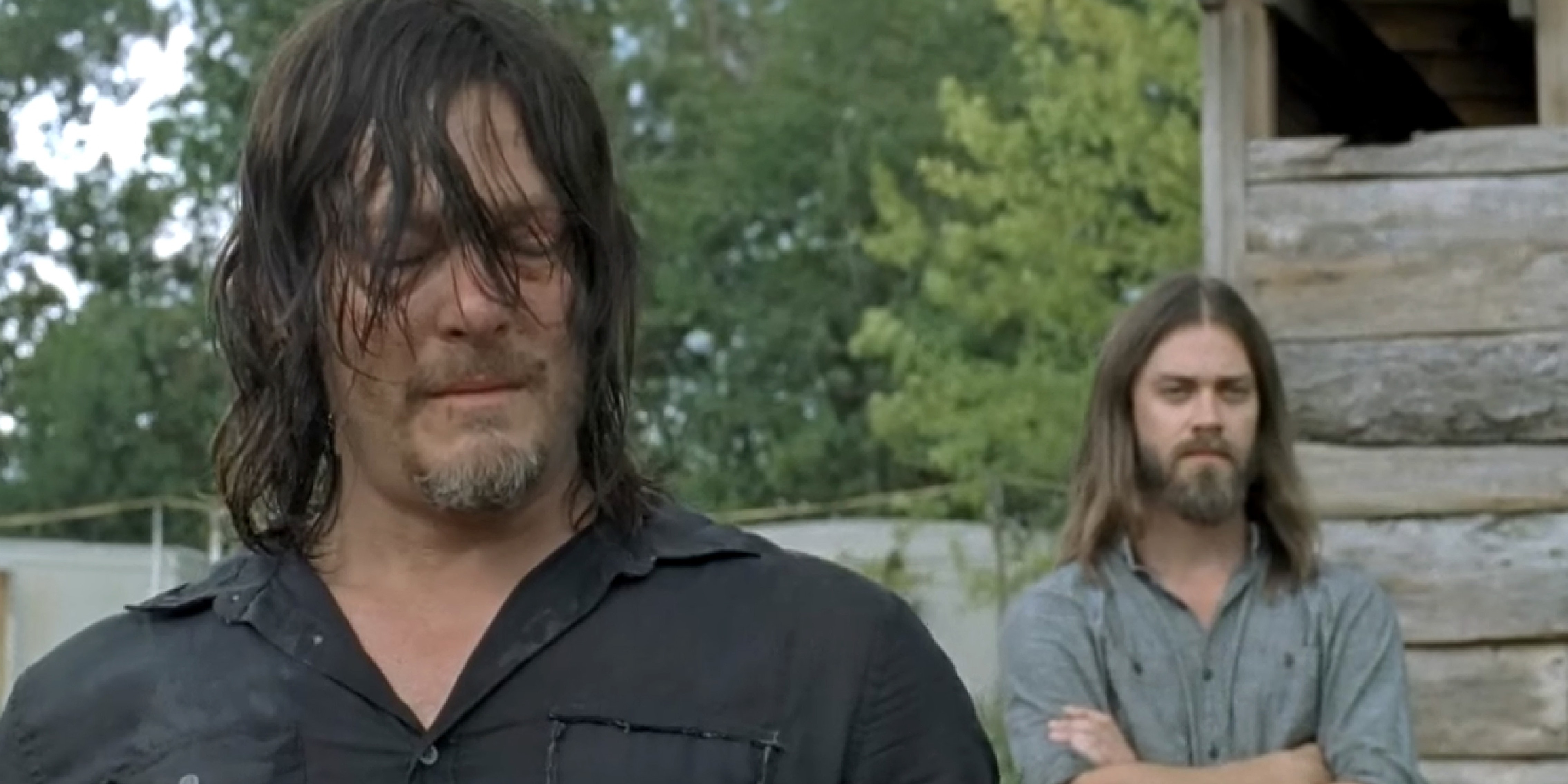 Where we stand after ‘The Walking Dead’ midseason finale

There's no cliffhanger this time, but plenty to discuss.

After half a season of torture, violence, and abuse from Negan, The Walking Dead is finally letting its characters prepare to fight back in full. But it comes on the tail end of eight episodes weighed down by an overbearing villain and gratuitously long run times, which exacerbated even bigger flaws in the show.

The Walking Dead has been divisive among fans, critics, and hate-watchers for some time now. The appearance of Negan at the end of season 6 alongside one of the most polarizing uses of a cliffhanger in recent memory finally pushed some fans to quit the show. Six months later, the season 7 premiere let a bad taste in viewers’ mouths and led some fans who were holding on only to see who Negan killed to pull the plug. Since the premiere, The Walking Dead’s ratings have dropped to a four-year low, although it’s still the most-watched show on TV on Sunday nights.

While the midseason finale didn’t end on the kind of lingering questions that season 6 left us with, fans now have two months to look back, contemplate, and analyze what worked and what didn’t before the show returns Feb. 12.

Where do you go once you’ve gone past the point of no return?

The premiere, of course, shook things up by pushing the envelope too far. It presented Negan not as the hero of his own story, as Negan believes, but as a rather boorish villain (even with all of Jeffrey Dean Morgan’s charisma). He was a constant presence creeping up in every subsequent episode—even in the episodes he didn’t physically appear in—and his constant threats, taunts, sexual innuendos, and suggestions of violence turned him into a one-note character. For all the time we spent with him, we know very little about Negan, and he’s given fans little reason to invest any energy in him.

That doesn’t mean he has to be a likable character—chances are he never will be after bludgeoning Glenn and Abraham to death. But without any sort of backstory or nuance to Negan, it feels like fans are just waiting for him to die. (And that’s not happening anytime soon.)

After the season 7 premiere, the show fell into something of a slog. The second episode introduced us to the Kingdom and was a welcome reprise, but it was a lone bright spot. The rest of the season demonstrated why the show overly relies on violence and shocking, gruesome deaths: It doesn’t have much else. Character moments fell flat. An episode revolving around Tara, who hadn’t been seen in nearly half a season, felt especially sluggish, and it botched her reaction to the controversial death of her girlfriend, Denise. The characters felt as though they were going through the motions until the moment Rick finally decided that he had enough. It didn’t need to take eight episodes, but The Walking Dead had half a season to fill before we got the ending we deserved. Perhaps the back half will invigorate the plot and give the characters more purpose.

The Walking Dead is entirely too long

Plot isn’t the only area where the show has suffered.

If The Walking Dead has felt like it’s been longer than usual lately, that’s because it has. Several episodes have gone over the standard runtime of 43-44 minutes, putting the end time after 10pm ET, and three separate episodes have been extended to air in a 90-minute time slot; the season 6 finale was also 90 minutes with commercials. And as some fans noticed, there are a lot of commercial breaks.

Those episodes—”Service,” “Sing Me a Song,” and “Hearts Still Beating”—were weighed down by Negan himself, pushing character moments that didn’t hit at best and were downright dull at worst. And for all that extra time, The Walking Dead hasn’t done many of its characters justice. It still takes effort to care about Father Gabriel, who’s been around for some time now. And while the finale did kill two characters, they were so thinly fleshed out it’s hard to imagine anyone caring that they’re gone.

Spencer, who was gutted by Negan after attempting to overthrow Rick, was an unsympathetic antagonist. Olivia, who handled bookkeeping at Alexandria and watched Judith while Rick was out on scavenging runs, was the subject of Negan’s taunts and fat jokes (and seemed to exist solely for that purpose) before being carelessly disposed of after Rosita tried to shoot Negan.

Just how long will the Big Three survive

The Walking Dead wants you to believe that no one is safe. Between the show’s producers and Chris Hardwick’s decree on The Talking Dead, everyone wants you to think that anyone could die at any time. Except for a few of the characters, that has never really been the case.

Rick Grimes is the star of the show. We open with his viewpoint into the zombie apocalypse and follow his journey into becoming a semi-efficient leader along with the many scrapes, close calls, and heartbreaks the Group has gone through in the many years since. Daryl Dixon, a show-only character unbeholden to any kind of comic book canon, is a thin character who has had little to do since he journeyed with Beth, but shines mostly because of Norman Reedus. Carl Grimes, once on everyone’s shit list, has become a beacon of hope.

Rick is the lead. Daryl is the fan favorite. Carl is “the future of the show.” None of them have ever been at risk of dying—and Carl even survived a gunshot wound to the face—although recent postings have made some fans worry about Carl’s status. These characters’s ability to prevail goes beyond TV logic.

Fans didn’t believe the powers that be at The Walking Dead when they tried to convince us that Rick, Carl, or Daryl could be Negan’s victim. Each of them gave Negan plenty of reasons to kill them. Yet he didn’t.

When you have a character in your own show ask the villain why he won’t kill the fan favorites and his reaction is basically the shrug emoji, your show has an issue. As we mentioned before, The Walking Dead has been criticized for leaning too heavily on creating drama by killing characters. The flip side of that coin is that there are only so many characters you can kill and still have a show. Fans know this, and until The Walking Dead proves otherwise, the sentiment will probably continue. It’s yet another reason the show needs to find ways to advance the narrative that has nothing to do with who dies next.

Will Negan regret not killing Rick, Daryl, and Carl when he had the chance? That’s something we’ll have to wait until February to find out.