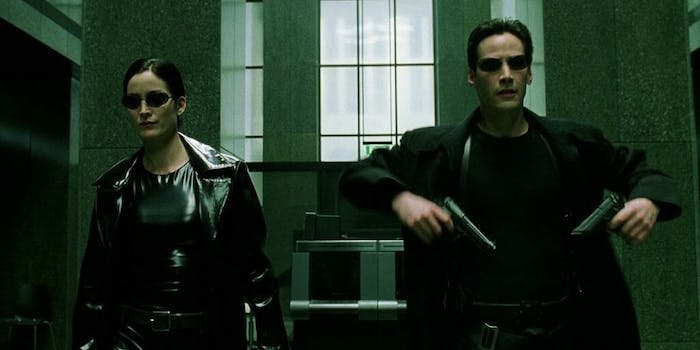 Lana Wachowski will return to write and direct

After years of rumors, The Matrix 4 is finally happening. Variety reports that Lana Wachowski will return to write and direct, co-writing with literary novelists Aleksandar Hemon and David Mitchell (Cloud Atlas), who previously worked with the Wachowskis on Sense8. Keanu Reeves and Carrie-Anne Moss will reprise their roles.

Warner Bros. has long wanted another Matrix movie, knowing that the franchise still has a thriving audience. However, a new sequel seemed increasingly unlikely after the end of Sense8, when the Wachowskis supposedly retired from filmmaking, and shut down their offices. Lilly Wachowski doesn’t seem to be involved in the new Matrix movie, but Lana is well and truly out of retirement. According to Variety, the new film was partly helped by Reeves’ new wave of career success including John Wick.

“Many of the ideas Lilly and I explored 20 years ago about our reality are even more relevant now. I’m very happy to have these characters back in my life and grateful for another chance to work with my brilliant friends,” said Lana Wachowski.

Compared to the recent trend for unwanted sequels and remakes, news of The Matrix 4 was received with universal excitement. While the original Matrix sequels—especially The Matrix: Revolutions—have a dubious legacy, the Wachowskis are still two of the most exciting filmmakers working in the studio blockbuster genre. In the years since The Matrix they’ve grown increasingly bold and experimental, making divisive and memorable films like Jupiter Ascending and Cloud Atlas—not to mention Sense8, their deliciously weird Netflix show.

Since Lana Wachowski is, well, Lana Wachowski, we can assume she has a great deal more creative control than your average director on a Jurassic Park or Star Trek sequel. This is already prompting speculation that The Matrix 4 will bring the trans and queer subtext of the earlier films into the foreground—something else that would make this film unique in today’s blockbuster landscape.