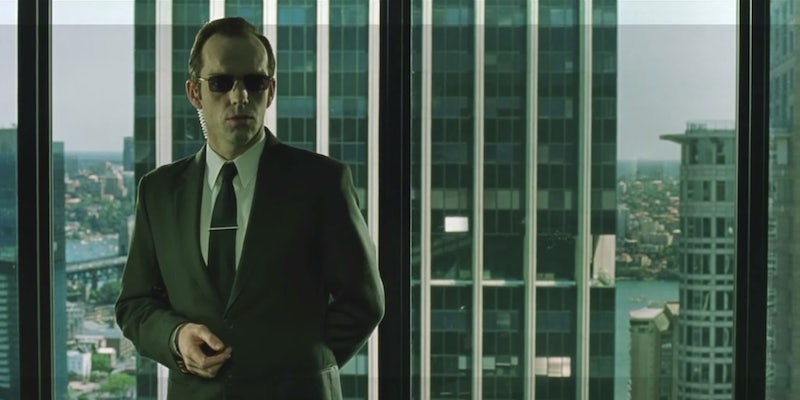 Is Agent Smith really The One in ‘The Matrix’ trilogy?

Does it fit the prophecy, or is it as confusing as the Architect?

Everybody knows Neo is supposed to be The One, the one guy who’s able to manipulate the Matrix, but the true savior of The Matrix trilogy might’ve actually been there for far longer than anyone ever knew.

The Film Theorists argue that despite the anagram in Neo’s name, it’s actually Agent Smith, one of the main antagonists of the trilogy who’s programmed to eliminate any threat to the system and eventually becomes a virus, who saves everyone. It’s by no means a new theory, having been around since at least 2012, but it’s fascinating nonetheless once you dive in past everything you once thought was for certain.

For one thing, Agent Smith has been around far longer than Neo, Morpheus, or anybody else in the series—and the Architect tells Neo that there have been six other versions of The One. He can bend the rules of the Matrix, and he’s able to rebel long enough to request a way out of the Matrix in the first film.

Of course, it’s all in how you interpret it.