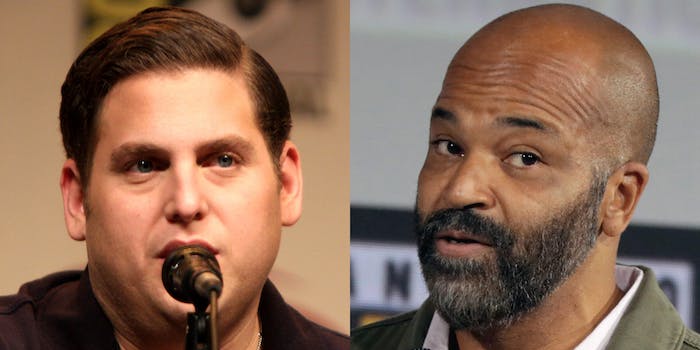 They're up for key roles in Matt Reeves' Batman movie.

Robert Pattinson’s caped crusader might finally have a formative ally on his side and a villain to face off against.

Prior to those reports, Wright shared Reeves’ Batman Day post on Twitter, which is now getting much more traction now that he’s likely joining the cast of Reeves’ film.

Meanwhile, Jonah Hill’s role in The Batman is both much less certain and much more secretive. Variety is reporting that producers have been looking at Hill for a role in the film even before Pattison was cast and that negotiations are still in progress. While we’re no closer to learning who Hill will portray, he will reportedly play a villain.

As for which villain? An earlier report indicated that Reeves’ script is “rumored to have at least two villains, the Penguin being one of them,” and with Hill’s casting, some fans believe it’s the most likely role; the Penguin hasn’t appeared in a Batman movie since 1992’s Batman Returns. Another popular potential villain role that fans believe Hill has been cast in is the Riddler, who was last seen in Batman and Robin.